ST. GEORGE — The Stage Door, the resident non-profit theater company at the Electric Theater in St. George, has announced that its popular production of “Christmas on Broadway” is returning to the Electric Theater. The show will play Thursday through Saturday for two weeks at 7:30 p.m.

Last year the show was so well received the producers decided to bring it back for a second year — but with new performances. Scenes this year are taken from three of the most loved Christmas shows, “Polar Express,” “Miracle on 34th Street” and “Nightmare Before Christmas.”

Production numbers from upcoming Stage Door productions will also be presented. “The Producers” will be presented in February, “Jekyll and Hyde” is scheduled for October 2017 and “White Christmas” will be next season’s Christmas show.

Jared Davis and Kerry Perry wrote “Christmas on Broadway.” The story tells of the goings on behind the scenes of an old theater and thru the eyes of the janitor, Jared Davis, who is charged to care for the facility.

The show is directed by Kerry Perry and the musical direction is provided by Jadon Webster. Choreography is by Chelsea Sweeney and Brayden Morgan.

Tickets are on sale now through Showtix or through the Stage Door website. You can also order by telephone by calling (435) 656-4407. If any tickets remain, they will be available at the door the night of the performance. 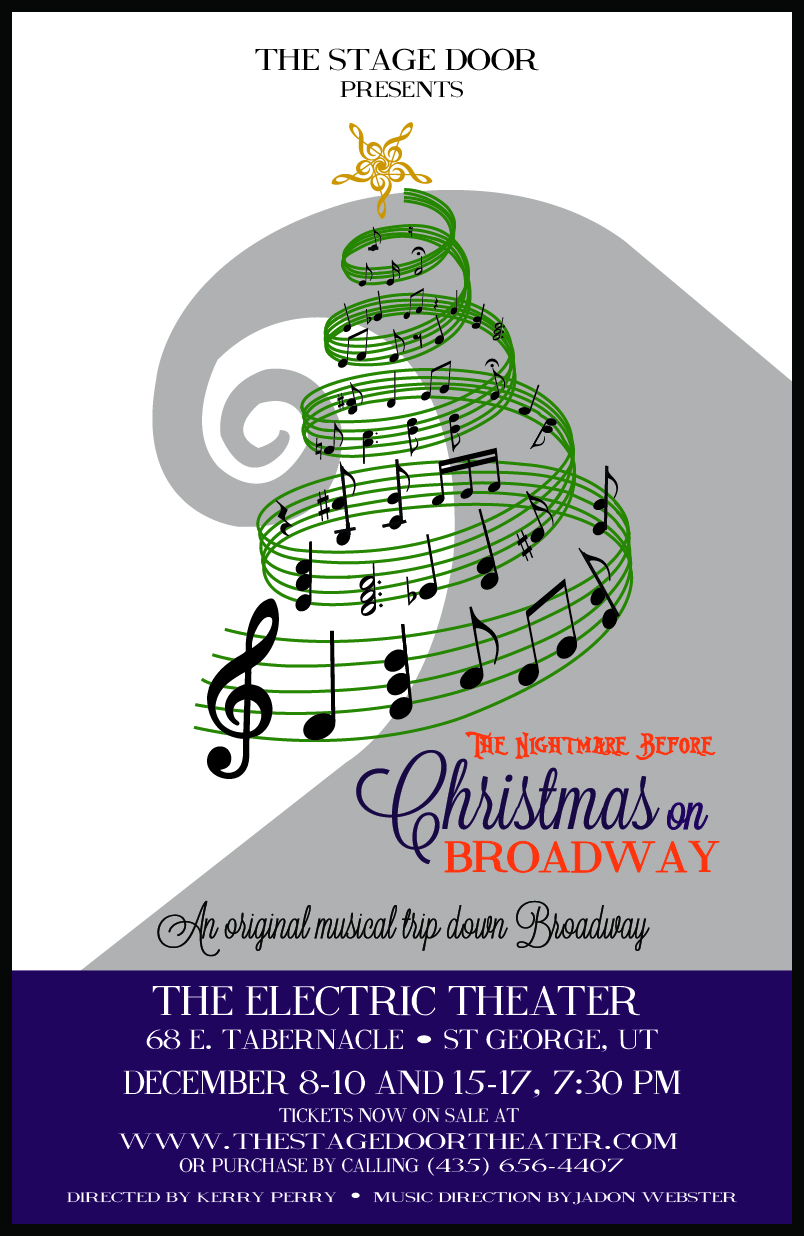