COMMENTARY – It turns out the Utes get to play a post-season game in Levi’s Stadium in Santa Clara after all. However, instead of playing in the Pac-12 title game, Utah will play Indiana in the Foster Farms Bowl on Dec. 28, 2016.

“The Foster Farms Bowl in Santa Clara is a great destination for our players and our fans,” explained Kyle Whittingham. “This will be our second trip to the Bay Area in the postseason, after playing there in 2005, and we are looking forward to going back. We’re excited to be playing Indiana as we rarely get the opportunity to play teams out of the Big Ten.”

Lest you think that Whittingham’s bowl game winning percentage is a distorted statistic based on a small number of bowl games in comparison to others, he currently sits tied for No. 12 for the most bowl wins ever with nine. Notably, he has as many bowl wins as Urban Meyer and he is only one win behind Nick Saban. That’s pretty good company.

Notwithstanding the Utes’ all-too-common late season fade, there can be no dispute that they are a tough out in a bowl game. The initial indications are that this year’s bowl game with Indiana should be no different. The Hoosiers are 6-6, and on average give up more points than they score each game. Accordingly, Whittingham should end up a ridiculous 10-1 in bowl games. 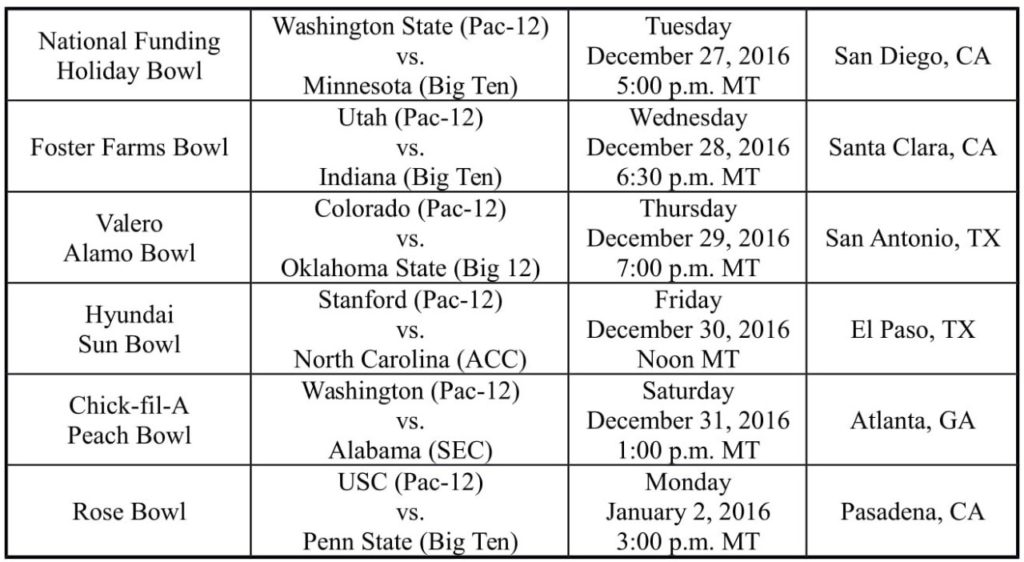 Although the Pac-12 has affiliations with seven bowl games, only six teams were bowl eligible this year, and Washington made it into the four-team playoff, so no Pac-12 team will be playing in the Las Vegas Bowl or the Cactus Bowl.

With the sole exception of Washington, which has a tough row to hoe against top-ranked Alabama, all the Pac-12 teams should be favored to win their bowl games, including Utah.

Here’s hoping the Utes and the rest of the Pac-12 bring some joy to this holiday season and make their fans proud with big wins in their respective bowl games.

Turnovers doom Runnin' Utes in home loss to No. 18 Butler

Bleeding Red: No fairy tale ending for Utah football in 2016