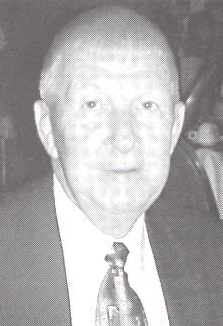 On Saturday, Nov. 26, 2016, our beloved father and grandfather, James “Jay” Paul Hanks Jr., left this world, at last, to reunite with his wife, Darlene Delores Myers Hanks. Jay was born Feb. 16, 1928, to James Paul Hanks Sr. and Rose Florence Kennedy in Sacramento, California. He was their only child.

Jay graduated from Grant Union High School in Sacramento. He was offered a full-ride football scholarship to the University of Southern California. However, he turned it down to join the U.S. Navy during World War II. After WWII ended, he attended Sacramento State College where he was on the Dean’s List and earned a Bachelor’s Degree in Personnel Administration.

After college, he joined the U.S. Air Force during which time he met his wife, Darlene, at a friend’s wedding. After a week of courtship, they were engaged. They married on Aug. 16, 1952, in Reno, Nevada. Jay said, “She was the best thing that ever happened to me.” Early in their marriage, Jay served in the Korean War. They were married 56 years until her passing in 2008. In August 1958 their only daughter, Patricia Ann, was born.

After retirement, Jay and Darlene traveled the world and loved going out on the golf course. They have five grandchildren: Christina, Jennifer, Courtney, Breanna and James; and six great-grandchildren: Madylin, Emmett and Gavin Armstrong, Riley and Daphne Breeden, and Faith Spencer.

For condolences and full obituary, please visit our website www.metcalfmortuary.com.