ST. GEORGE — M & S Turquoise in St. George has launched its 18th annual “Shivwits Toy Drive” to benefit families living on the Shivwits Indian Reservation and throughout Southern Utah. Gifts will be handed out at the Shivwits Band of Paiutes annual Christmas party later this month.

The Shivwits Toy Drive began more than 19 years ago when Glenn Rogers, a jewelry finisher at M & S Turquoise and Shivwits Band councilman, saw that many families on the reservation were struggling, and he asked Jim Sevy for help.

Sevy is in the Native American art business as part owner of M & S Turquoise, a family run enterprise that includes a retail store and a wholesale organization that distributes all over the western United States.

“I saw the opportunity to help, and I never looked back,” Sevy said, “and for us, the Native American plight is right in our face, and we work with many of them and have employed several as well.”

During that first year, the group purchased toys and items for less than 50 children. Today, more than 300 children will receive presents at the annual Christmas party, Rogers said.

Gifts include toys, blankets and clothing.

“Children’s pajamas are a favorite item,” Sevy said, “and many children wear them until they either wear out, or they grow out of them.”

Over the years the program has grown to include numerous businesses and organizations throughout Southern Utah. Many of them become involved by donating either money or items that will be given to the children at the annual event.

Some groups support the cause by volunteering, Sevy said, and a few businesses established donation incentives through the workplace by matching funds with employee contributions.

Hurst Ace Hardware in St. George has supported the cause for years, Sevy said, and in addition to stocking Native American merchandise to support the Shivwits Band, they also help the group by providing significant discounts enabling them to purchase even more toys to give to the children.

Thanks to the growing support throughout the community, the group is now able to help families outside of the Shivwits Band and into other bands of Paiutes, Sevy said, many with significant needs.

Rogers said once a struggling family is identified, the group assesses what those needs are and then provides whatever they can to help each family.

For Rogers, who grew up on the Shivwits Indian Reservation, being able to hand out presents to the kids means a great deal.

“And we are here to help every Native American kid,”  he said. “It doesn’t matter which tribe or band they are from, and really any child in need.”

All five bands of Paiutes benefit from the support and donations from the community, Rogers said, because 100 percent of the money and donations go directly to the children and their families.

“We continue helping families until the money is gone,” Rogers said. “We don’t keep anything and continue providing support until we’ve donated it all.”

Southern Utah is home to five bands of Paiutes, including the Cedar Band, Indian Peaks Band, Kanosh Band, Koosharem Band and the Shivwitz Band. Of all those now living in Washington County, none have been here as long as the Shivwits Band of Paiutes.

If you would like to donate for this cause, drop gifts or monetary contribution off at M & S Turquoise Showroom. Donations may also be made by phone at 435-628-0393. 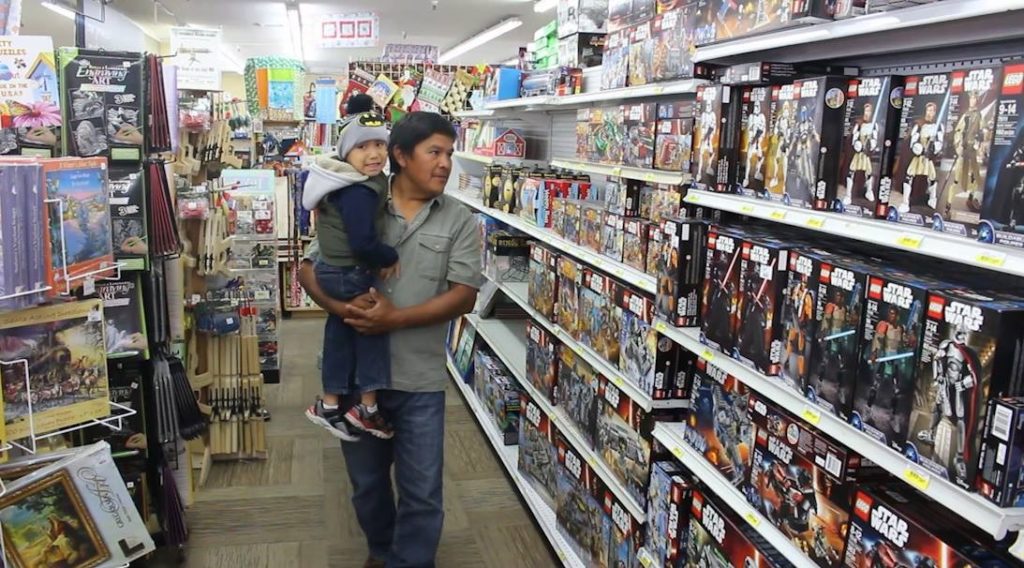 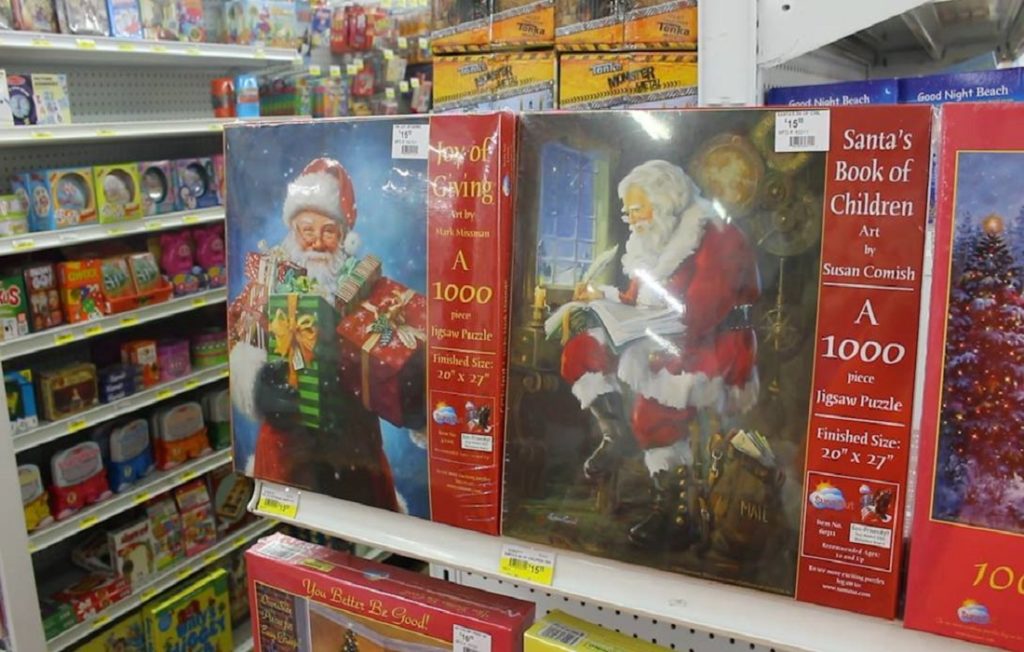 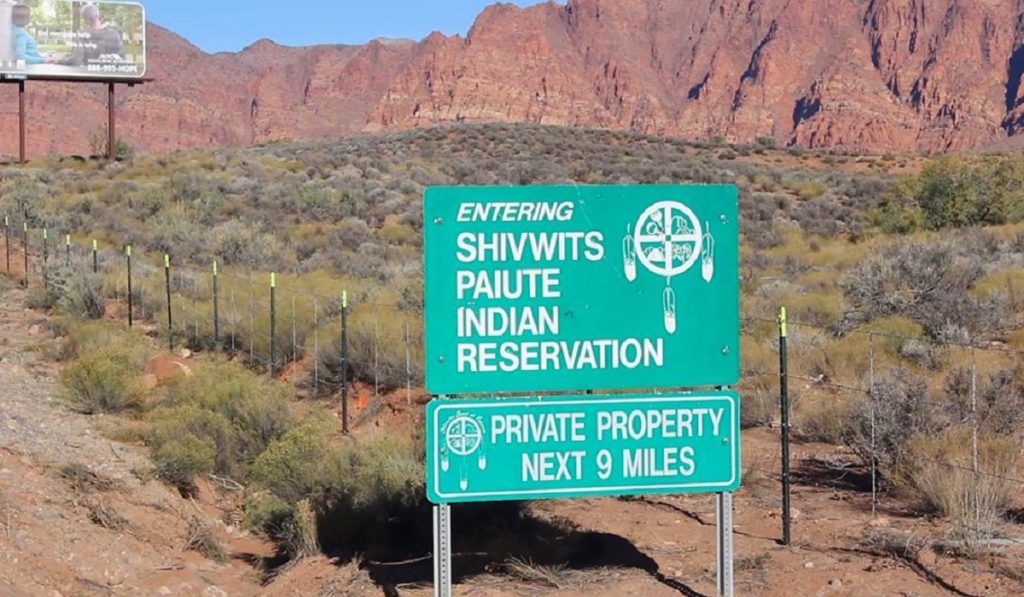 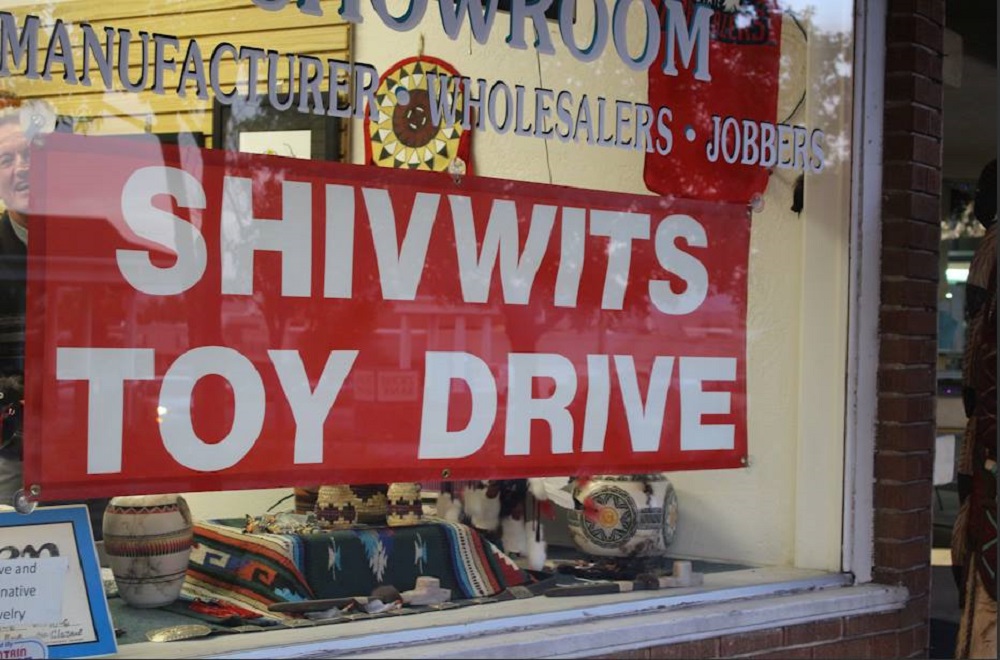