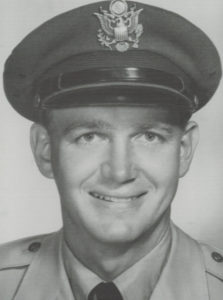 He was raised in the Sugarhouse area and attended Columbus School, Irving Jr. High and South High schools. He graduated from the University of Utah, where he had joined the ROTC and was accepted into a program to train as a pilot. He joined the U. S. Air Force and became a jet fighter pilot and flew the F-84 Thunderjet, the F-84F Thunderstreak and the F-100 Super Sabre.

After four years in the military, he  was employed by the Federal Aviation Administration for the next thirty years. He married Dona Jean Gray and they had three children: Rodney, Dawn, and Pamela. They divorced in later years.

In 1983 he married Jessica (Jessie) Marshall, and the marriage was later solemnized in the Salt Lake City temple of The Church of Jesus Christ of Latter-day Saints. Tom/Dick loved sports. He excelled in playing M-Men basketball and played for many years with the boys of the Fairmont Ward. He also loved to play golf. His teammates and golf partners became his lifelong friends.

He was an active member of the LDS church and served quietly in his callings. He especially loved the years he spent as a volunteer in the baptistery of the Salt Lake Temple. He didn’t like to be in the limelight and enjoyed just being in the shadows. His greatest joy was to be working on his 300-acre farm in Hagerman, Idaho.

Tom/Dick was a gentle giant, and his unassuming ways made him easy to love. His quiet charm and keen sense of humor were endearing to everyone. His family adored him and cherished the times they spent with him. He, in turn, loved them with all his heart, and they are all so sorrowful at his passing.