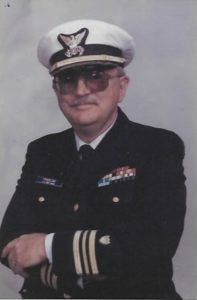 Roberto Johannes Prinselaar passed away on Nov. 21, 2016, at the Southern Utah Veteran’s Home in the arms of his loving wife, Arlene Ann Prinselaar.  He was 87.

Bob was born in Panuco, Mexico, to his Dutch parents, Lambertus Johannes Prinselaar and Wilhelmina Maria Blikkendall-Prinselaar. He was the oldest of three children. Both of his sisters, Beatriz Barra and Ermalinda Piffero, preceded him in passing.

At the age of 6, his family moved to the Netherlands, and when he was 9, they moved to Hopland, California. He was blessed to learn three languages early in life. Even as a youngster Bob enjoyed the outdoors, hiking and guiding visitors hiking up into the mountains. He spent his after-school hours and summers breaking wild horses on various ranches nearby, shipped out for six months on a square rig sailing ship and even spent time exercising race horses at the nearby race track.

After Bob graduated from high school, he joined the U.S. Navy as an E1 recruit and loved being a Boatswain Mate.  He served in Korea, China and Southeast Asia during his nine years in the Navy.

After leaving the U.S. Navy, Bob earned an aeronautical degree and worked in the space industry. With the decline of the space program, Bob found work on an ice breaker for several years before he joined the U.S Coast Guard Reserves. He finally retired as a lieutenant commander after 31 1/2 years of service. Bob then worked all over the western region as a traveling salesman for a concrete company. He was married to his first wife, Cornelia Gietje VanRossum. for 47 years before she passed.

Bob was an avid outdoorsman, hiking, skiing, camping, fishing, running, sailing and golfing as well as being active in the local Dixie Desperados Cowboy Action Group. He even volunteered in the Fresno Search and Rescue.

Following retirement, Bob came to the St. George area where he purchased his home in SunRiver in 2002. He met his present wife, Arlene Ann Smith-Prinselaar, at the Shepherd of the Hills Methodist Church. They were married in 2005 and later they joined the Good Shepherd Presbyterian Church. During their 11 years of marriage, they traveled all around the West Coast in their travel trailer and later traveled the world by ship and air.

Bob is survived by his wife, Arlene Ann Prinselaar, and his two brothers-in-law, Pete Barra and Ernest Piffero.

A special thanks to all the nurses, CNAs and administrators of the Southern Utah Veteran’s Home for their loving and tender care they gave so freely to Bob and Arlene.