ST. GEORGE – Two cars collided in a busy intersection Saturday evening when a driver failed to yield to an oncoming truck before making a left-hand turn; the second leading cause of crashes in Utah strikes again.

At 8:30 p.m. officers and emergency personnel were dispatched to the two-vehicle crash in the intersection of West Sunset Boulevard and Westridge Drive.

See video in media player top of this report.

After speaking with the drivers, officers determined that the Mazda traveling east on Sunset Boulevard was struck as it passed directly into the path of the westbound Ford while making a left-hand turn onto Westridge Drive.

Carter also said that the man driving the Ford swerved in an attempt to avoid the collision, but the Mazda made the turn too quickly and he ran out of time.

The force of the impact sent the Mazda spinning in the middle of the roadway until it came to rest in the eastbound lane of Sunset Boulevard.

Minor injuries were reported from the crash, however no one involved was transported to the hospital.

The man driving the Mazda will be issued citations in connection with the crash, Carter said, including a citation for failing to yield on a left-hand turn.

The man driving the Ford said he just got his truck back less than one week ago from a body shop after a piece of equipment fell on the hood and smashed it.

Failing to yield is among the three most common types of crashes in St. George, police Sgt. Craig Harding told St. George News earlier this year.

Here in the Beehive State, a crash occurs every nine minutes, a person is injured in a crash every 22 minutes and a person dies in a crash every 34 hours, according to a Utah Department of Public Safety 2014 report.

On average, 90 people are killed in motor vehicle accidents nationwide – every single day.

Click on photo to enlarge it, then use your left-right arrow keys to scroll through the gallery. 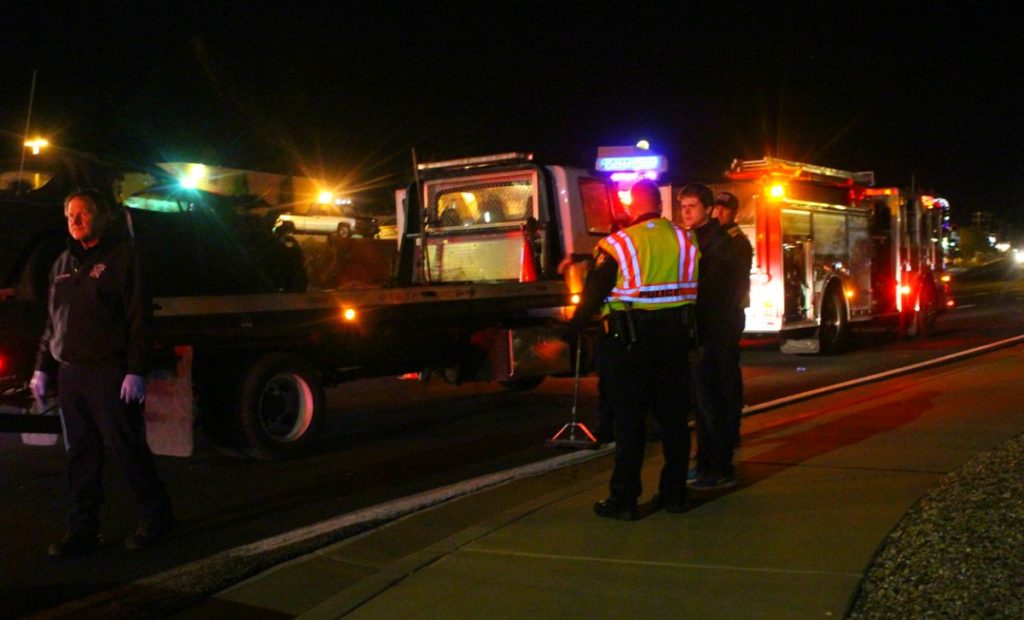 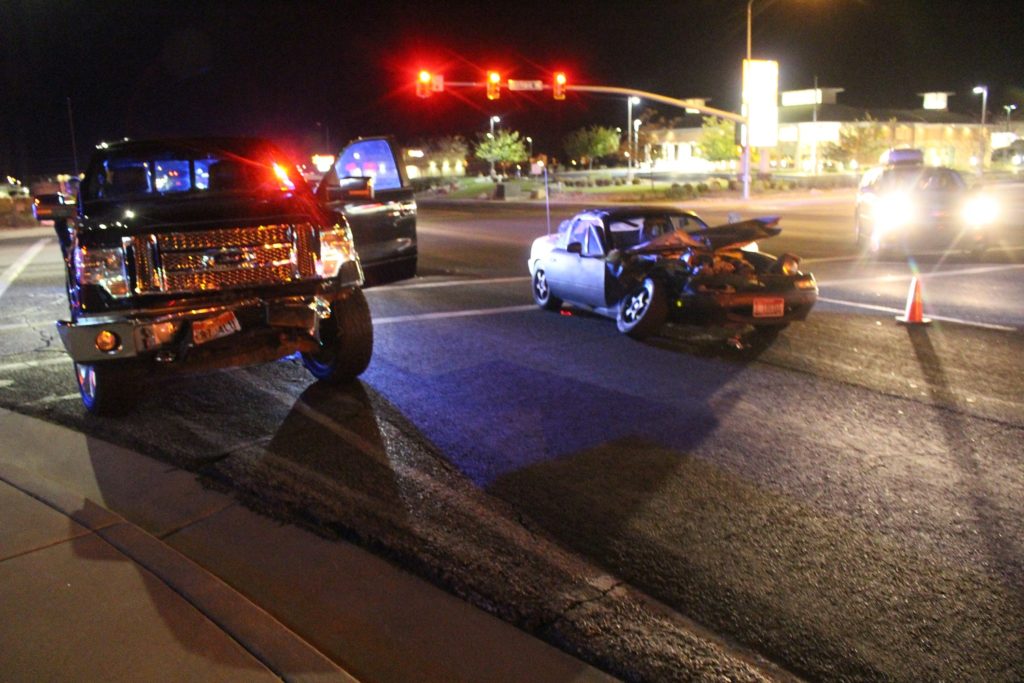 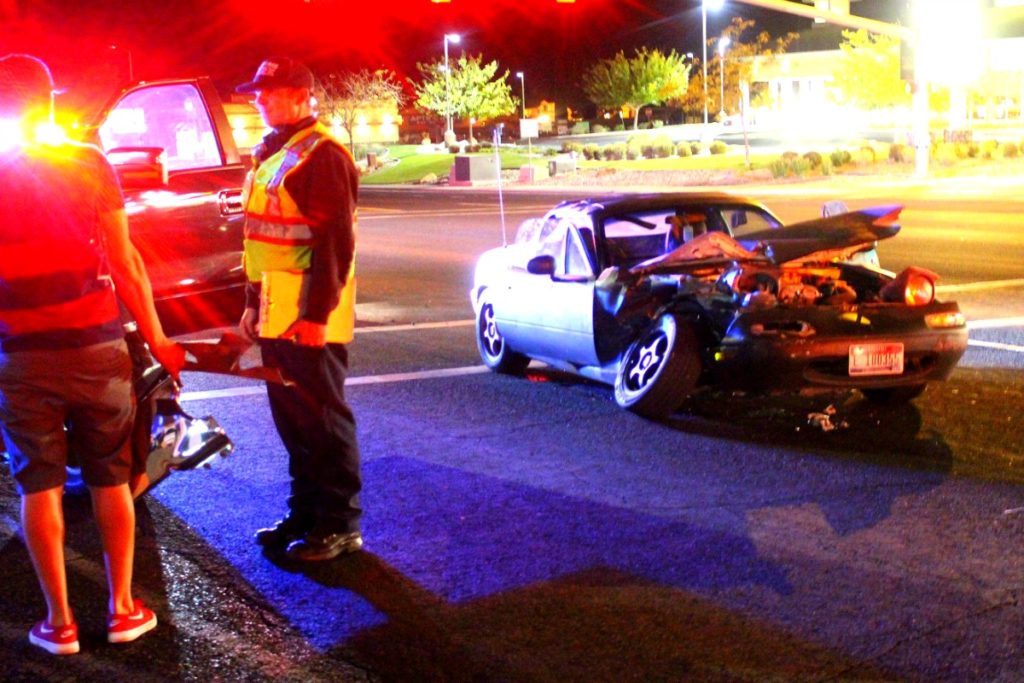 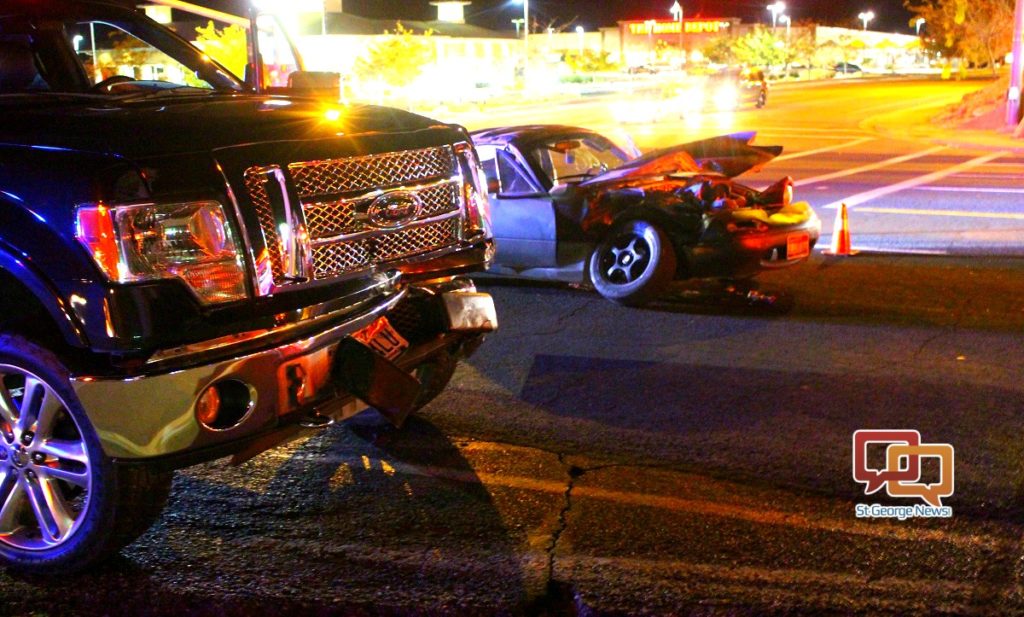 File The Ford F-150 sustained frontal damage during the crash, while the Mazda Miata was extensively damaged after a collision caused when a driver failed to yield on West Sunset Boulevard Saturday, St. George, Utah, Nov. 26, 2016 | Photo by Cody Blowers, St. George News 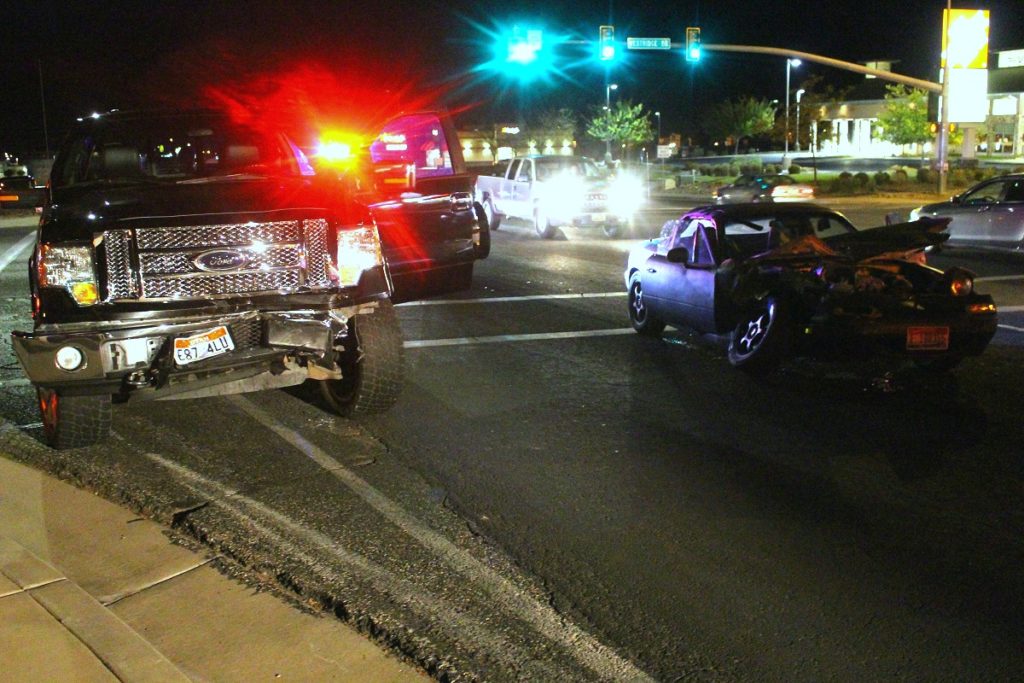 3 cars collide after teenager fails to yield on left turn