SANTA CLARA — An early morning crash in Santa Clara brought numerous responders to a truck that first went off the road and then off a cliff after the driver fell asleep at the wheel.

At approximately 3:30 a.m. officers and emergency personnel were dispatched to a single vehicle crash on West Pioneer Road near Lava Cove Drive in Santa Clara.

The driver, a man in his 20s, sustained minor injuries in the crash, Nelson said, however he told officers he would go to the emergency room at Dixie Regional Medical Center in St. George on his own.

After speaking with the driver, Nelson said, emergency responders determined that the man was traveling west on West Pioneer Road and fell asleep at the wheel. He then veered off the right shoulder of the roadway before falling at least 25-30 feet straight down into the lava rocks below.

Once the truck left the roadway it was similar to a free fall down to the bottom, which was covered in large rocks and boulders, one witness said at the scene.

The force of the impact caused extensive damage to the front end of the Ford and caused the injuries to the driver.

The man was wearing a seat belt at the time of the crash, and the airbags did deploy upon impact, the fire chief said, which may have prevented serious injuries during the crash.

The truck was pulled from the ravine by two tow trucks using a winch. Once it was returned to the roadway it was towed from the scene.

No citations had been issued when Nelson was interviewed for this report as the incident remained under investigation.

Santa Clara-Ivins Police and Fire and Rescue departments responded and tended to the scene.

This report is based on preliminary information in part provided by first responders and may not contain the full scope of findings. 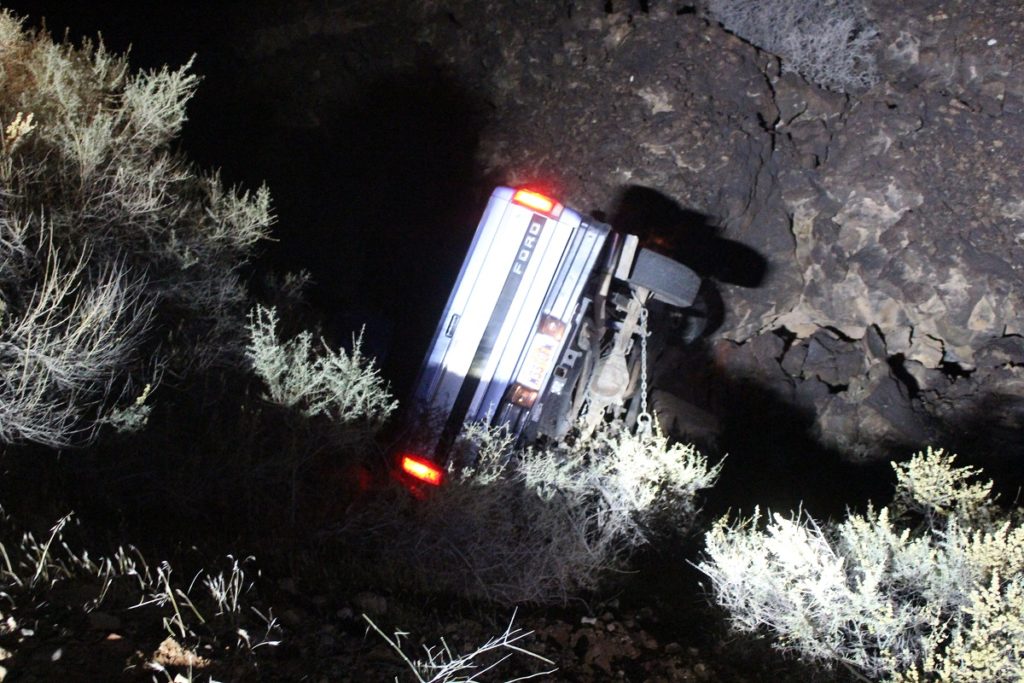 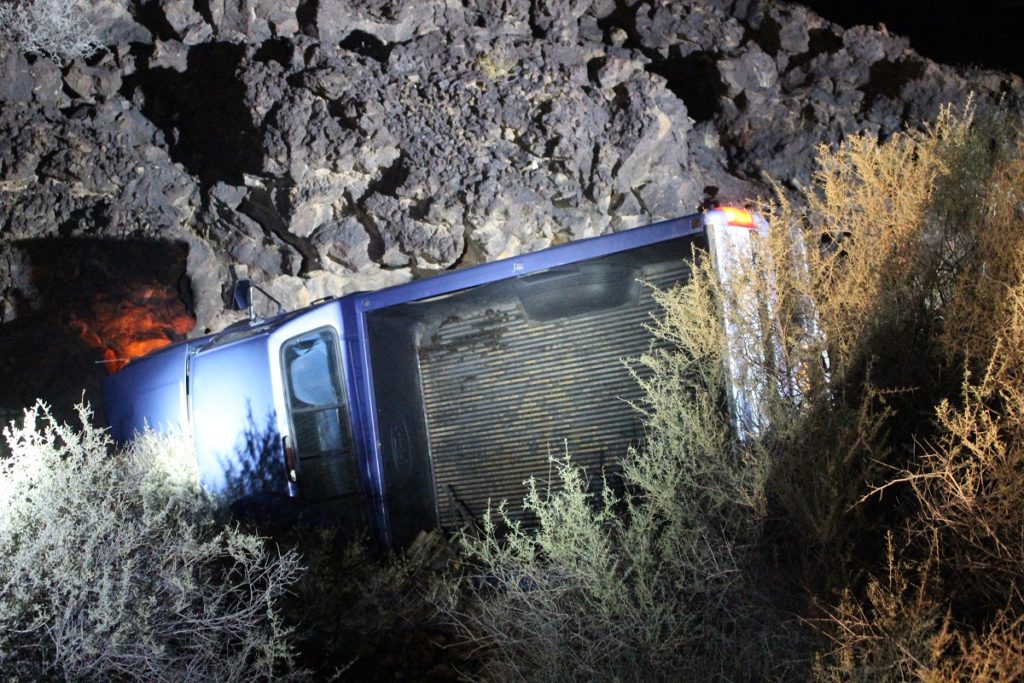 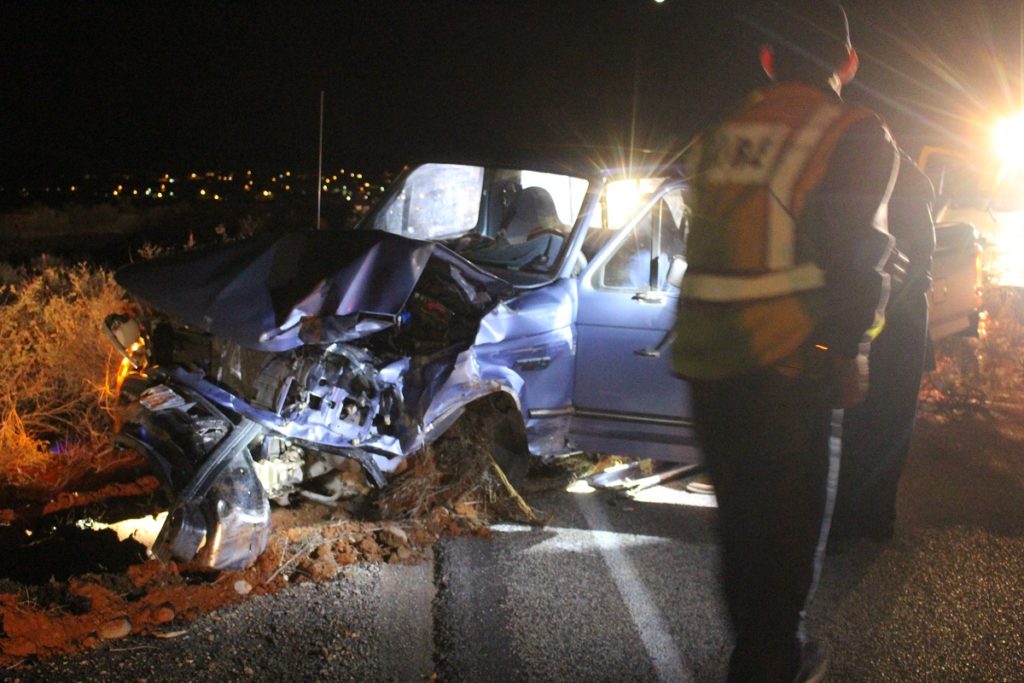 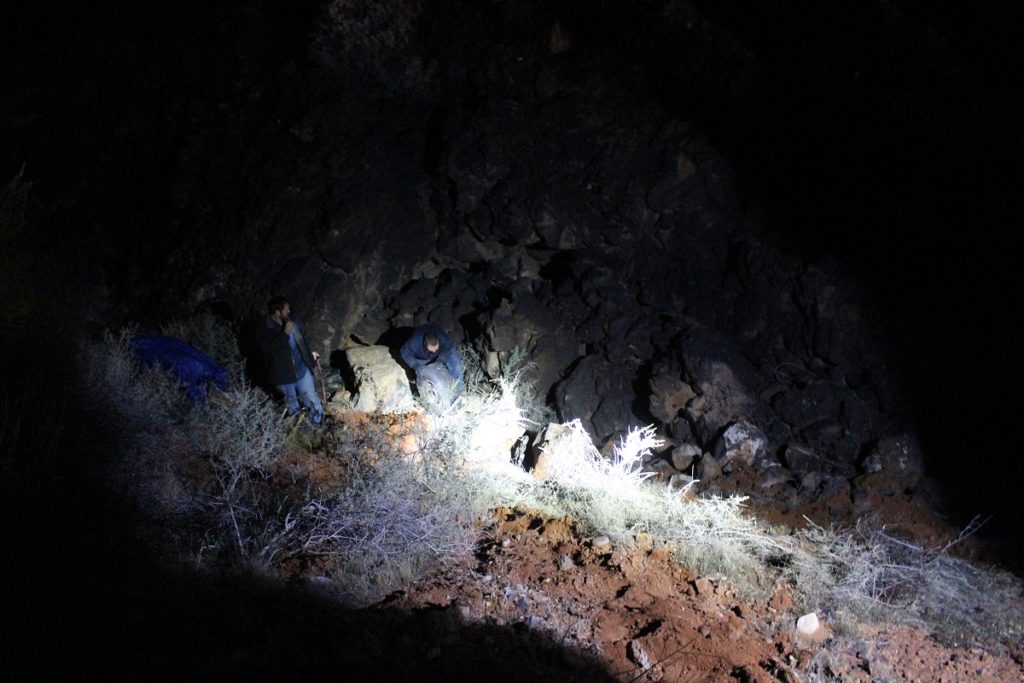 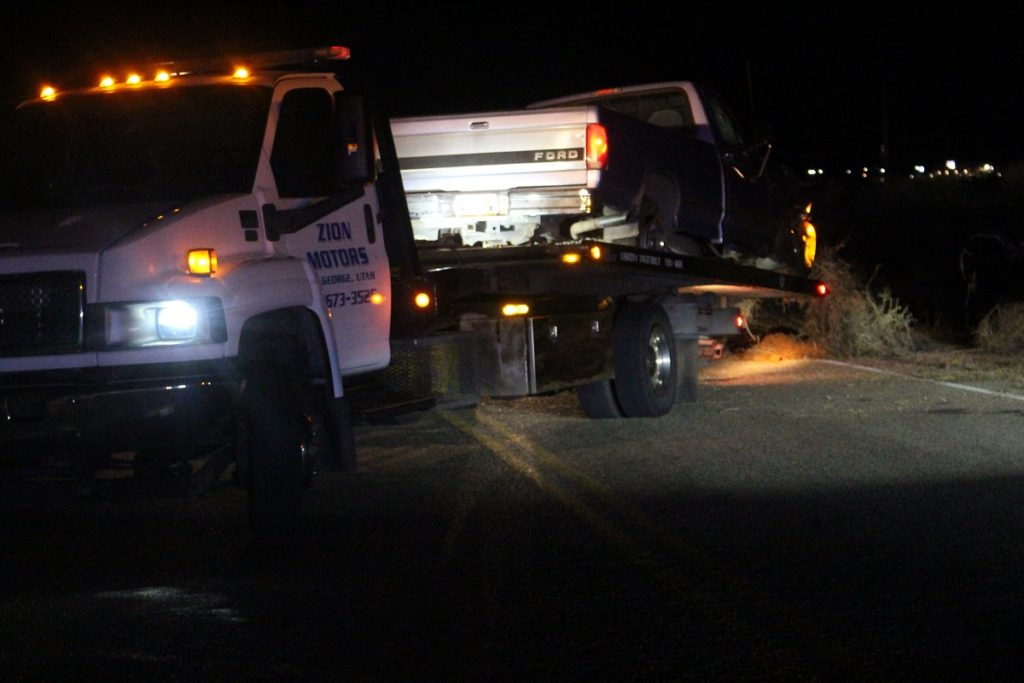 Tow truck involved in recovering a blue Ford pickup that off the road and over a cliff when the driver fell asleep on West Pioneer Road Friday morning, Santa Clara, Utah, Nov. 25, 2016 | Photo by Cody Blowers, St. George News