ST. GEORGE — Officials investigating the death of a female are requesting the public’s help Wednesday in identifying the young woman.

A man and his wife located the unidentified female on Sept. 28 off a roadway on north Highway 93 between Kingman, Arizona, and the Hoover Dam. The man and woman had been hiking in the area when they came across the body in a ravine.

The deceased female is described as an African American or biracial female, with black or dark brown hair, between the ages of 13 and 17 years old, approximately 5 feet 7 inches tall and weighing between 105 and 130 pounds. The female had pierced ears with no noticeable scars or tattoos.

The body’s estimation of exposure time was one to two weeks, Mohave County Sheriff’s Office said in a statement issued Wednesday, adding that dental records obtained are being uploaded into the National database while DNA samples obtained are being processed for a profile.

As this report is published, the Mohave County Medical Examiner has been unable to determine a cause of death.

Due to exposure and decomposition a photo of the deceased woman was not obtained. The Sheriff’s Office, however, released reconstruction images Wednesday from the National Center for Missing and Exploited Children and a reconstructionist from the Oklahoma State Bureau of Investigations.

“These images are reconstructions and may only resemble the true image,” officials said. 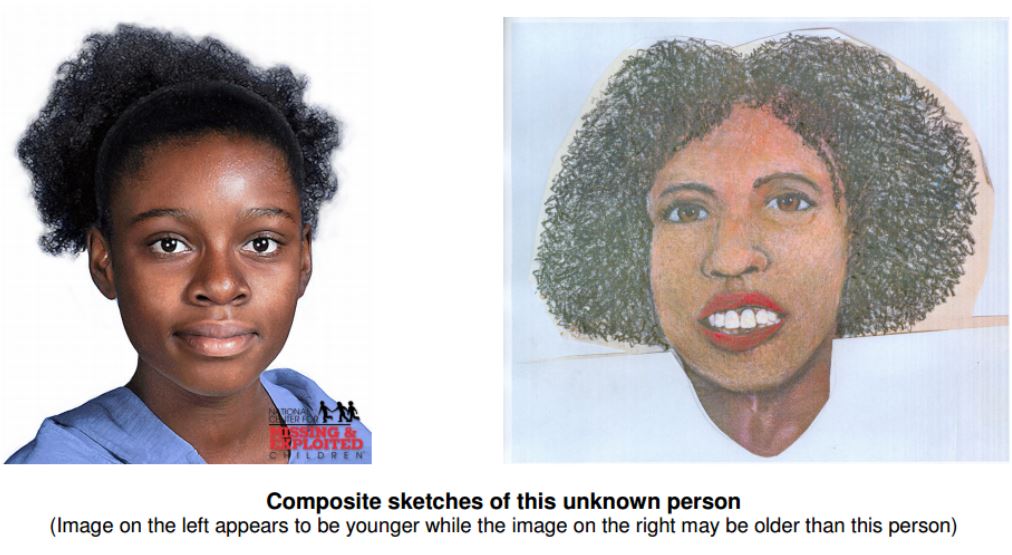 The Mohave County Sheriff’s Office is currently investigating leads with the assistance of the National Center for Missing and Exploited Children and agencies from Nevada and California.

The Sheriff’s Office is also asking for the public’s assistance in identifying the deceased female.

Anyone with information on a missing person matching this description is asked to please contact Det. John Goodwin or the Detective Division at the Mohave County Sheriff’s Office at 928-753-0753 ext. 4288, or Silent Witness at 928-753-1234.