COMMENTARY – Another year and another bowl game for the BYU Cougars football program.

Some people are. Others, not so much.

Look, there are two ways to look at this opportunity. You can be optimistic and appreciative that the Cougars are going bowling for the 12th straight year, or you can be pessimistic and see it as a lowly bowl that BYU had to settle for, further confirming the program as nothing more than mediocre.

The Poinsettia Bowl invitation was accepted last Saturday right after BYU beat Southern Utah and became bowl eligible. It was a 30-point win over an FCS opponent to give the Cougars a 6-4 record. Was it an impressive win? Not really. It was hard not to compare BYU’s score against SUU to Utah’s, a 24-0 Utes win. Is 37-7 better than 24-0?

Still, a sixth win in this 2016 campaign is nothing to sneeze at. While BYU has lost four games by a total of eight points, the Cougars also have three extremely close wins – Arizona by two, Toledo by two and Mississippi State in overtime. It’s fun to think that BYU is just eight points from being 10-0, but remember, the Cougars are just three close games away from being 3-7 as well.

Plus, there were many college analysts and fans alike that figured BYU becoming bowl eligible in 2016 may not even happen, given the extremely difficult 2016 schedule and a new coaching staff. Although the Poinsettia Bowl is not a big bowl game, it is a marker on how teams gauge their success each year. For Kalani Sitake to take his completely overhauled staff, new defensive and offensive schemes and team full of question marks to a bowl in his first year against such stiff competition gives hope that BYU is on its way to much bigger bowl games in the future.

Admittedly, there are a lot of bowl games now – 41, to be precise. For nearly a century, college bowl games were only offered to the top college football programs. It was a special reward for the best of the best. It was not uncommon for a team to go 8-3 or 7-4 and have little or no chance to go bowling. In fact, most bowls were tied to conference championships.

Over the years, more and more bowl games have been added to the point of actually seeing teams with losing records (5-7) being invited to bowl games. In 2015, the 41 bowl games required 80 teams to participate (remember that the playoff had two teams play in a second bowl game). Of those 80 teams, 15 did not have winning records. There are only six current bowl games that are part of the new college football playoff (two per year host the semifinals and one hosts the championship, with the Sugar, Orange, Fiesta, Rose, Cotton and peach bowls rotating as hosts).

Clearly, bowl games have become devalued dramatically over the years with only three to six games having really deep meaning. Bowl games are a dime a dozen now.

That fact actually makes going to a bowl game almost a requirement for any head coach. Consider Bronco Mendenhall, who led BYU to 11 straight bowl games while in Provo. He took the Virginia job and the Cavaliers are sitting at 2-8 right now. No bowl game for UVA. No chance to extend the season. No reward for a decent year. 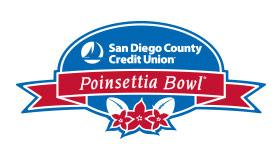 As for Coach Sitake and the BYU Cougars, the Poinsettia Bowl isn’t too bad, and I’m convinced that there will be bigger bowls in the near future.

By the way, the Mountain West Conference winner is committed to the Las Vegas Bowl, but beyond that, the Poinsettia Bowl committee can select any other MWC team. There are three or four teams in that conference that are having excellent seasons. San Diego State is 6-0 in conference and 9-1 overall, while Boise State, Wyoming and New Mexico are all 5-1 in conference and BSU is sitting at 9-1 overall as well. These next couple of weeks will iron out who BYU will face, but regardless, the Cougars will have their hands full on Dec. 21.

As for BYU, with only two regular season games left, the Cougars look to continue their winning streak this week at home versus 2-8 UMass (noon kickoff on BYUTV). BYU is a 30.5-point favorite against Massachusetts.

Blue Blood is a sports column written by former BYU lineman and captain Scott Young. The opinions expressed are not necessarily those of St. George News.

Win No. 6 for BYU comes at expense of SUU T-Birds

Blue Blood: Cougs looking to finish on a roll with eye on bowl invite