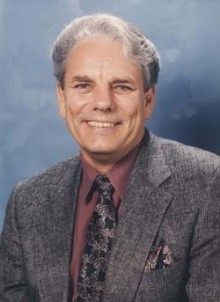 In an unexpected moment, Jerry Emmett Benson, a beloved husband, father, grandfather and great-grandfather returned to our Heavenly Father, Oct. 30, 2016, at the age of 76. He was born May 23, 1940, in Salt Lake City, Utah. Jerry was the only child of Dean William Spenst and Marilyn Francis Emmett. Jerry spent his childhood attending school in California and summers with his beloved grandparents in Utah. During those summers, he found much joy in the time he spent with his grandfather, Frank Pingree Emmett. Gramp, as Jerry called him, taught him many life lessons while hunting and fishing.

Jerry graduated from Weber High School in 1958 and met his wife, Nanette Parker, their senior year. They were married on Aug. 1, 1958, in Ogden, Utah. On Nov. 20, 1973, they were sealed for time and all eternity to each other and their two children, Diana and Scott, in the Ogden Temple.

Jerry attended college and trained to be an architect. However, he quickly learned he did not like working at a desk all day, so he visited an employment agency looking for a new job. They said they had an opening for a pressman, so he applied. He thought it was a machine shop, but when he got there he found it was a printing press. When asked if he could run it, in typical fashion, he said, “Sure,” even though he had never seen a printing press before. Printing became his career and he owned his own printing company for over 36 years.

With his very optimistic outlook and a to-do-list in his pocket, Jerry was very active and accomplished much in his life. He enjoyed being outdoors and going on adventures. His passions included: waterskiing, flying small aircraft, the outdoors, biking, and so much more. Accomplishments he was especially proud of were riding his bike from Ogden, Utah, to Glendora, California, climbing Mount Whitney with friends and restoring his 1967 Bronco. Jerry was able to do just about everything he made-up his mind to do. He could design, build or repair anything. He had tools for every task and loved to help others with these talents.

Jerry resided in Glendora, California, for 43 years and was an active member of The Church of Jesus Christ of Latter-day Saints. He was known by many as the best home teacher they had ever had. In his later life, he learned to love the scriptures and read the entire standard works. His testimony was strong and he was always willing to serve. In 2012, Jerry and Nan left their California home for Leeds, Utah.