FEATURE – Trails, rails, roads and routes have been connecting people and places in the U.S. since its earliest days allowing travel on foot, trains, automobiles and bicycles; but now a national system of bike routes is emerging with connecting routes through some of Southern Utah’s most dramatic landscapes.

Similar to the Old Spanish, Santa Fe and Oregon trails used by early settlers, the Lincoln Highway used by automobiles and the interstate highway system that facilitated long-distance and even coast-to-coast travel, the national route for bicyclists has an aim and a name: the United States Bicycle Route System.

The bicycle route system was established in 1978 by the American Association of State Highway and Transportation Officials. In 2008, the association approved a national-level corridor plan, a news release from Utah Department of Transportation said. The system gained input from agencies and organizations including the Federal Highway Administration and Adventure Cycling Association.

To date, over 11,000 miles of U.S. bicycle routes have been officially designated in 24 states, according to the Adventure Cycling Association. When complete, the bicycle route system will encompass more than 50,000 miles of routes and open up amazing new opportunities for cross-country travel, regional bicycle touring and commuting.

This developing bicycle route network will not only create better riding conditions and more visibility for cycling across the country, it will also grow bicycle tourism and local economies with very little investment.

There are 539 miles of national bicycle routes in Utah.

U.S. Bicycle routes 70 and 79 now officially span Southern Utah winding through seven counties from its Nevada to Colorado borders. The two routes, designated with new green signs, converge in Iron County. Rural communities along the stretch are hoping their local economies can pick up some tourism from the movement, a UDOT news release said.

Bicycle Route 79 enters from Nevada near the town of Garrison on state Route 21 and extends southeast through Milford toward Cedar City.

Bicycle Route 70 enters Utah on the eastern border west of Monticello on U.S. Highway 491, moves south to Blanding and then veers northwest passing near Natural Bridges National Monument, over the Colorado River at Hite’s Crossing, east through Capitol Reef National Park, then south and west along All-American Road and Scenic Byway 12. The route passes Bryce Canyon National Park before moving to Scenic Byway 14 and descending below Cedar Breaks National Monument.

Utah is famous as the meeting place of the transcontinental railroad in Promontory with the placement of the golden spike where the two halves of the train route connected.

“Rather than the gold associated with the meeting of the rails,” UDOT’s news release said, “adventure seekers are now looking for green to be found along a national system of designated bike routes intended to connect the Atlantic to the Pacific.”

With the completion of the two bicycle routes in Utah, UDOT held a ceremony Oct. 26 in Cedar City using “golden bolts” to install the last sign on the Utah routes at the point the two converge. On hand were local city, tourism and UDOT officials and cycling advocates to celebrate this milestone as a new way to travel the state and the country.

This national bicycle route also joins local efforts in making it easier to travel by bicycle.

The Southern Utah Bicycle Alliance officiated a ribbon-cutting Oct. 29 for the first of several planned cycling routes in Washington County, specifically the Veyo Loop. This first route is now marked with 25 directional signs to help local and visiting cyclists navigate its 40 miles.

The city of St. George, in conjunction with the Southwest Utah Public Health Department, has nearly completed installation of over 150 navigational signs on city trails and surface streets. These signs indicate destinations and the related travel time for both pedestrians and bicyclists.

These projects are just one more reason why bicycling is expanding nationally not only as a recreational activity but as a legitimate form of transportation.

U.S. Transportation Secretary Ray LaHood summed it up best when he said:

“The U.S. Bicycle Route System is not just a bunch of bike paths; we’re talking a transportation system. It will facilitate travel between communities and to historic and cultural landmarks. It will give people living in more rural areas a way to travel into a nearby urban area by bicycle. Urban and suburban residents will have better access to rural recreation areas. And — like our interstate highway system — it will facilitate long-distance travel by bicycle, whether across one’s state or across the country.” 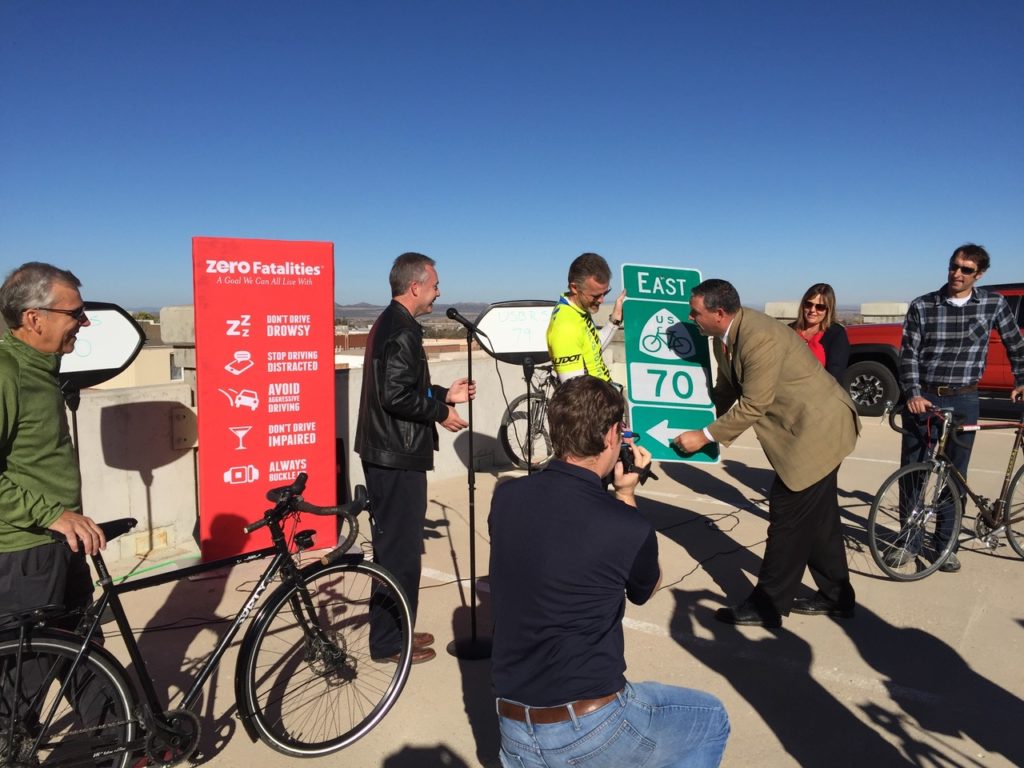 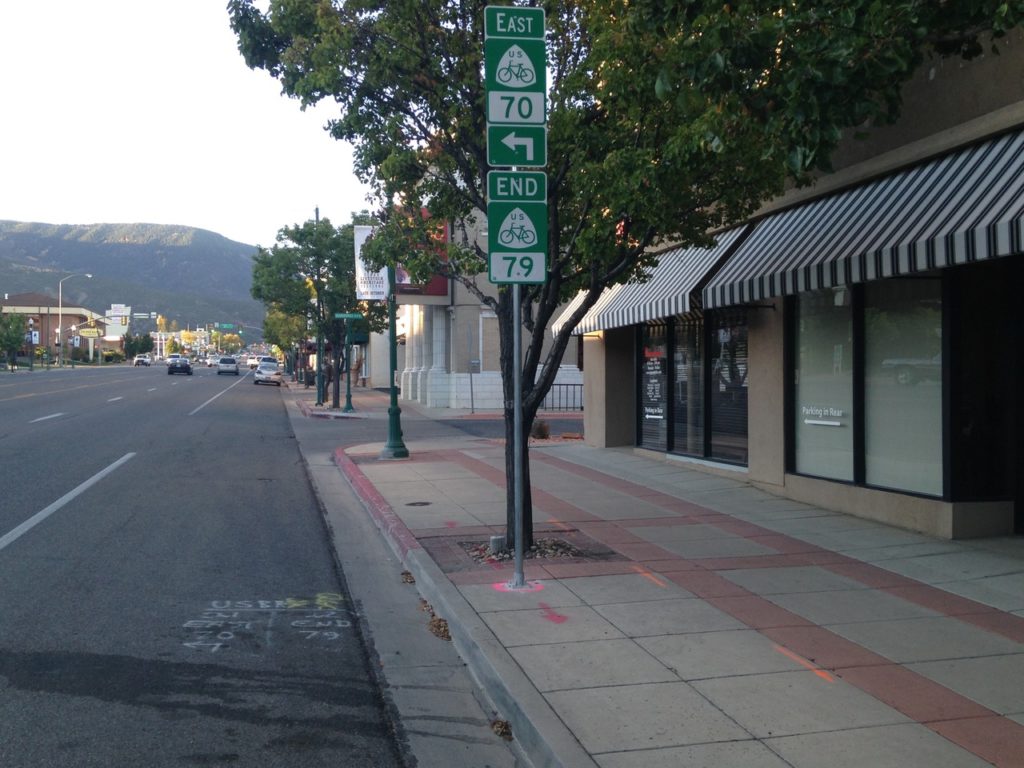 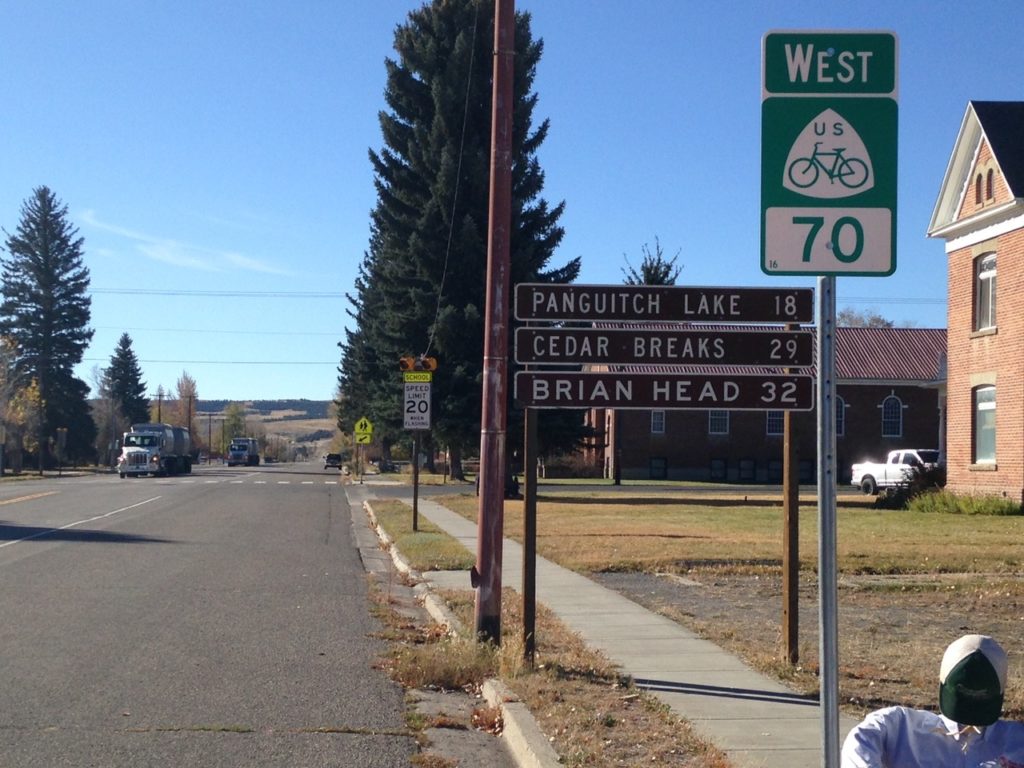 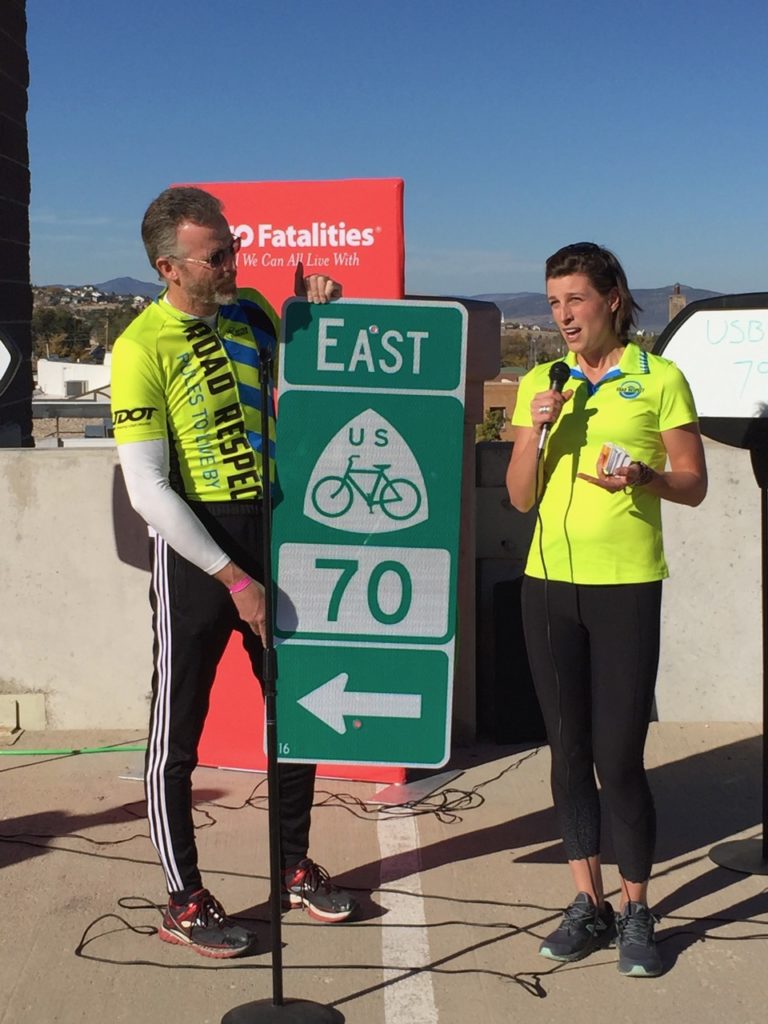 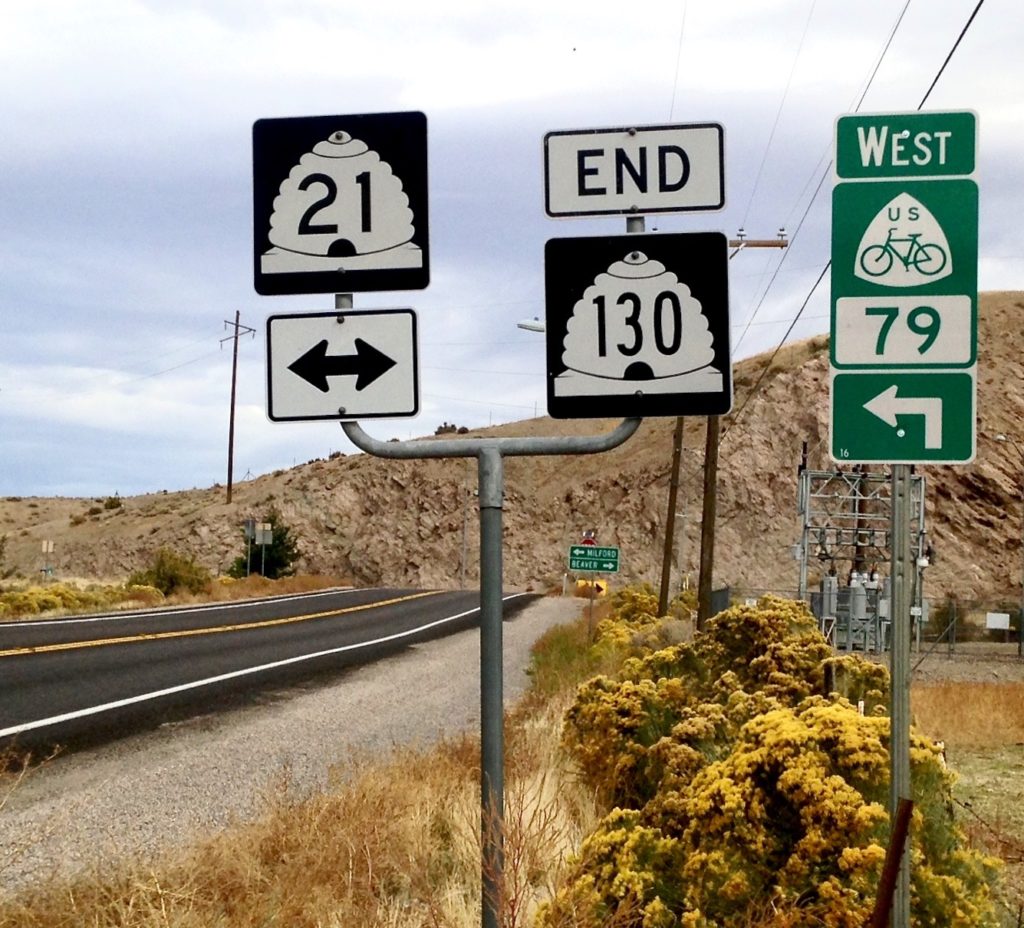 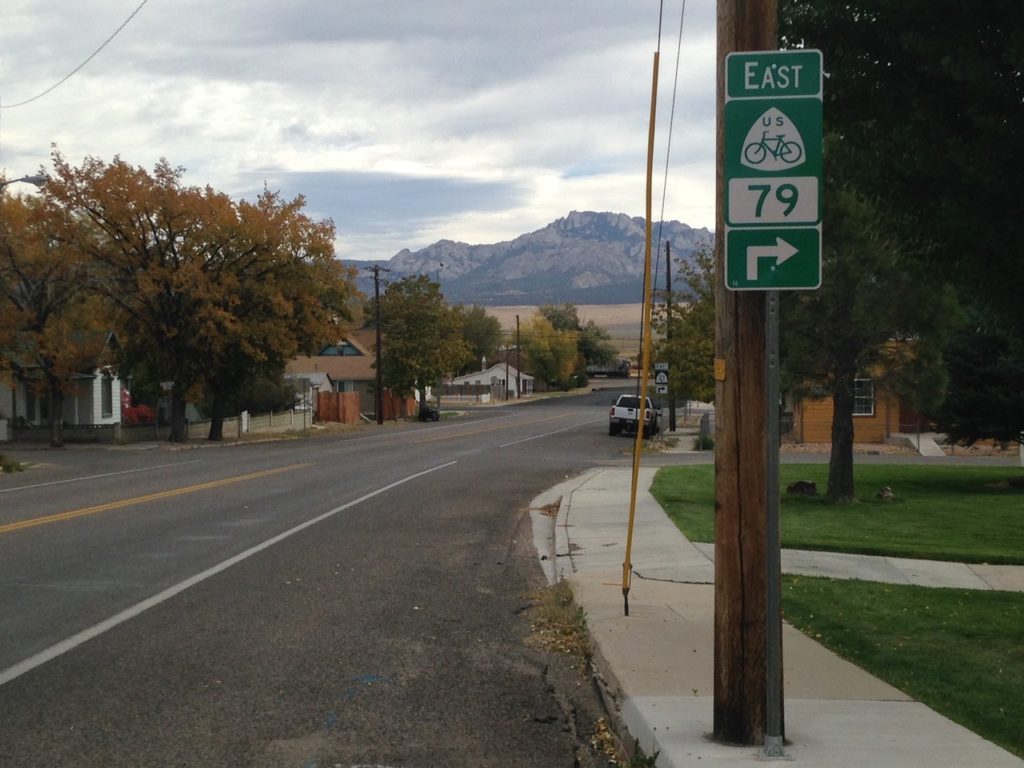 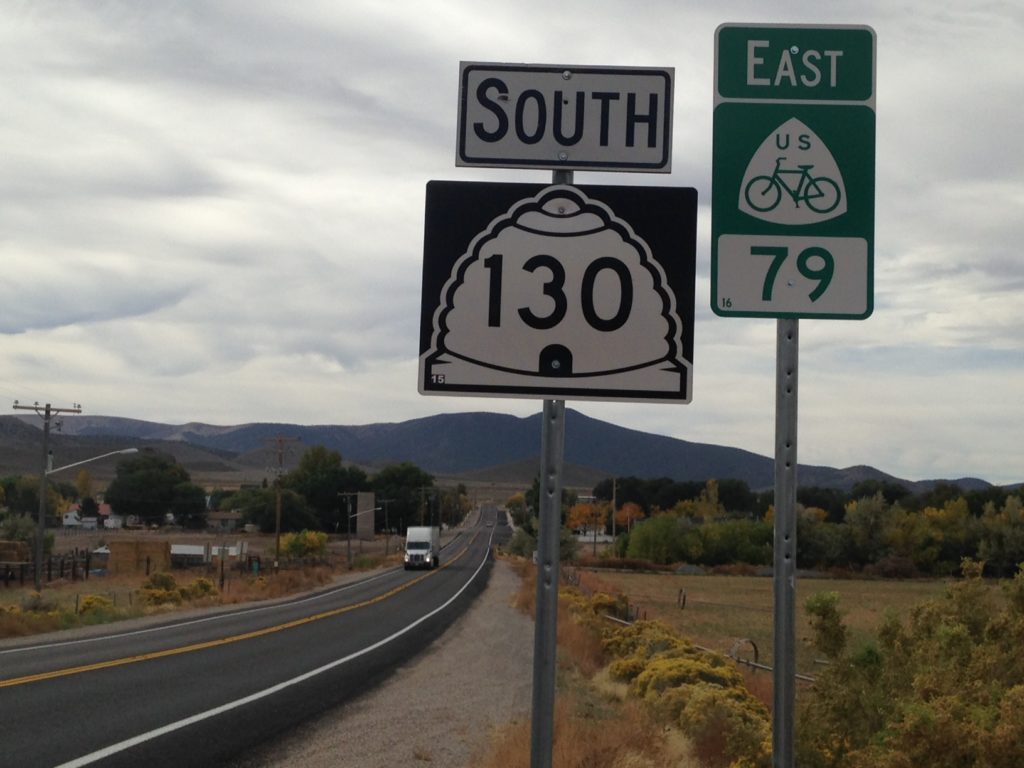 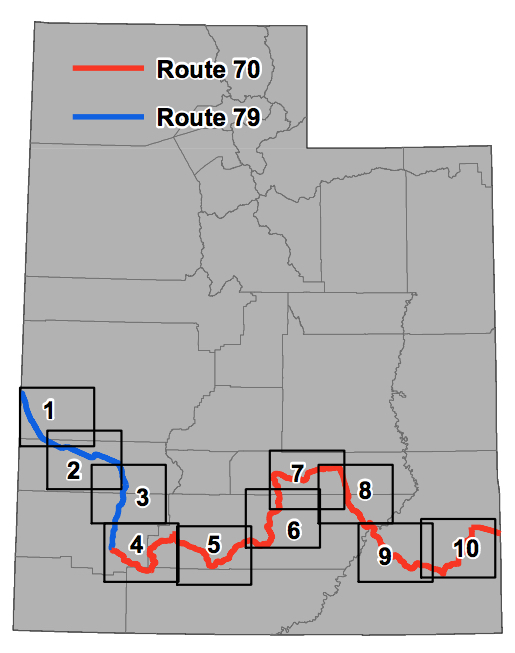 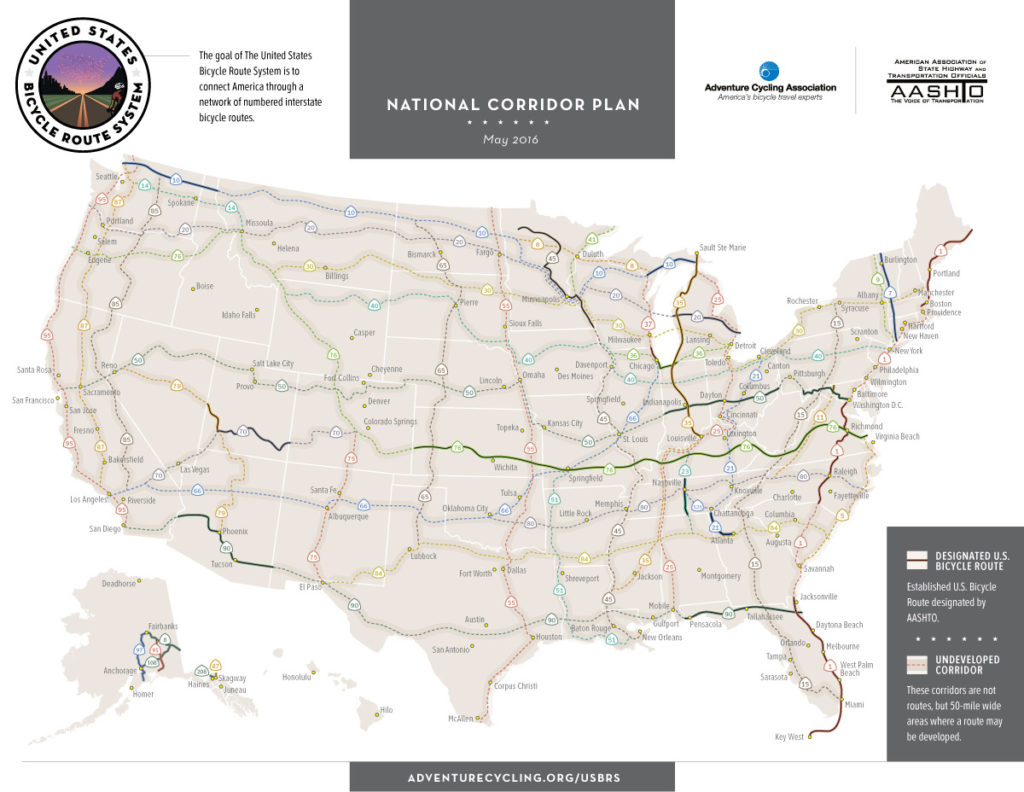 Road Respect column is developed in partnership with the Southern Utah Bicycle Alliance, a nonprofit advocacy organization devoted to making cycling safe and convenient for everyone who rides a bike. Opinions stated are those of the columnist and may not be representative of St. George News.

Craig Shanklin, a resident of Ivins, is retired from the health care industry. He holds several degrees, including a Master in Business Administration. Craig is currently serving as president of the Southern Utah Bicycle Alliance, a member of the Snow Canyon citizens advisory team, an appointed member of the St. George active transportation committee and a member of the Healthy Dixie Council.