IVINS — Cyclists from throughout Washington County gathered at Unity Park in Ivins Saturday morning to participate in a ribbon-cutting ceremony for the Veyo Loop bike route.

In May, during National Bike Month, Washington County became the first county in the state to receive an official designation as a “County Road Respect Community” — a county that promotes cycling safety and respect between cyclists and motorists.

Creating safe bike routes and fostering good relations between drivers and cyclists are important qualifications to becoming a “Road Respect Community.” The Veyo Loop designation is part of Washington County’s commitment to creating a two-way street of respect between motorists and cyclists.

“The main thing with the goal of road respect is for education purposes,” Washington County Commissioner Zachary Renstrom, said.

Road respect education is twofold: one, to educate motorists to be aware of cyclists on the road, to know that they do have a right to be there and to give them proper space; and two, to educate cyclists to be respectful on the roads and to know and understand the laws.

Cyclists at the ribbon-cutting participated in an inaugural ride of the officially designated Veyo Loop. Before they pedaled off, Southern Utah Bicycle Alliance secretary Kai Reed implored them to be ambassadors for all other cyclists.

“Let’s prove our point that cyclists and motorists can share the road,” Reed said.

The basic Veyo Loop begins in Ivins, then travels toward Gunlock Reservoir and rises above the town of Gunlock to Veyo. At Veyo, cyclists head south via state Route 18 toward St. George, then return to Ivins.

The route is a popular training route for competitors in the Ironman 70.3 St. George and was part of the full Ironman St. George course. Riders love it not only for the challenge the route presents — particularly the climb out of Gunlock toward Veyo — but also its breathtaking scenery, Renstrom said.

Another reason the route is popular is because of Veyo Pies, a signature stop along the route where cyclists can enjoy a piece of pie before continuing on their ride.

“If you don’t stop and get a piece of pie or a cookie, you’re crazy,” board member of the Southern Utah Bicycle Alliance and passionate cycling advocate Marc Mortensen said.

Cyclists in attendance at the ribbon-cutting received welcome news from Ivins Mayor Chris Hart who announced that improvements to the top portion of the road through Snow Canyon State Park have been approved. Among other things, the road, beginning from the point where the Whiptail Trail — the park’s paved cycling and walking trail — ends, the road will be widened to create bigger shoulders where cyclists can safely ride, he said.

Ivins City received its designation as a “Road Respect Community” in 2014. Though Hart admits that he didn’t always have a strong understanding of the need to have a community that supports cycling, he is now committed to cycling and creating a safe community for cyclists to ride in.

“We welcome you,” Hart said to the cyclists at the ceremony.

More county bike route designations are in the works. 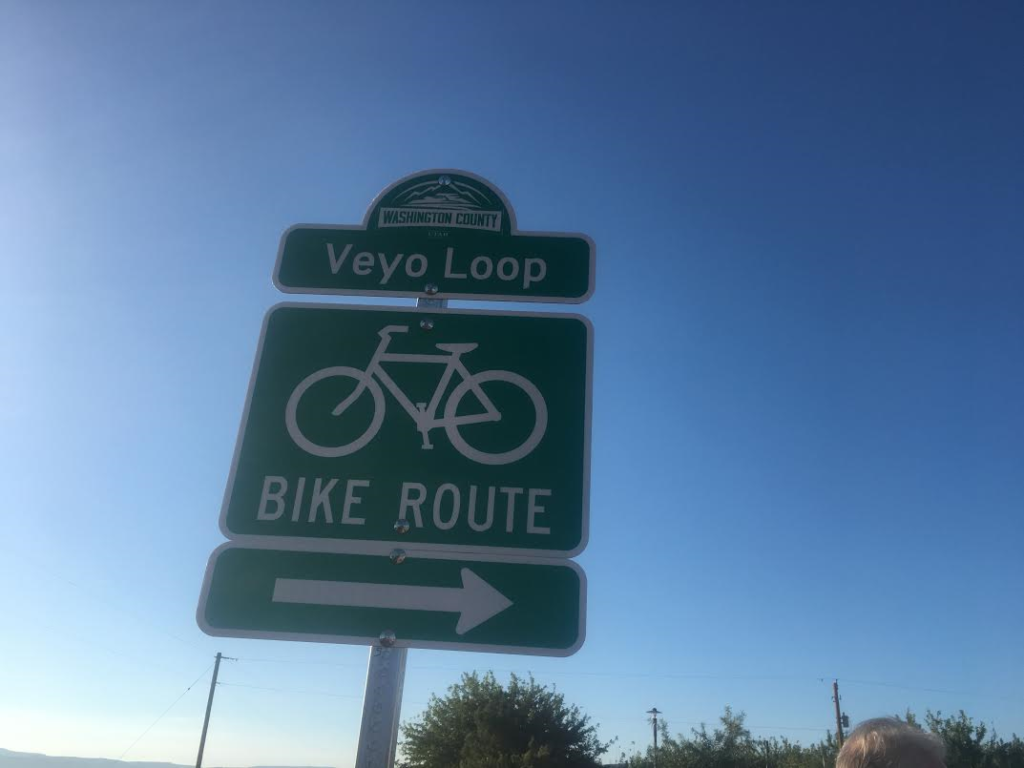 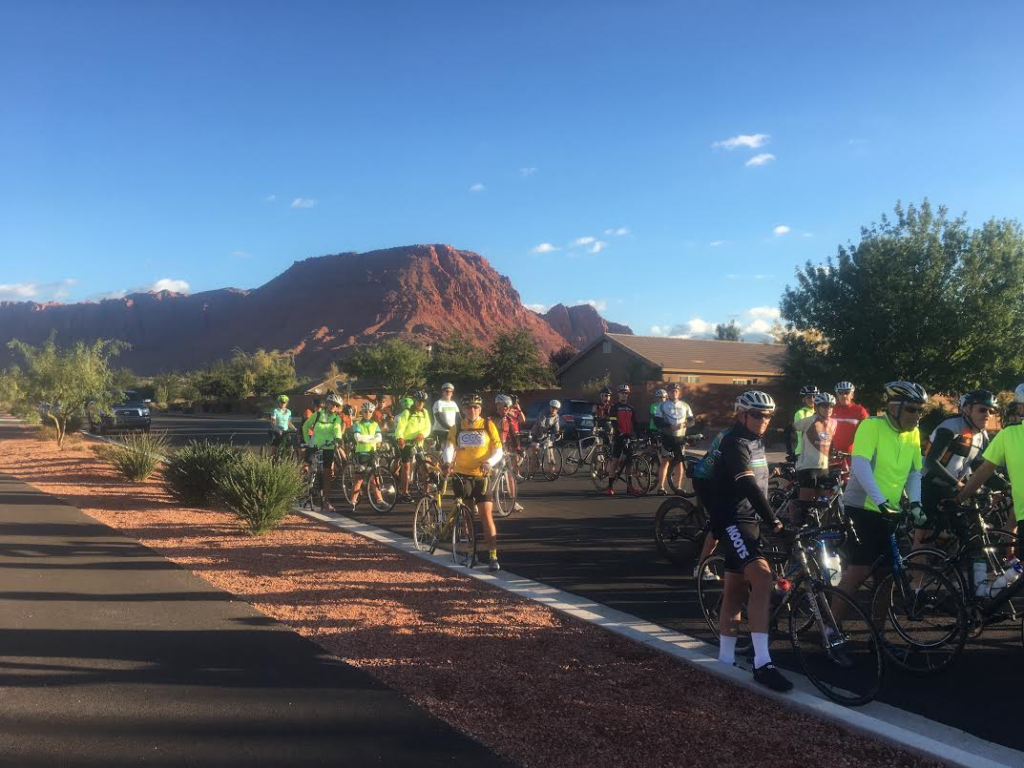 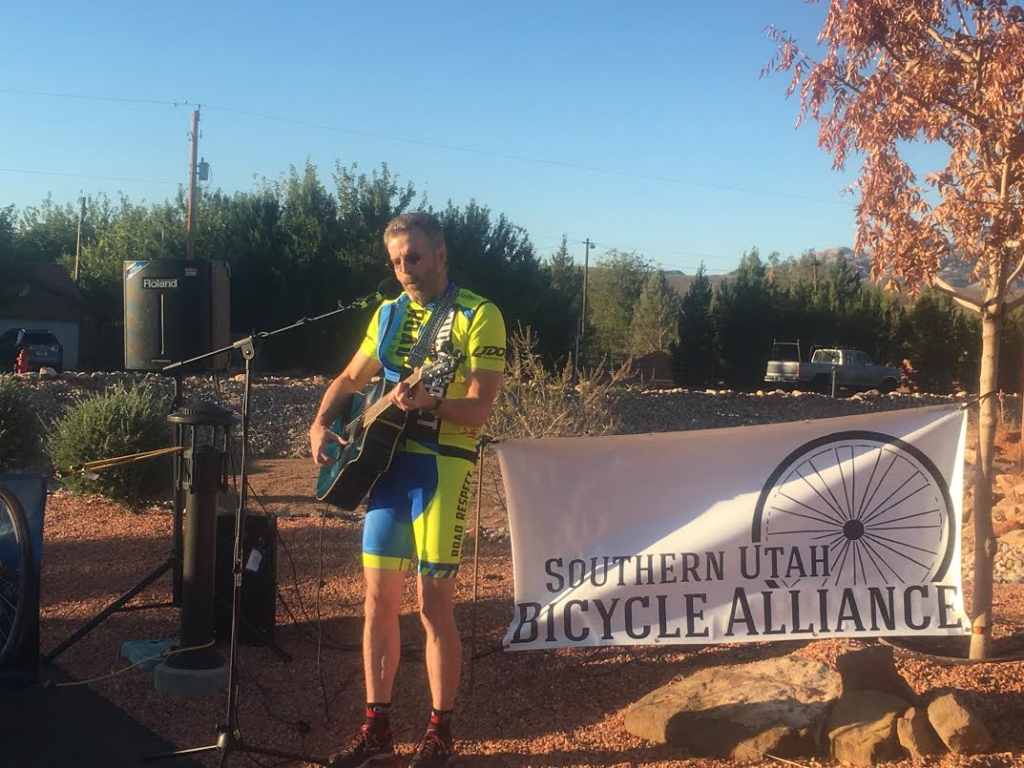 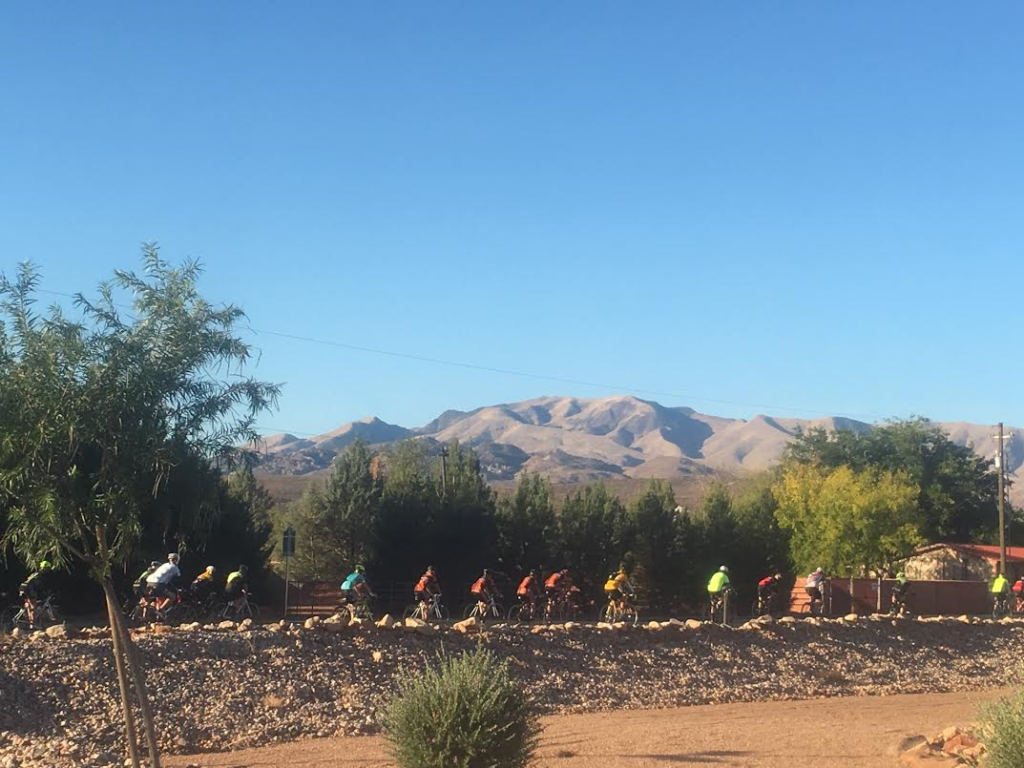 Road Respect: Myths, tips on who pays for roads, how to ride roundabouts