ST. GEORGE — A driver was found conscious but unresponsive Thursday after leaving the roadway and crashing head-on into a concrete wall. Police said a medical issue may have contributed to the incident.

Just before 1 p.m. officers and emergency personnel were dispatched to the corner of 2320 W. Circle and 2000 North in St. George, where they found a white 2016 Ford Escape crashed into a cinder-block wall and a 68-year old man sitting in the driver’s seat.

Officers found the driver unresponsive, Trombley said, although he appeared to be awake and was breathing on his own when officers approached.

The man was immediately transported to Dixie Regional Medical Center.

The driver had been traveling east on 2000 North when he started veering to the right, the officer said.

The car left the roadway, went up on the curb, over the sidewalk and into the grass before crashing head-on into the cinder block wall on the side of a residence.

Through the investigation, officers determined that the driver may have suffered from a medical issue or condition that could have contributed to the crash, Trombley said.

Damage to the cinder block was minimal, however, the vehicle sustained extensive front end damage during the crash and was towed from the scene. 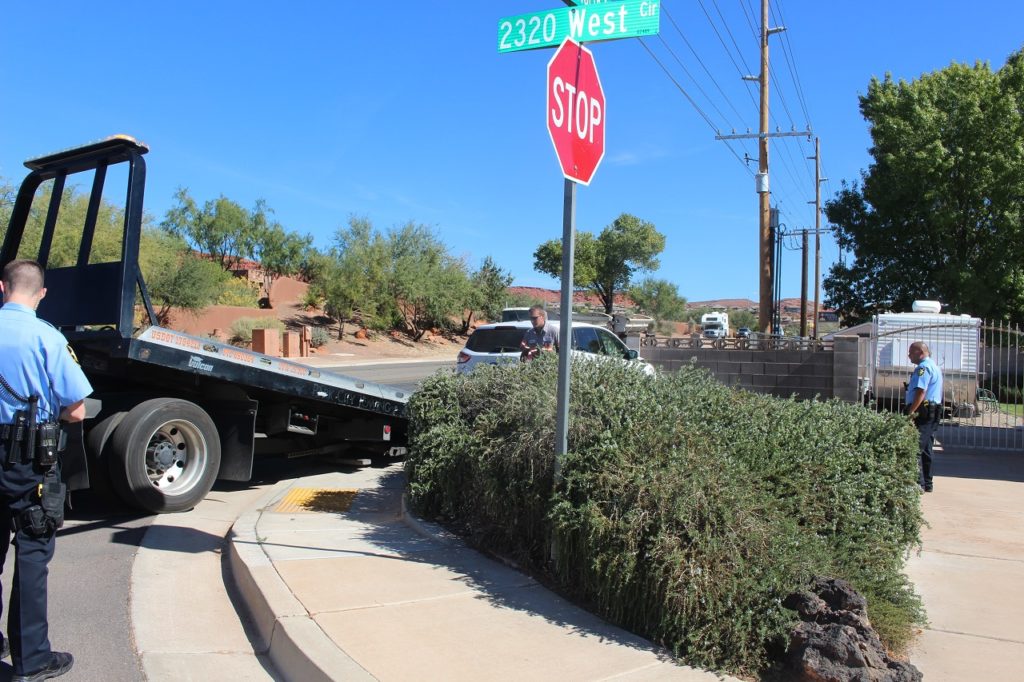 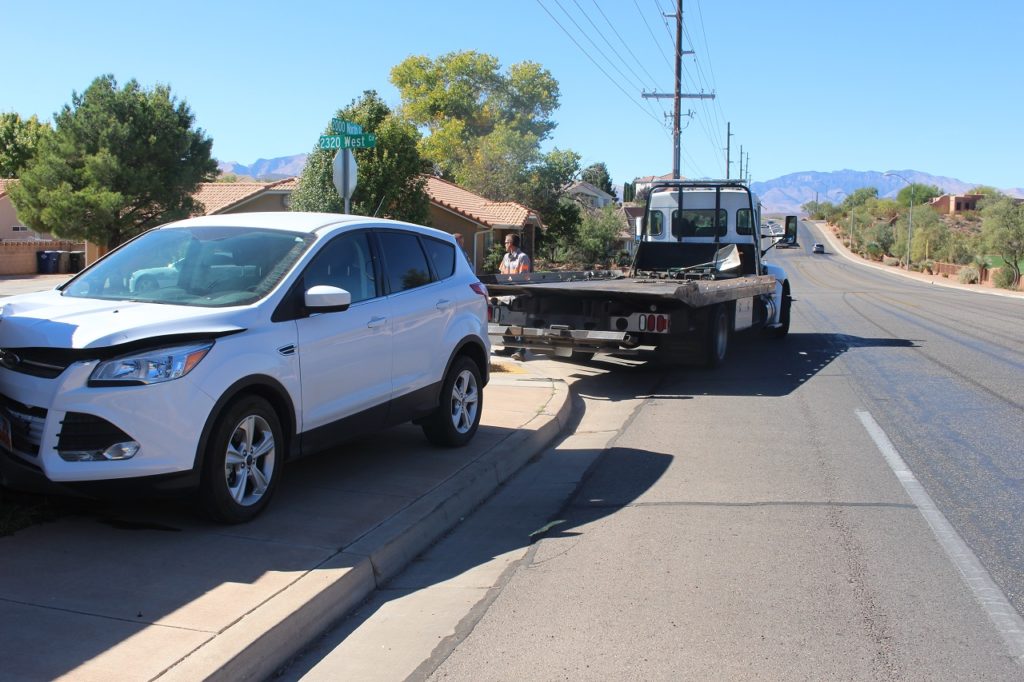 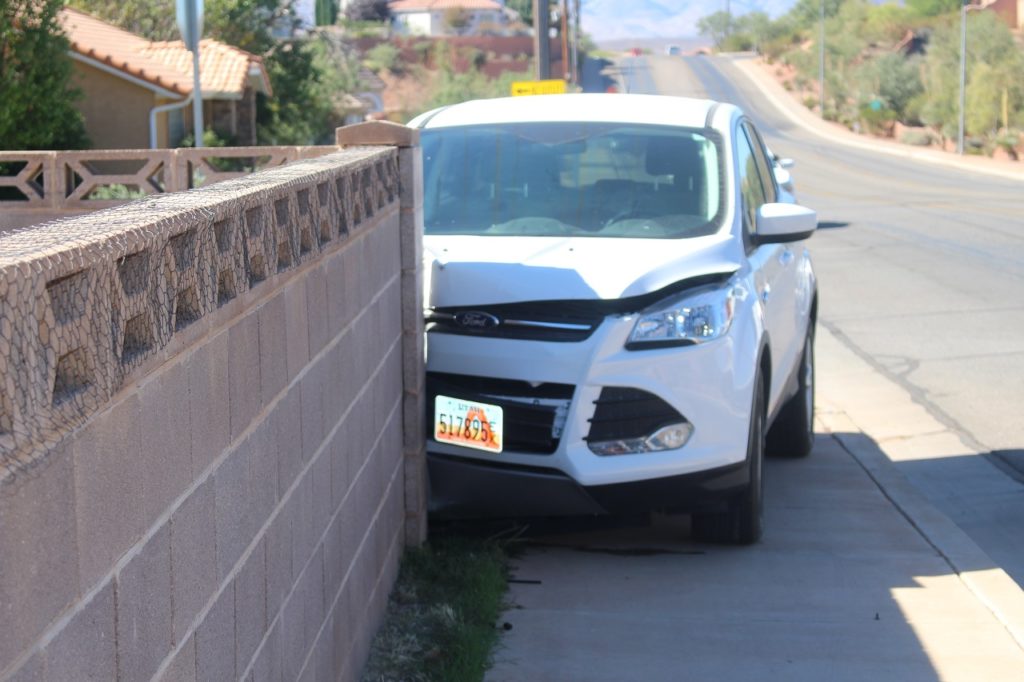 A 2016 Ford Escape crashes head-on into a cinder block wall on 2000 North Thursday. The incident may have been caused by a medical issue, St. George, Utah Oct. 20, 2016 | Photo by Cody Blowers, St. George News

Who had the green light? Collision at River Road, 700 South

Driver crashes into truck, house after failing to stop at stop sign