Bailey Brinkerhoff won the individual title on the girls side, but it was Pine View that took the team title, led by sophomore Rylee Holt and freshman Jessica Hill. 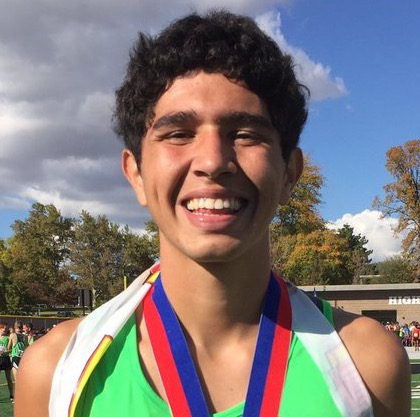 For the boys, Melendrez finished with a time of 15:27.1, shaving off more than 30 seconds from his third-place time from last year. And he needed almost every one of those seconds to edge teammate Ford, who recorded a 15:30.4.

Normally a one-two finish would just about guarantee a team title, too. But the Thunder had to sweat it out as Pine View placed three runners in the top 10 to make things interesting.

Caleb Armstrong and Horspool are the only underclassmen among the top eight finishers.

But after enduring a heartbreaking, and controversial, loss last year, the Pine View girls team was not to be denied this time around. The Lady Panthers placed all five counters in the top 15, led by the sophomore Holt and the freshman Hill. Holt finished in 18:47.5, good enough for fifth place, while Hill came in at 18:52.5, right behind Holt in sixth.

Pine View ended up with 45 points, well ahead of Brinkerhoff’s Lady Thunder, who had 65. Cedar finished third with 84 points, led by Mic Webster, who was fourth overall with a time of 18:37.5. Park City was fourth and Stansbury fifth for the girls.

Every single one of the top eight individual finishers is an underclassman, meaning the 2017 cross country race should be a good one.