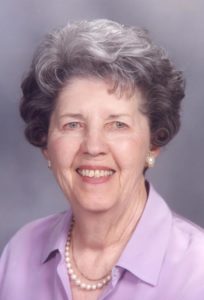 Olgie and her parents moved to Tacoma, Washington, when she was only six months of age. She attended schools in Tacoma and graduated in 1943.

She was involved during her 18 years with Academy in the production of the Academy Awards (Oscar Telecast) as well as working with many motion picture personalities and craftsmen in the film industry.

She met and married her husband, Joe Segar, in 1954, and they retired to Salina, Utah, in 1968. In Salina, she became actively involved in the community as secretary-treasurer of the Salina Chamber of Commerce, chairman of the North Sevier Red Cross Chapter, charter member and charter treasurer of the Richfield Ladies of Elks and was the Democratic Campaign Manager during the General Election in 1973, which resulted in a historic landslide election of all Democratic candidates.

She was responsible for raising funds to purchase wheelchairs, crutches, etc., and set up the Salina Red Cross “Operation Help” Center in the years 1971-1975. She worked with the Relief Society of The Church of Jesus Christ of Latter-day Saints, assisting with the food and flowers for funerals even though she belonged to the Catholic Church.

Olgie lived in Washington City, Utah, since 1985. She was an advocate for Victims of Domestic Violence and was on call several days a month to respond to domestic crisis events when notified by the St. George Police Department.

She donated time with the Dove Center on a weekly basis. She was also active with the St. George Catholic Church volunteering at the Thrift Store and assisting with other activities. She was an Eucharistic Minister. She was always ready and willing to give assistance to anyone in their time of need. She felt that all of us are placed on this earth to help each other. She had no children.

She is preceded in death by her husband, Joe, and step-son, Joe, Jr. She is survived by a nephew, David Montgomery, Santa Cruz, California; niece, Denice Carter in Lincoln, California; and grand-nephews: Gregory and Kellen Carter.