UTAH — The Utah Geological Survey has recently released the 11th edition of its popular Calendar of Utah Geology. The 2017 calendar features numerous geological wonders in Utah, including some otherworldly landscapes, with a brief explanation of how and when they formed.

“We published the first calendar in 2007 as a fun way to showcase cool photos taken by our geologists when working in the field,” said Vicky Clarke, Utah Geological Survey publications manager.

Competition has grown among the staff (and not just the geologists) to get pictures in the calendar. This year, Utah Geological Survey’s staff submitted 232 photos for consideration, including some first-time submissions from staff in the Natural Resources Map and Bookstore, who share with the geologists a love of the outdoors and curiosity about Utah’s landscapes.

The cover photo of Great Salt Lake mudflats was taken by bookstore clerk Andy Cvar, who noted that “near-record low water levels reveal a landscape that feels like another planet.”

The calendar contains many other photos that can be described as “otherworldly.” For example, January presents a photo of a surrealistic rock face mottled with a vibrant purple mineral called fluorite.

“I see a lot of rock, a lot of scenery and so tend to be drawn to anything I find unusual,” said geologist Mark Milligan, who took the photo. “Utah is world famous for its red rock, but electric purple? That catches my eye.”

Other photos include a boulder on the San Rafael Swell covered with 150 million year old clam fossils, a scene of salt-encrusted mounds in Great Salt Lake, convolute patterns eroded into the blue-gray badlands of North Caineville Mesa, and the multi-hued Gingham Skirts Butte in Kane County.

For those interested in the calendar, bookstore manager Brian Butler suggests to “shop early, as these calendars have sold out in previous years.”

About the Utah Geological Survey

The Utah Geological Survey provides timely scientific information about Utah’s geologic environment, resources and hazards. It is one of seven divisions within the Utah Department of Natural Resources. 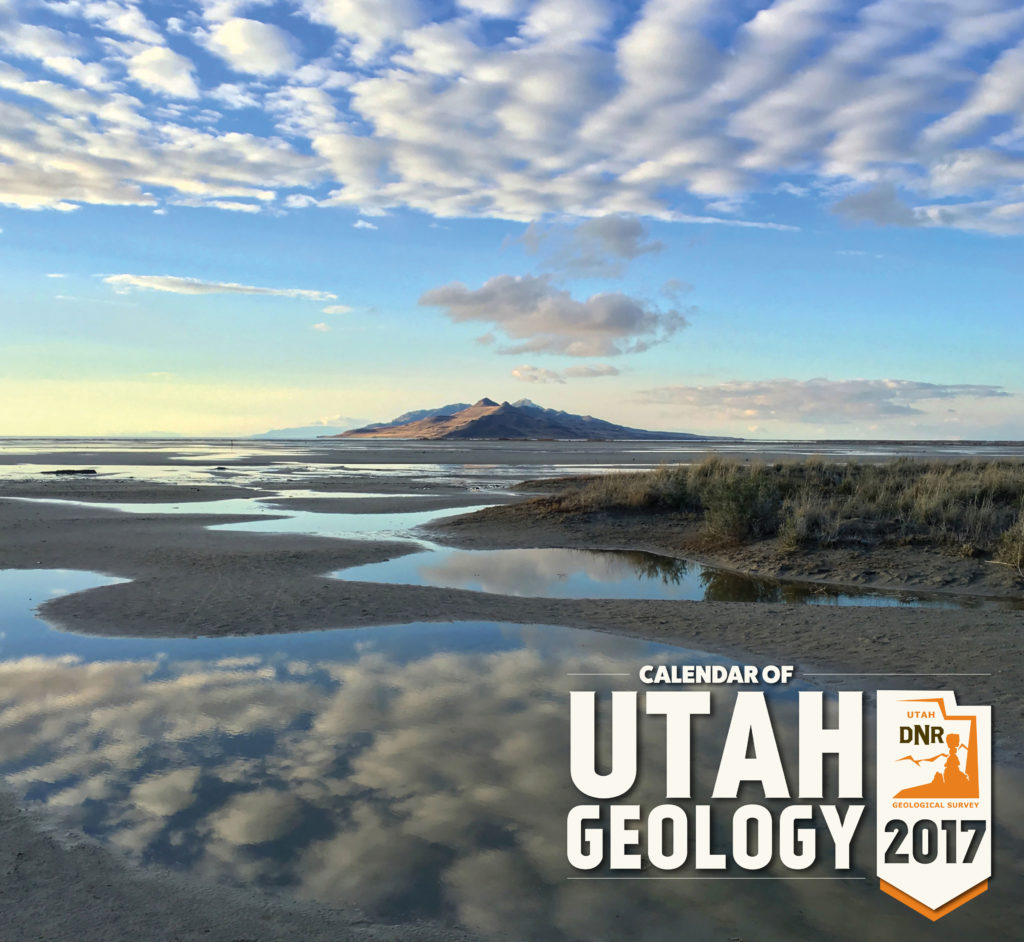 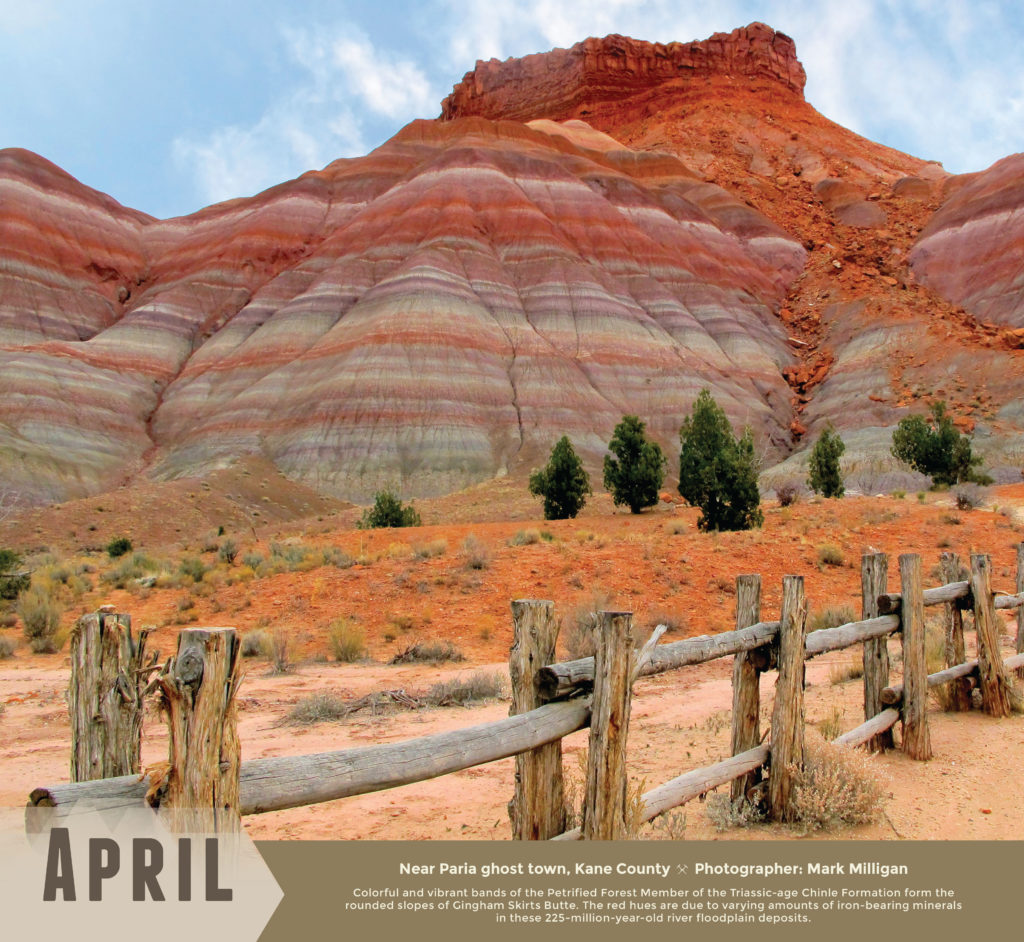 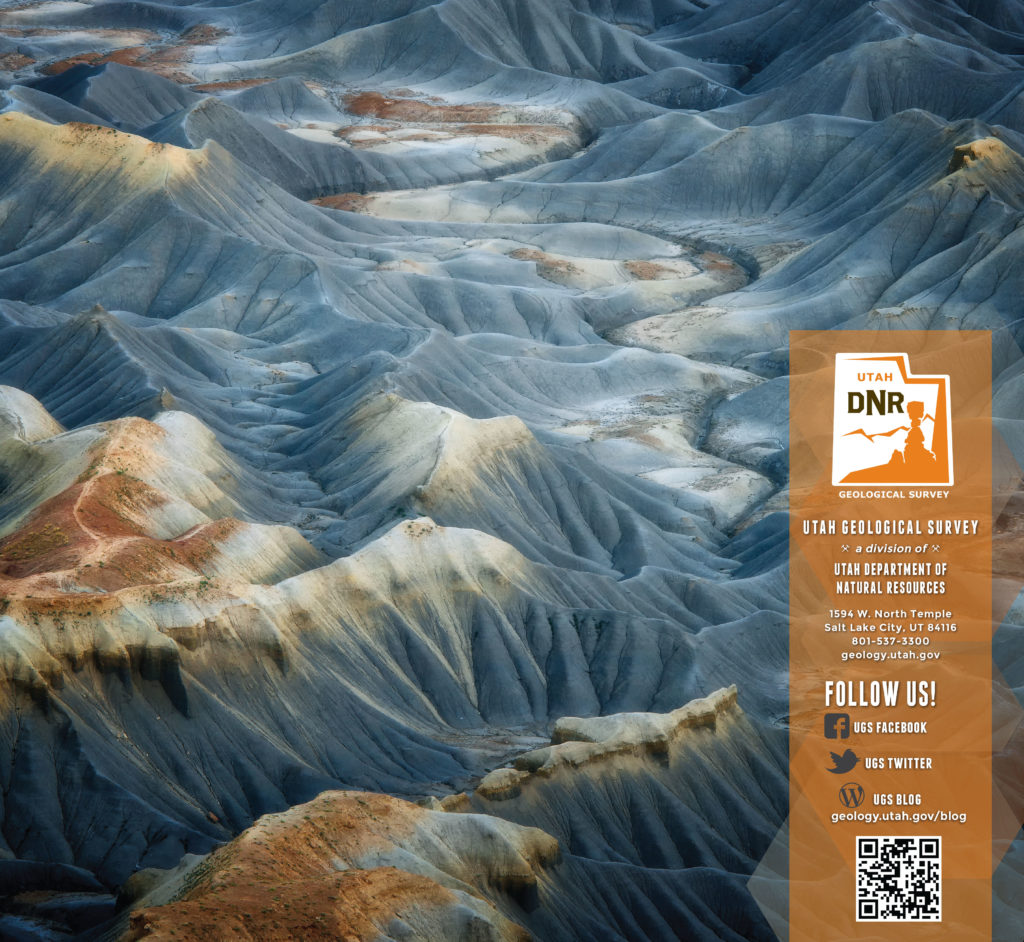 'Like a 9-ton game of pick-up sticks': Utahraptor megablock continues to reveal discoveries