ST. GEORGE – There’s an old joke that goes something like this: “How do you know if someone has run a marathon? Don’t worry, they’ll tell you.” This tongue-in-cheek commentary is indicative of the passion runners feel for their sport, and at no time does it ring more true than the first Saturday of October during the annual running of the St. George Marathon.

The premier Southern Utah footrace is turning 40 Saturday, and though it has changed over the course of four decades, one thing remains the same – runners love it.

From the very first race held in 1977 to the anticipation of Saturday’s 26.2, a few runners have shared with St. George News their best and worst St. George Marathon moments and the things that keep bringing them back.

“I don’t think most people even knew we were putting on a marathon,” Zockoll said of the first event.

But the race gradually grew, and word spread about the scenic marathon that Runner’s World magazine would eventually rate as one of four “Marathons to Build a Vacation Around” in the world.

” I was simply caught up by the beauty of the early morning desert and the awesome colors, especially at miles 14-16 near Snow Canyon,” Spence said.

St. George is known for its many sunny days. The promise of beautiful weather is a big draw for many runners, but the weather doesn’t always cooperate.

In 1989 Daniel McGough and his friend showed up to the starting line stage area in full-length running tights and  long-sleeved shirts.

For McGough in his long sleeves, the temperatures got too high, and he ended up with dehydration during that fateful 1989 attempt.

“I stopped, bent over and grabbed my knees to catch my breath. When I stood up there was a motorcycle cop sitting in front of me,” McGough said of the incident.

On the other side of the weather spectrum, when St. George isn’t sunny, it can really rain. That was the case in 2008 when Tia Astle and her son ran the marathon.

“I recall that event very well as it was one of the two or three times in the history of the St. George Marathon that it rained – and it rained,” Astle said. “It was raining from beginning to end with clouds socked in and hovering low the entire race course.”

The 2008 race was Astle’s son’s first and only marathon, but Astle is a passionate runner no matter the weather. Saturday will be Astle’s 14th St. George Marathon and 38th full marathon overall.

What do you do when you are committed to run a marathon but you are pregnant? If you are as passionate about the race as some, you run the race.

Zockoll ran one of her 39 St. George Marathon’s while she was seven months pregnant, she said. Zockoll’s “marathon baby” is now 30 years old.

Laura Cope has a similar story. For the week leading up to the 2009 St. George Marathon, Cope was sick in bed wondering what was wrong, she said. Race day was approaching, and Cope and her husband, Austin, had been planning to run together.

The night before the race, the couple found out they were expecting their second child. Her illness had been morning sickness.

“Elated, and not wanting everyone to find out the good news yet, we decided that I would still run,” Cope said.

But the race wasn’t easy for Cope, who said she wanted to quit several times.

“I had every intention of dropping out,” she said. “Every single mile was so hard, I could barely put one foot in front of the other. My patient husband would sweetly say, ‘Let’s just walk for a minute and see how you feel.’ This went on for 18 miles. By then, I knew I had to finish, we were so close. I was so amazed and excited to see that finish line.”

A marathon may seem like something the average person would never even consider, but sometimes all it takes is a little inspiration.

For Patrick Rodgers, inspiration came through a picture window.

When I was in college I was the assistant store manager of Blockbuster (Video, then located on the corner of Bluff Street and St. George Boulevard) back when the marathon was on the old course, meaning you ran all the way down Bluff Street before turning towards the finish. We had these big picture windows in the store, and you could see the runners go by for hours. Being as we didn’t open until 10 a.m., most of the runners you would see were over the four-hour mark. Some would still be running strong, and others would be struggling to finish. Watching those runners run past was always inspiring, but at the time being over 350 pounds (before I topped out at 420 pounds years later), I could only dream about being one of those runners; and it seemed like just that … a dream.

But eight years later, that dream became a reality for Rodgers. In 2011, he laced up his shoes, boarded the bus bound for Central and became a marathoner.

Rodgers said he doesn’t remember much of the 26.2 miles from his first marathon, but he does remember the hug he got from his little boy at the finish line wearing the medal he never thought he would get.

“The marathon is magical, and it changes you,” Rodgers said. “You are never the same person that started training after you cross that finish line.”

Morgan Stuck has never run a marathon. Saturday will be her first race, she said. What started as a bet with someone she admired has turned into a purpose driven tribute to a man whose memory she wanted to honor.

“In February of this year my work announced a sponsorship for anyone who wanted to run the St. George, Utah marathon. Knowing that this would be good for many reasons, I called my Papaw, one of my best friends, to ask him about it … it turned into a challenge,” Stuck wrote in her blog.

Papaw Billy challenged Stuck to see if she could beat his marathon time, Stuck said, so she began training. But in March, her Papaw, her friend and mentor, passed away. It took Stuck several weeks of mourning and sadness before she could lace up and train again, she said. But when she finally did, it was with renewed inspiration.

“I wasn’t training for competition or an ‘I told you so,'” Stuck said. “I was training for memories, love, conversation and relationship. I was running for Papaw Billy.”

Even though the race has grown from about 38 participants to about 7,800 participants, there remains a sense of community that is the key to St. George Marathon’s success.

“The happiest thing, for me, is the community support, how much the town supports it,” Zockoll said of the race. “It is St. George’s finest moment, and it makes me so proud to be from St. George.” 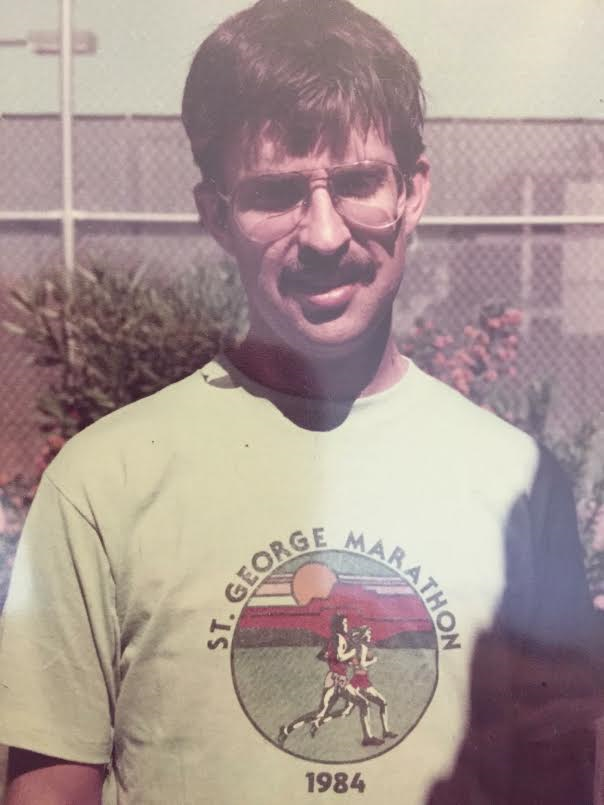 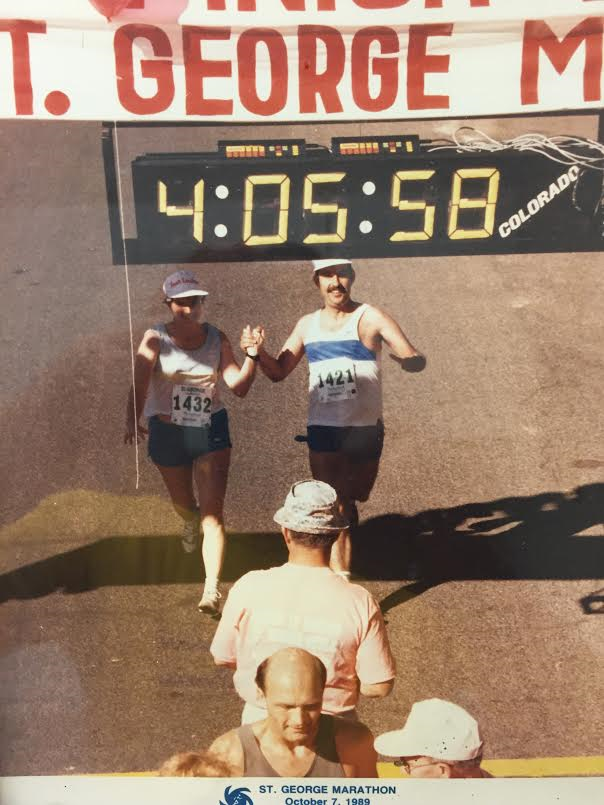 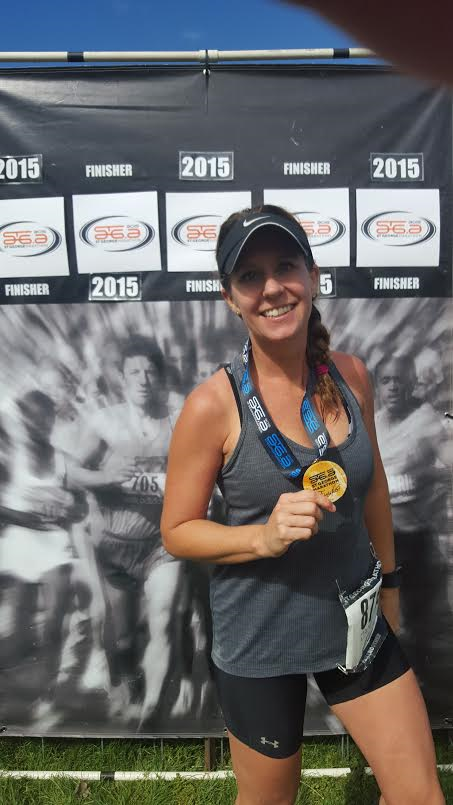 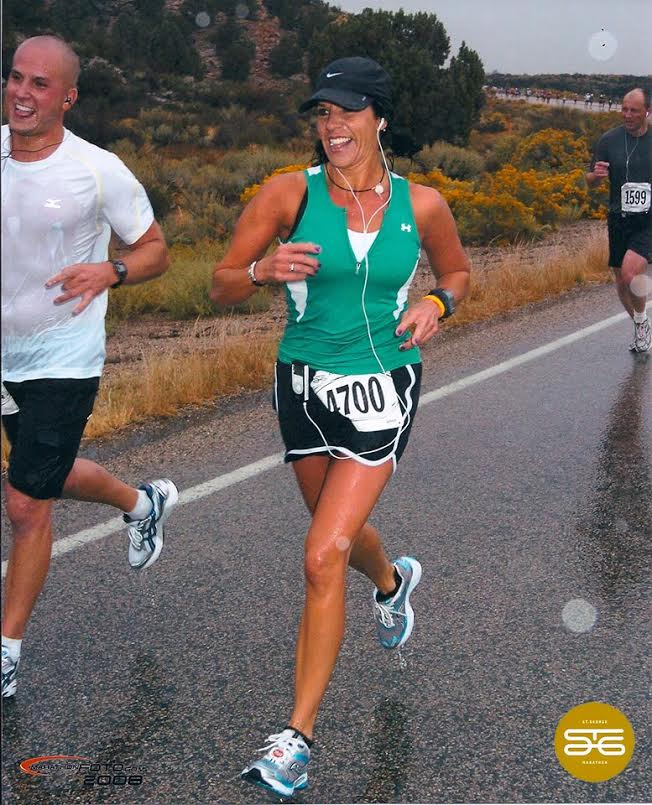 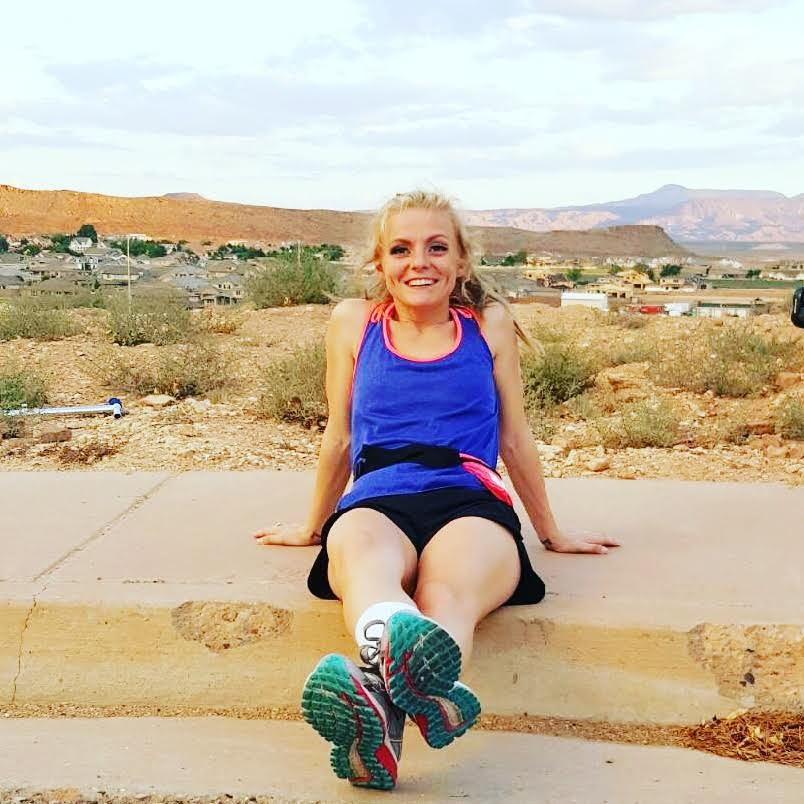 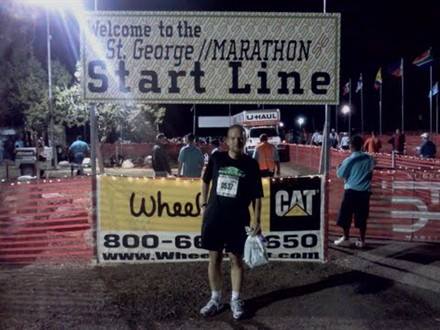 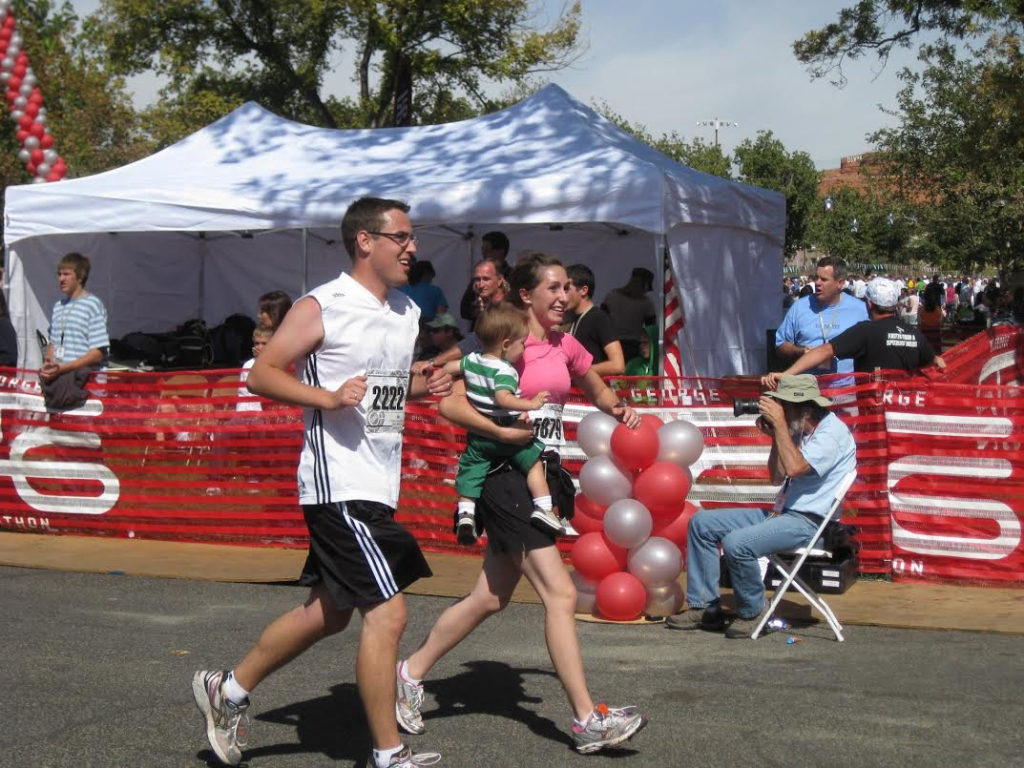 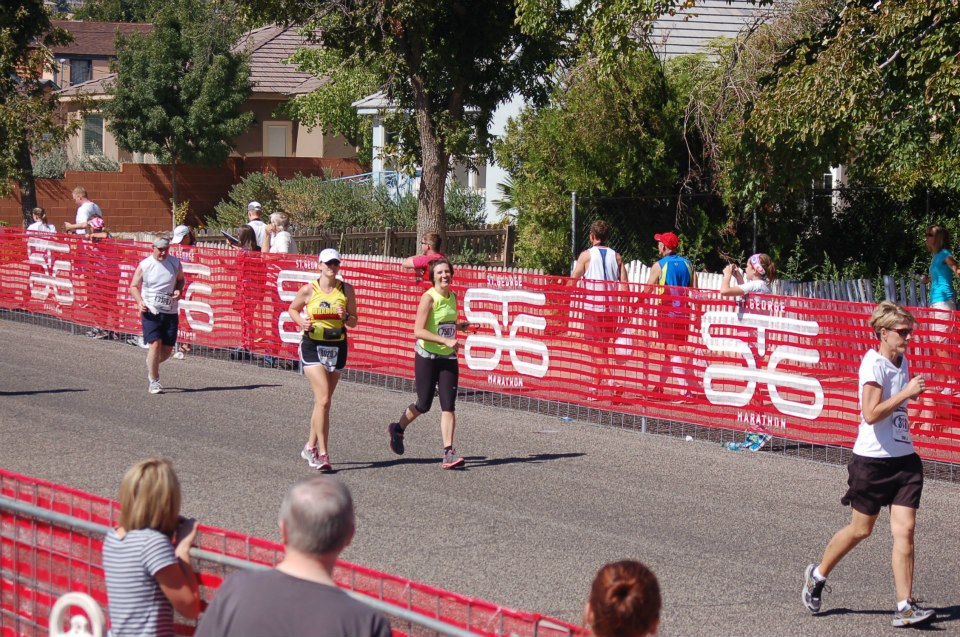 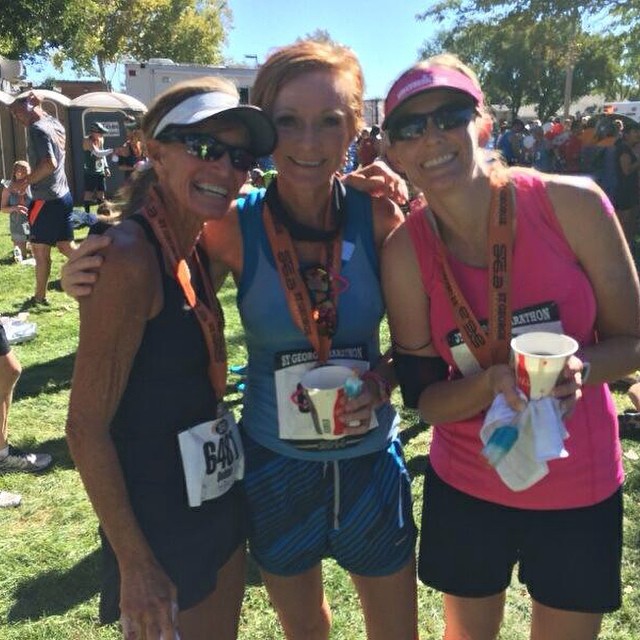 Marathon musings: Bonfires, Icy Hot and the people who carry us through 26.2

St. George Marathon: The face behind the race