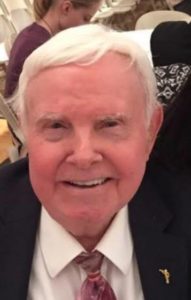 Wendell enjoyed a happy childhood as the oldest son in a family of eight children. He was raised in Mesa and Gilbert, Arizona, and Farmington, New Mexico. He graduated from Farmington High School and enrolled at BYU. His education was interrupted by service in the U.S. Army where he served in Germany. On Aug. 12, 1952, he married Margie Wright of Clawson, Utah, and together they had five children: Wendy, LaMar, Duane, Ruth Ann and Janet. Later divorced.

In 1955, he joined the U.S. Air Force, training as a jet pilot until injured. He served at a radar site in Newfoundland, Canada. He was also able to attend Western New Mexico University in Silver City, New Mexico. After his honorary discharge from the Air Force, he returned to BYU where he resumed his education. He earned his doctorate degree in psychology. During his long career, he served as an educator at BYU teaching special education and also in Orangeville, Utah. He returned to Mesa, Arizona, and opened a counseling office with his wife Patricia Ann Johnson Knudsen, who he married in November 1980. Patricia passed away in St. George in April 2013. In November 2013, he married Signe Oviatt Dayton of Spanish Fork, Utah.

He was preceded in death by his parents and three sisters: Verna, Carolyn and Wanda. He is survived by his wife, Signe, and his 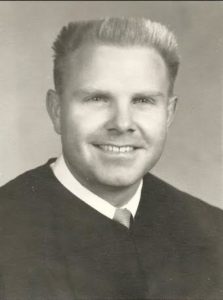