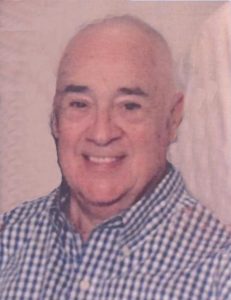 Edward was a graduate of Ottawa Township High School and Northern Illinois University. He earned advanced degrees from Northern Illinois University, The University of Illinois and a Ph.D. from the University of Iowa in 1967. After completing a tour of duty with the United States Army in Korea in 1955, he returned to Illinois to begin a career in the field of education. He married Juanita Ione Trumbo of Ottawa in 1958. They had two children, Jonett E. and David Mark.

Following his retirement with rank of professor from Northeastern in 1995, he was employed as an adjunct professor at Roosevelt University until 2000. His field of specialization was in the area of Secondary School Counselor Education.

He is a member of The Church of Jesus Christ of Latter-day Saints and has received blessed, spiritual growth and employment from various church callings he held.

He is survived by his children: Jonett E. (Bob) Jones of Irma, Wisconsin, and David Mark Brogly of St. George, Utah; four grandchildren; and two great-grandchildren. He was preceded in death by his parents; sister, Ann Nasr; brother, Donald A. Brogly; niece, Cheryl Brogly; and his wife, Juanita Brogly.