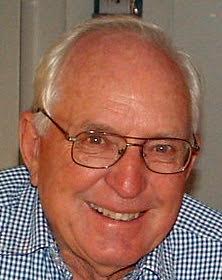 James Lucius Benson, husband, father, grandfather, brother, uncle and hero returned to our Heavenly Father at the age of 86, just one week shy of his 87th birthday. He passed away in St. George, Utah, from cause’s incident to age.

James was born in Parowan, Utah, on Sept. 23, 1929, the third of six children of Lucius Marsden and Gladys Applegate Benson. He was raised in Parowan, a town he was always proud to be from. After graduating from Parowan High School, he attended the Branch Agricultural College (now SUU) in Cedar City for one year, studying to become a veterinarian. While at school, he felt the desire to serve the country he loved and enlisted in the U.S. Navy.

He proudly served in the Navy during the Korean Conflict and was stationed on Attu in the Aleutian Islands. Throughout his life, he continued to serve our country in the United States Army Reserve and the Utah National Guard, finally retiring with the rank of Lt. Colonel.

Upon his return to Utah, he enrolled and graduated from Utah State University, where he received his Bachelor of Science degree, and then attended graduate school at Brigham Young University. He also attended UCLA for a short time. After completing his education, he returned to Iron County, where he began his teaching career at Cedar High School before returning to his hometown to teach at Parowan High.

It was at Parowan High that he met a beautiful teacher from Richfield, Utah. Peggy Lee Harward became the love of his life, and they were married in the Manti, Utah, Temple of The Church of Jesus Christ of Latter-day Saints on June 7, 1958. His concern was always to make sure he knew where Peg was and that she was okay. Her care and comfort were his number one priority.

Jim was a hard worker who loved to be on the farm, working the land, smelling the alfalfa and tending his livestock. The only thing he loved more than farming was getting on his horse and riding in the mountains around Parowan. He loved and was always amazed by God’s creations.

It was through his hard work that Jim taught the most important life lessons to his children. He taught them to work hard, never expect to receive something you didn’t work for, to be compassionate and humble, and to always serve others.

He was a dedicated and devoted husband, father, grandfather and great-grandfather. His testimony of the gospel of Jesus Christ never wavered. He was a lifelong member of The Church of Jesus Christ of Latter-day Saints and served in many callings throughout his lifetime. He served as an Elders Quorum President, Stake Executive Secretary and Stake Clerk for many years and also served in Bishoprics and on the Stake High Council. James, with his wife Peggy, served full-time missions to the Swiss Temple, Vienna, Austria, and at the Family and Church History Library in Salt Lake City. After completing these missions, he and Peggy served for seven and a half years as ordinance workers in the St. George LDS Temple. He loved the temple and the peace he found there.

Service has always been Jim’s focus, a true Christ-like quality that was a central part of who he was. In addition to his church service, he also served the community on the Parowan City Council for eight years and was a member of the Sons of the Utah Pioneers. Not only did he serve in the many visible callings and councils, he served others behind the scenes in his quiet, unassuming manner. He was always looking for opportunities to help friends and neighbors. Kindness, compassion and service were at the very core of his character.

He was so proud of his pioneer heritage and spent many years doing genealogical research and work on their behalf, a love that he passed along to some of his children. Music was a very important part of his life, and he sang with the Master Singers for several years. The Parowan Third Ward Choir was always his favorite choir to sing with, and he enjoyed nearly 42 years as a member. His favorite time of year was Christmas, and he always looked forward to singing in the choir’s annual “Music of Christmas” cantata. Whenever you were with Jim, he was always singing. Funny songs, songs from his Navy days and songs he learned as a young boy. He loved teaching his children and grandchildren these fun songs that he had learned over the years.

James, Dad, Papa, Grandpa Jim, Brother, Uncle and Friend will be missed by so many, but the lessons, examples and love he shared with all of us will live on forever.

Our family would like to thank everyone at Spring Gardens for their care, support and love over the past year. We are also grateful for the Angel from Alliance that helped Dad pass peacefully.