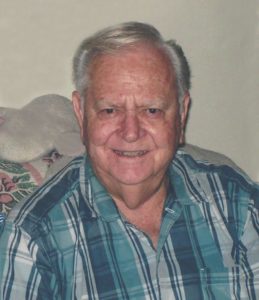 Kay Wilkins Mitchell, 88, loving husband, father and grandfather, returned to live with his Heavenly Father on Sept. 15. He was born on March 18, 1928, in Roosevelt, Utah, to Seymour Young and Gladys Wilkins Mitchell. He was married to Emma Brooksby on Jan. 14, 1950, in the St. George Temple of The Church of Jesus Christ of Latter-day Saints.

Kay lived in Roosevelt, Utah, with his family until the age of 7, when they moved to Washington, Utah. He graduated from Dixie High School in 1946. That summer he joined the army. He was sent to Fort Lewis, Washington, where he received a sharp shooter medal. While in the army, he worked as a truck driver transporting troops. He was honorably discharged in December 1947. After he was released from the army, he attended Dixie Jr. College and graduated in 1949.

His father and uncles owned the Pepsi Cola Bottling Company, and he worked there delivering Pepsi products around the Southern Utah area. He also worked as a produce manager and sign painter at Skaggs IGA Foodliner for J.C. Snow for 21 years. He worked for Dan Schmutz at the Texaco plant for several years and worked for Grey Larkin at Larkin Plumbing as a bookkeeper until he retired.

He was a musician and played trombone in a jazz band in his younger years. He also loved to play the harmonica and encouraged his children to all play musical instruments. He loved to fish and go camping with his family. He enjoyed creating miniature furniture and loved being in his second home in Pinto, Utah.

He was a faithful Latter Day Saint and served in many callings and positions, including dance director, Sunday School superintendent and ward clerk. He was the ward finance clerk for 35 years, three of which he was also the stake farm clerk. He served a mission with his wife at Deseret Industries for 1 1/2 years and helped open the Deseret Industries in St. George, Utah. 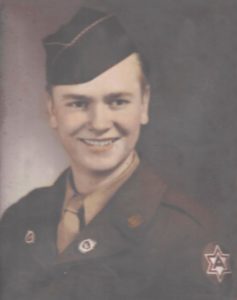