FEATURE — Just under two hours drive from St. George is the “living” ghost town of Pioche, Nevada. Today Pioche is a friendly town, but it began as a miner’s camp in the 1860s with wild roots quickly gaining a reputation as the roughest, toughest town in the entire West, rivaling even the more well-known gun slinging towns of Tombstone, Arizona, and Deadwood, South Dakota.

In 1873, the Nevada State Mineralogist reported the following to the state Legislature regarding the violence in Pioche :

About one-half of the community are thieves, scoundrels and murderers. Hired gunmen were imported at the rate of 20 a day to fight mining claim encroachments. The sheriff’s office could count on about $40,000 a year in bribe money. It was so bad 75 people were killed before one died a natural death.

The story of Pioche begins with William Hamblin, a missionary for The Church of Jesus Christ of Latter-day Saints and brother to Jacob Hamblin of Santa Clara, Utah. William Hamblin was introduced to silver deposits in the Pioche area by a Native American Paiute in 1864.

Hamblin sold his claim to the mine, but in 1872, he was called to testify in a court case related to ownership of the mine. However, before he could testify, he was given a lethal drink. Realizing he had been poisoned, he started for home in Gunlock but died before he could make it.

In 1871, Pioche became Nevada’s Lincoln County seat. Plans were made for building a courthouse at a cost of $26,400. However, not even a courthouse was immune to corruption.

Louis Benezet, a current resident of Pioche and tour guide, told the story of what is referred to as the “Million Dollar Courthouse.”

The money (to build the courthouse) was raised with bonds and completed a year later. Costs had escalated to more than $88,000 because of alterations, overruns, mismanagement and kickbacks. The Board of Commissioners issued certificates of indebtedness at a high rate of interest. By the end of the century – and four years after the building had been condemned – the final payment was made. The total cost was nearly $1 million.

Despite the violence and corruption, some tried to bring civility to the area. Ozi W. Whitaker, an ordained minister of the Episcopal Church, came west by stagecoach to Nevada aiming to preach in the mining camps. Whitaker was a delightful conversationalist and became popular with all sects. He scheduled church services in every camp in the territory.

The Pony Express Company loaned Whitaker its finest horses to dash from one sermon to another. These horses were tough desert horses with strength and spirit, crossbred with thoroughbreds and Morgans to carry a light rider over great distances. They were capable of galloping over gopher holes and sage on the rough obscure trails, often outrunning attacks from the Indians.

By this point in history, the horses might as well be ridden by Whitaker as the Pony Express riders had been replaced by telegraph in 1861.

In 1870, Whitaker held the first Episcopalian services in Pioche. The venue was one of the largest saloons and gambling halls in town. The bartenders, the girls and the dealers were not on duty. Among the stock of liquor and gaming tables, about 150 people packed the saloon to capacity with the overflow crowd gathered in the street.

Pioche was becoming enthusiastic about religion.

The stagecoach brought more and more women and girls to town, softening and civilizing Pioche. The population grew to about 10,000 in its boomtown days.

The very first women in the mining camps were German girls called hurdy-gurdy girls – a type that originated in Europe in the early 1800s when poor farmers found it easier to sell wares when accompanied by a dancing girl playing the hurdy gurdy musical instrument. The name also became attached to the dance hall.

The first girls, though a long way from virginal status, were so prized they did not have to participate in prostitution. There were so few women in the early dance halls they were appreciated and expected to follow a respectable behavior code. Miners would go to the dance halls just to see a woman pass through.

“We generally think of miners as rough, rowdy men, caring only about money, drinking and loose women,” Benezet said. “However, many men were trying to make a better life for themselves and families.”

But, the stagecoaches kept coming bringing more and more women, and competition quickly grew. The line between prostitution and dance hall thinned, blurred and finally disappeared.

Not all men were looking to make an honest living. One of those was the bandit Charles A. “Jack” Harris. Harris had a fondness for robbing Wells, Fargo & Company stages.

The six-horse stagecoaches carried mine payrolls in a significant amount of coin. Harris found it a simple matter to waylay a stage on its journey into Pioche and relieve them of their cash box. He had a way of appearing so unexpectedly that he seldom used his gun.

Stage drivers were positive Harris was the bandit but were never able to actually pin any of the incidents on him. The station agent had a brilliant idea. He would pay Harris a weekly sum, provided he would be waiting on the express company’s porch as each stage arrived. The company could easily afford the payments to Harris.

Harris didn’t want anyone to doubt his respectability, so he showed up on the porch a few minutes before the stage arrived. The station agent was baffled to discover that the robberies continued with frequency. Harris’ secret was a quick shortcut back to Pioche. It was some time before the agent discovered he had made a bad bargain.

A shutdown of the main mines in 1876 led to the bust of this boom town. Pioche saw a resurgence during World War II as a result of the area’s lead and zinc deposits. These days, there is very little mining activity in Pioche; however, it remains the Lincoln County seat.

The distance from St. George to Pioche, Nevada, is 109 miles and takes approximately two hours drive via Enterprise on state Route 18.

The Million Dollar Courthouse is a good place to start your visit. Located on Lacour Street, the courthouse is open daily from 10 a.m. to 3 p.m. May through October. The phone number is 775-962-5182.

Visitors can also stroll the Main Street sidewalk, poking in the various shops and eateries. The Lincoln County Museum is another good stop. Located at 63 Main St., the museum is full of artifacts, books and journals of the town’s history. The museum is open year round, Monday through Saturday from 10 a.m. to 3 p.m. The phone number is 775-962-5207.

The Boot Hill cemetery is another popular stop. To get there, drive through Pioche on Route 322 and turn east on Comstock Road. Boot Hill is the last of three cemeteries on the left side of the road, just south of the public cemetery.

Thompson’s Opera House, formerly Brown’s Hall, periodically has productions, plays and silent Tom Mix movies from turn of the 19th century. The opera house is located at 644 Main St. The phone number is 775-962-5426.

For visitors looking for more than just a day trip, the colorful Overland Hotel & Saloon and dance hall – burned but rebuilt in 1947 – is still in operation. The hotel has 13 period-decorated rooms available. It’s definitely worth at least a step inside where the bartender can tell you more stories and how the hotel ghosts are doing.

If you’re looking to include mining history in your trip, the distance from Pioche to Caliente, Nevada, is 26 miles south on U.S. Route 93.

Along the way, you may want to stop at Cathedral State Park, located between Pioche and Caliente. The park entrance is north of the park on U.S. Route 93. Canopied picnic areas and a tree-shaded campground are open all year. The park offers ranger programs, amazing photo opportunities and hiking slot canyons, cave-like formations and cathedral-like spires. 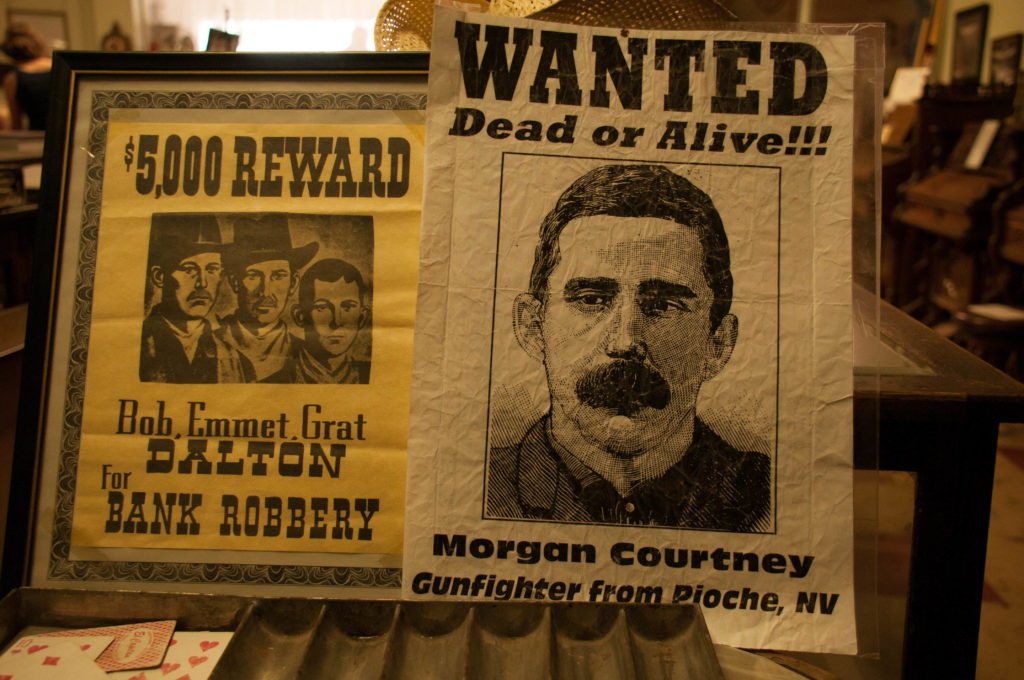 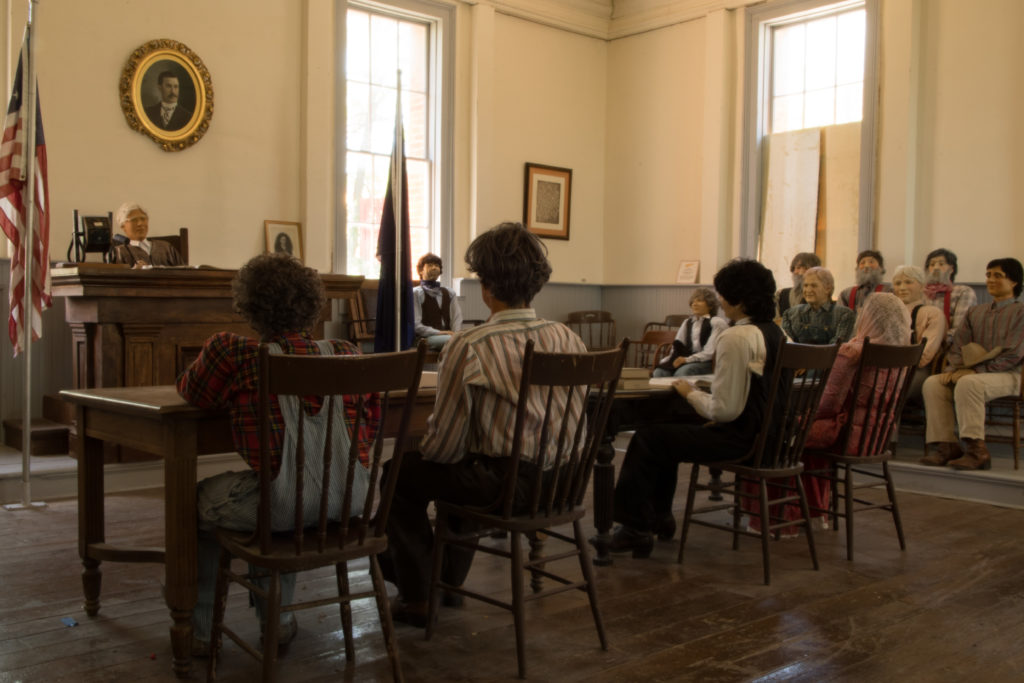 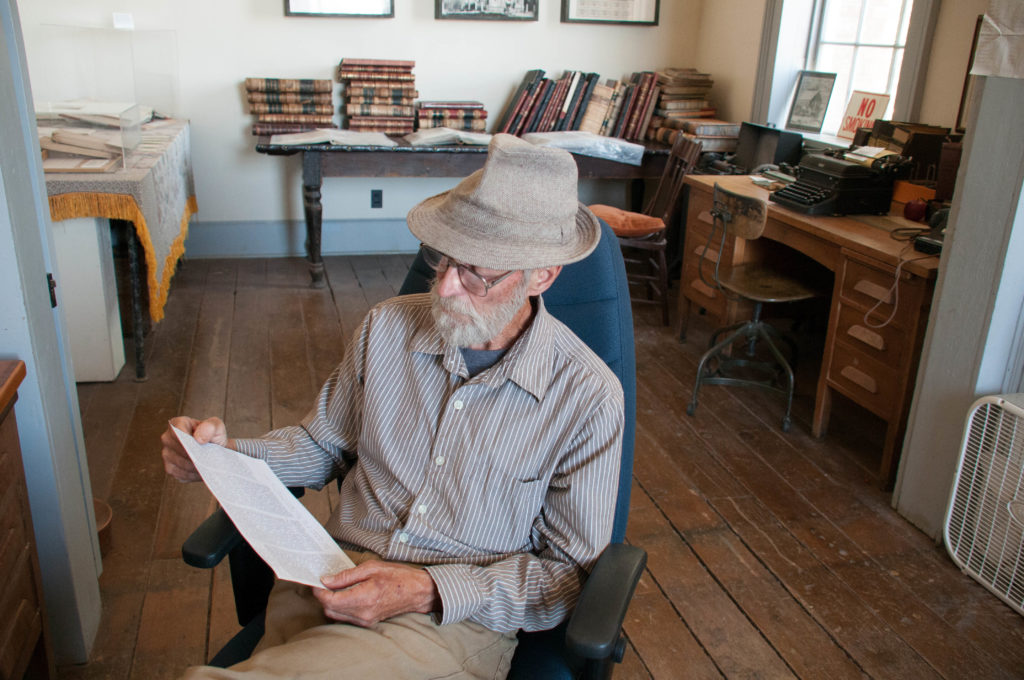 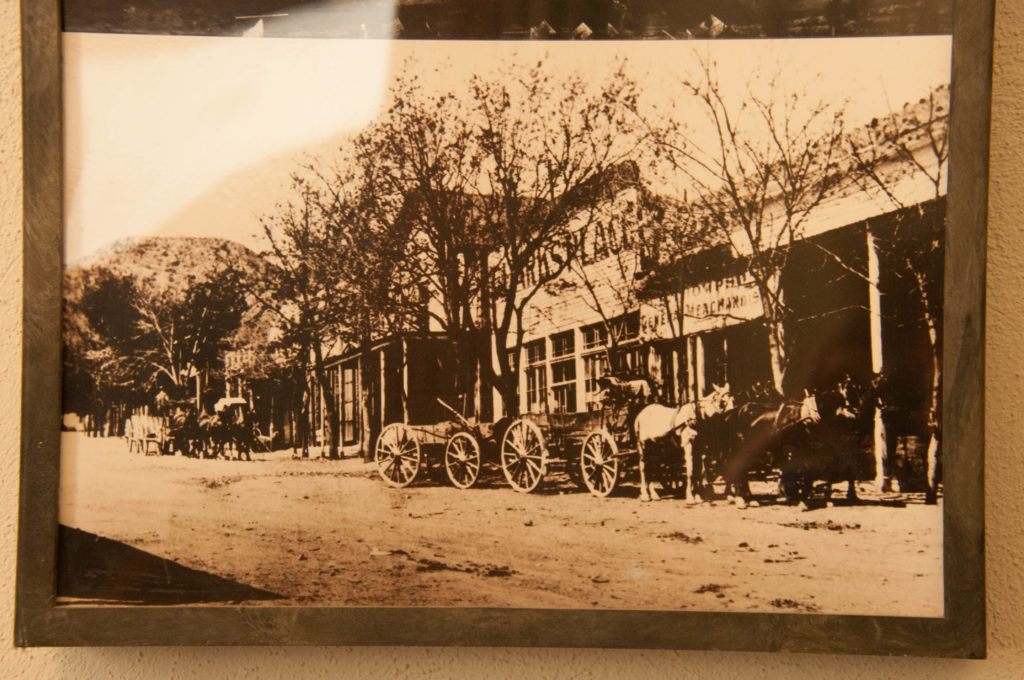 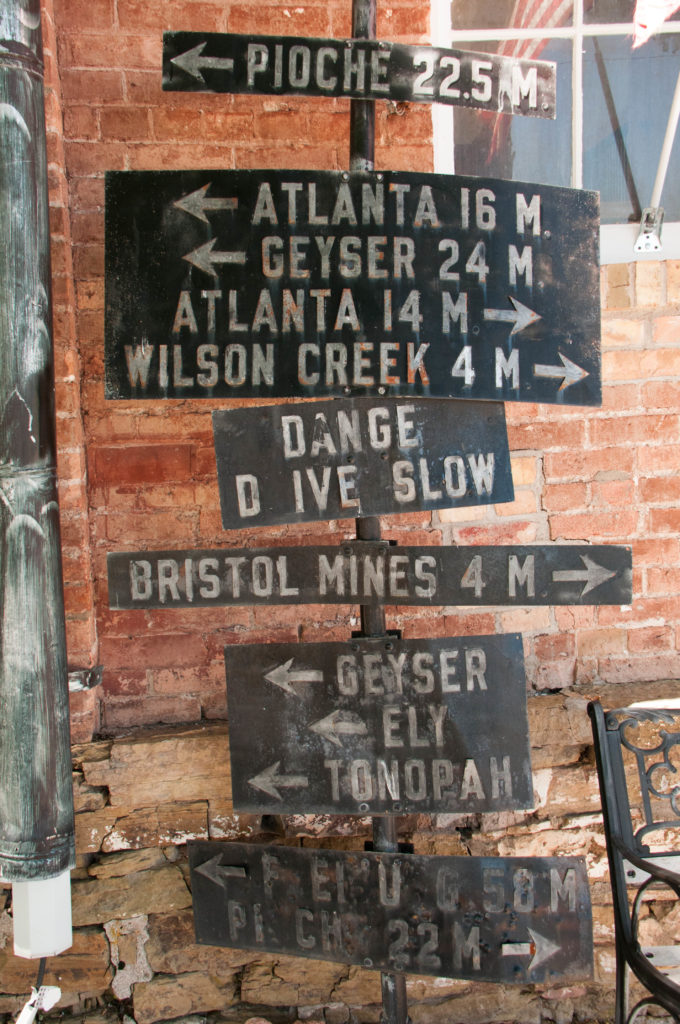 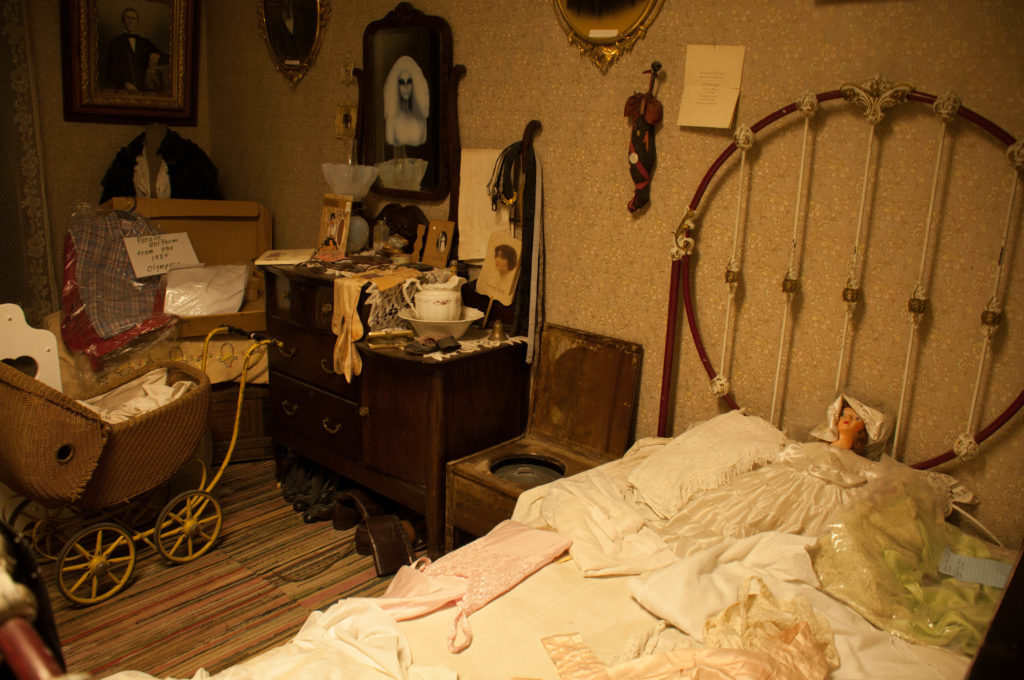 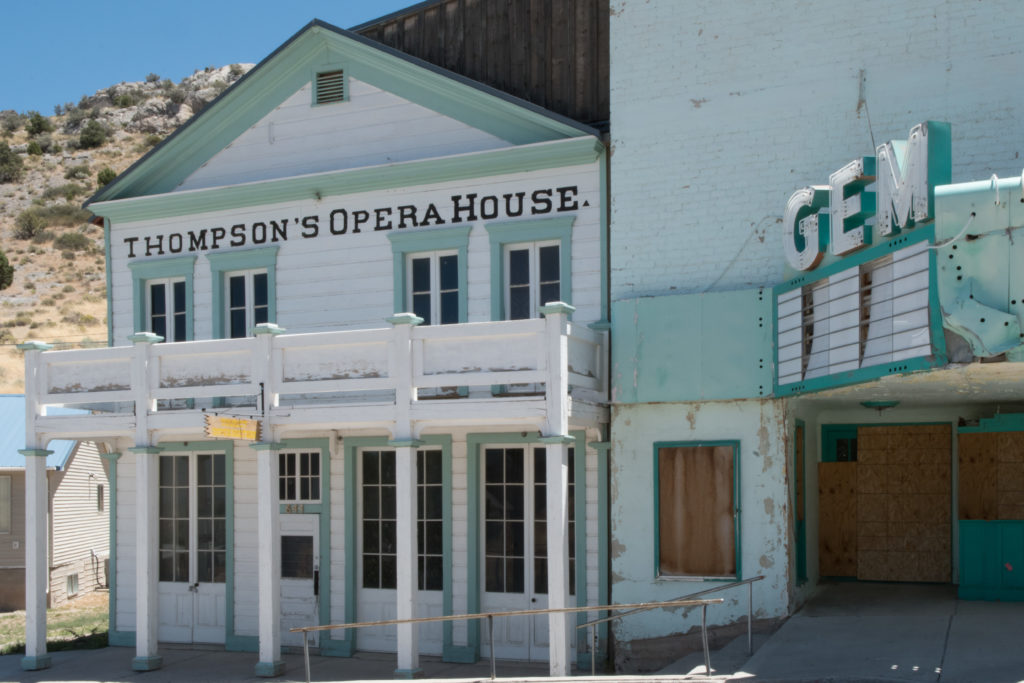 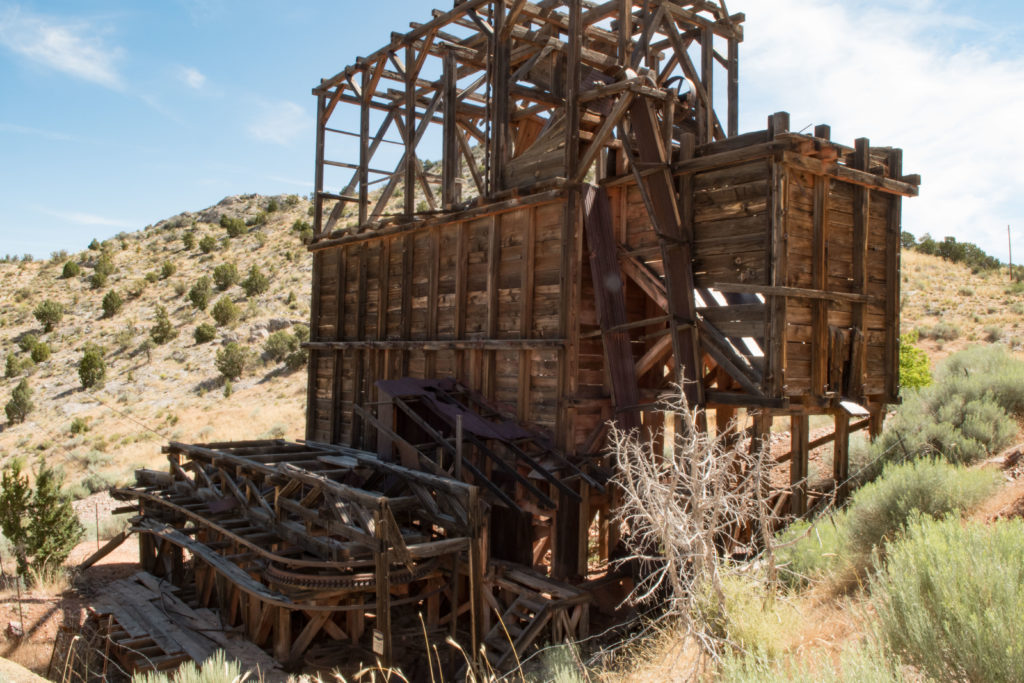 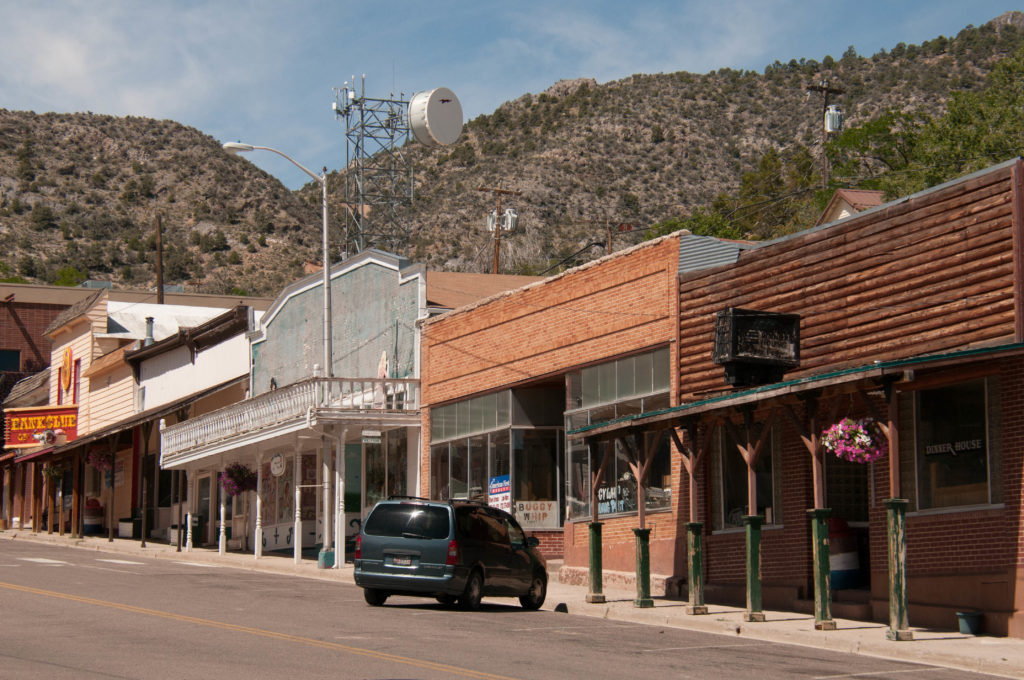 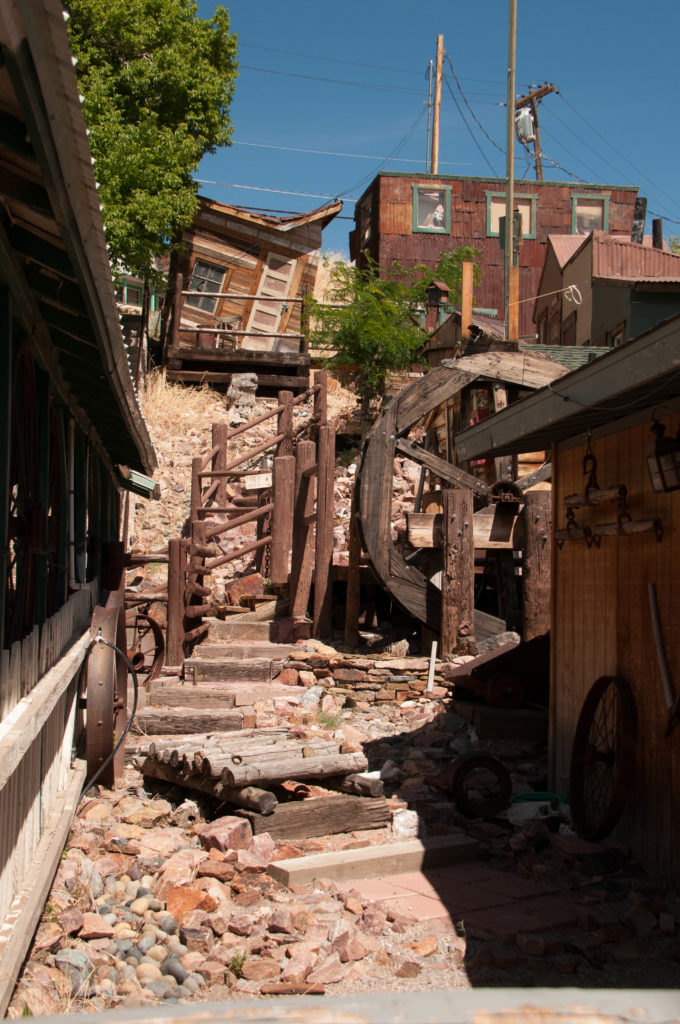 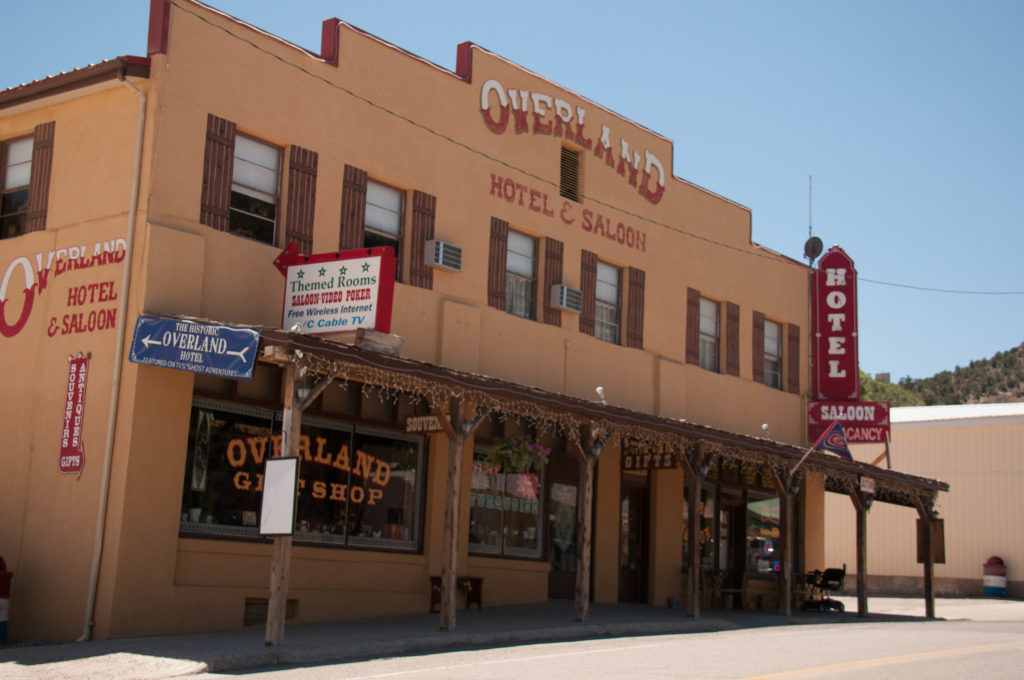 See prior features in the series: “Branding day; today’s cowboy,” “Fishing day; the B-4-Reel and a really bright trout at Otter Creek,” “History day; Virgin Town walkabout, once ‘a dreadful place’,” “Way-stop day; take a step back in time at Cove Fort,” “Hot hiking day; Fruita, an oasis in the desert of Capitol Reef,” “Railroad day; Caliente is born, dies and revives,” and “Rodeo day; a hometown girl’s journey to the crown.”

Silver Reef day; the boom, bust and rebirth of a ghost town anomaly