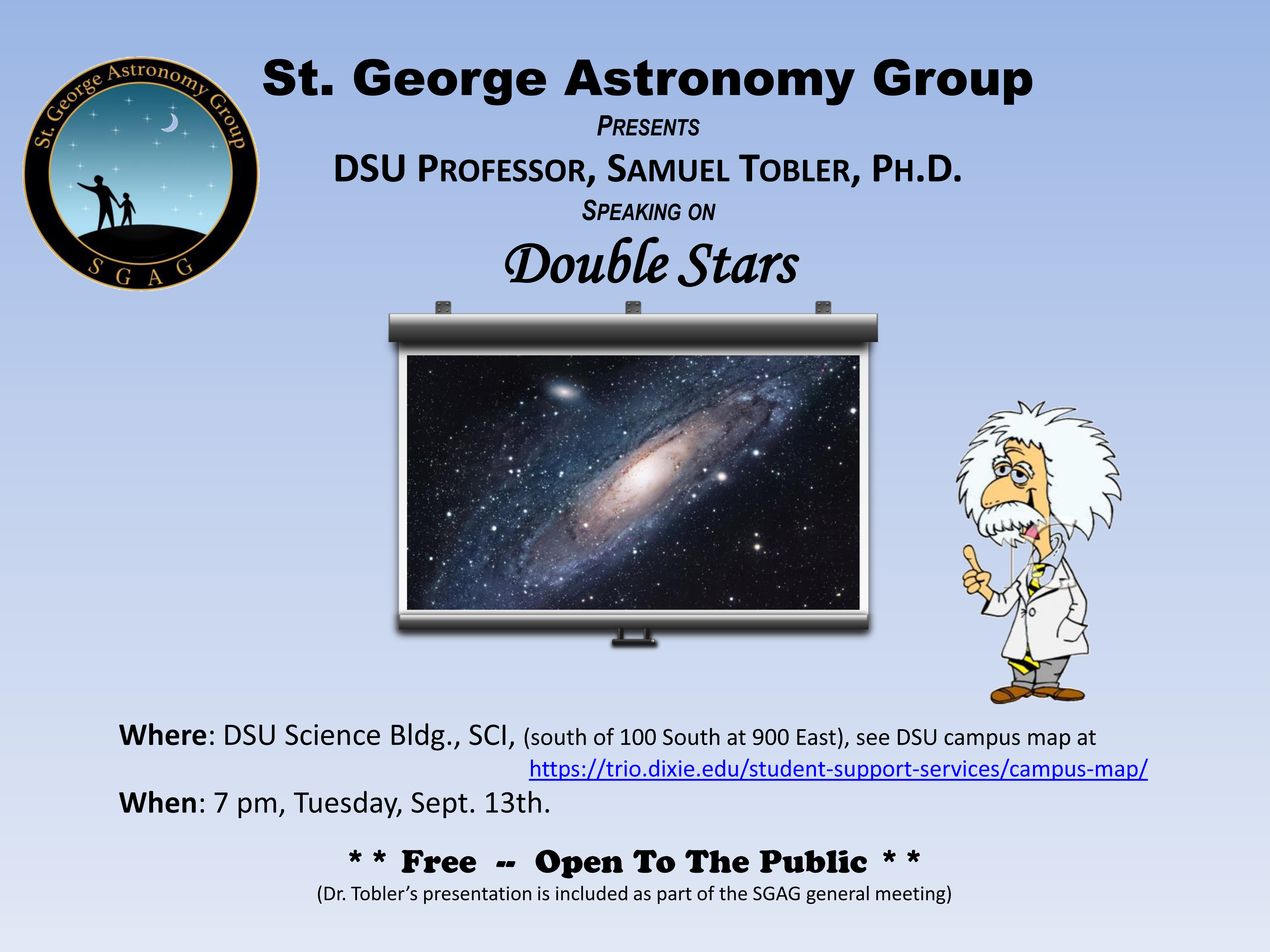 The group has been operating informally and has sponsored several local stargazing events. However, at Tuesday’s meeting, officers will be elected and decisions made about how to become an organization that is exciting, educational and fun. Anyone is welcome to attend the meeting.

The group plans to hold regular educational meetings to help educate the public about the many aspects of astronomy, group spokesman Mark Shelton said.

Becoming an official club, he said, will help foster friendships and interaction with local astronomers, both professional and amateur. It will also allow the new club to become part of a national astronomy organization and advocate for dark skies in Southern Utah.