A bicyclist was injured after being struck by a vehicle on Dixie Drive on Thursday, St. George, Utah, Sept. 8, 2016 | Photo courtesy of Cathy Edgerton, St. George News

ST. GEORGE — A man was injured after he was struck from behind by a vehicle while riding his bicycle on the shoulder of Dixie Drive Thursday.

The vehicle that hit the man stopped momentarily and then drove away, Trombley said.

The impact threw the rider off the bicycle and onto the gravel shoulder. The 64-year-old bicyclist sustained injuries to his side and knee, primarily cuts and abrasions from hitting the roadway, the officer said.

The man told officers at the scene that he was riding in the outside shoulder of Dixie Drive heading south and noticed in the rear view mirror attached to his helmet that a black car was quickly coming up behind him.

The driver veered onto the shoulder of the road, the man said, and as he attempted to quickly move over to avoid being hit he was unable to get out of the way. After he was struck, the car that hit him continued veering to the right and onto the gravel shoulder, the man told police.

The rider was able to get a glimpse of the car, according to a witness, and said it was a black sedan. The witness also said that other drivers pulled over and helped the injured rider after the incident.

The bicycle the man was riding suffered extensive damage as a result of being struck by the sedan.

Officers took a report at the scene and a woman later called police and reported that she had hit a man riding a bicycle earlier in the day, Trombley said.

The woman gave authorities a description of her vehicle, a black Honda two-door, and told them that she stopped immediately after hitting the rider, but didn’t approach the man and instead drove away.

The woman was subsequently cited for improper lane travel and leaving the scene of an accident with injuries. 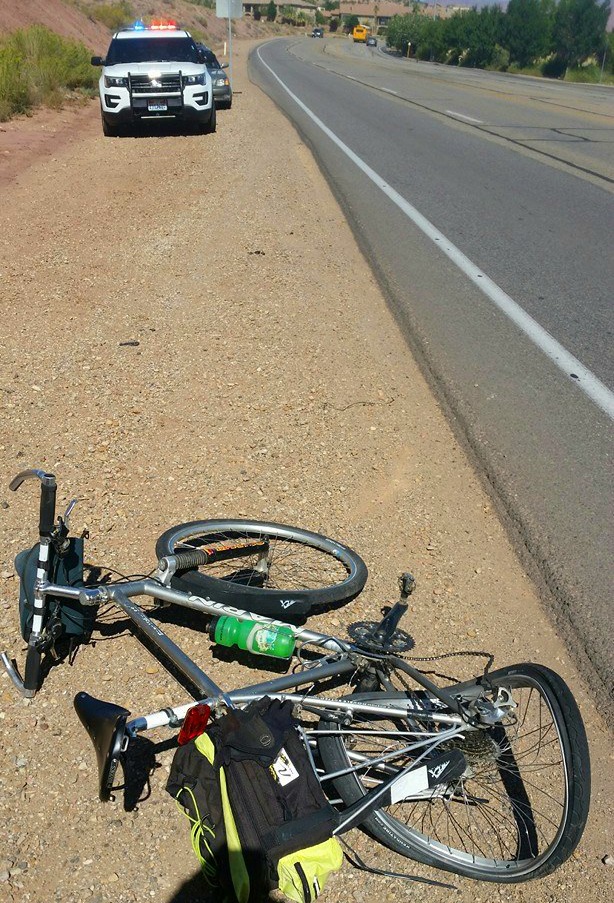 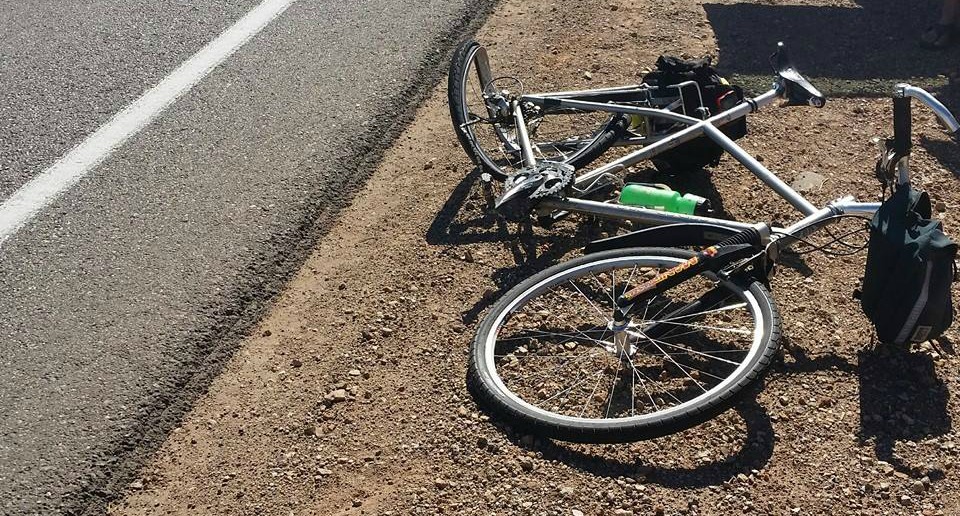 A bicyclist was injured after being struck by a vehicle on Dixie Drive on Thursday, St. George, Utah, Sept. 8, 2016 | Photo courtesy of Cathy Edgerton, St. George News 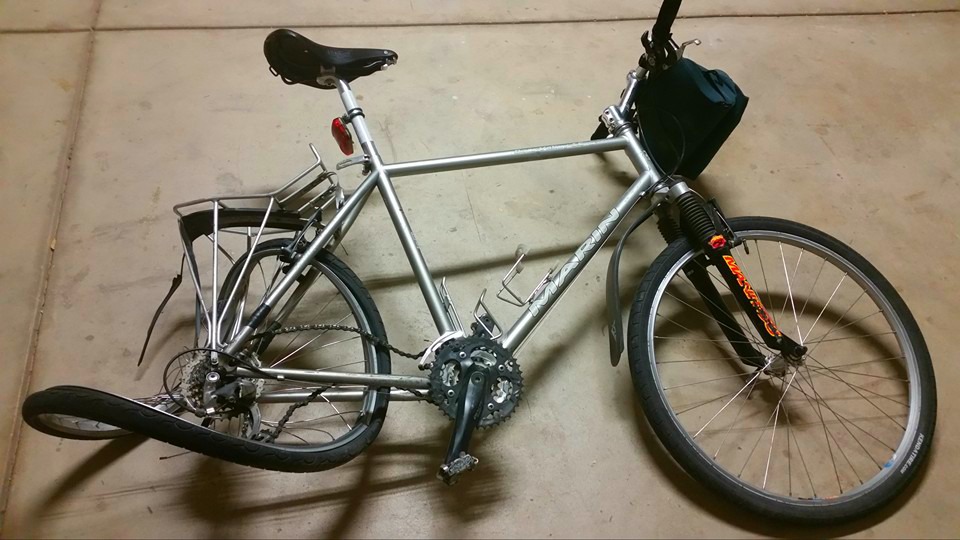 Extensive damage resulted after a rider and his bicycle were struck by a vehicle on Dixie Drive on Thursday, St. George, Utah, Sept. 8, 2016 | Photo courtesy of Cathy Edgerton, St. George News