ST. GEORGE – The excitement felt at Legend Solar Stadium this past Thursday night reverberated across campus. The students jam packed the stadium and it was a clear motivation factor for the team, especially at the end during DSU’s late defensive stand. The football team got the victory. DSU volleyball took two out of three matches in its season-opening invitational. Meanwhile, the Dixie State men’s and women’s soccer teams both started the season with two opening road losses. Coach Decker’s cross country teams took first (women’s team) and second (men’s team) in Arizona at the George Kyte Classic. Below is a summary of this week’s action:

The Dixie State football team won its first season opener in seven years with a 21-14 win over New Mexico Highlands.

While not a dominant first-half performance, Dixie State led the Cowboys the entire first half. “I felt we left a lot of points on the field,” said head coach Shay McClure. “We should have been up probably two or three touchdowns going into halftime.”

NMHU took advantage and grabbed its first lead at 12-7 after a 3-yard touchdown catch by Ramone Atkins. The Cowboys converted on a two-point try to take a 14-7 lead with 5:26 remaining in the third.

DSU counter-punched with an 11-play, 70-yard scoring drive to tie the game at 14-14. The Trailblazer defense then forced a three-and-out. After a good kickoff return, the Trailblazer offense took the lead on the next play from scrimmage. Quarterback Tyson Blackner tossed a lateral pass to Sei-J Lauago, who then found receiver Dejuan Dantzler for a 61-yard halfback double-pass touchdown. DSU led 21-14 with 1:30 remaining in the third quarter.

The fourth quarter heroics went to the Dixie State defense as safety Colton Olson made spectacular plays down the stretch to deny the Cowboys the tying score. Olson and linebacker Peter Brown led DSU with eight tackles each, while Darius Matthews finished with six tackles and one sack.

Blackner completed 12 of 22 passes with one interception and one touchdown, while running back Clifford Simms rushed for 101 yards on 16 carries.

On Friday night the Trailblazers ran into a motivated Northwest Nazarene and suffered their first loss, 28-26, 22-25, 18-25, 25-14, 15-12. “We knocked them out of the NCAA tournament a couple of years ago,” said DSU’s Megan Huddleston. “We knew they would come in with a chip on their shoulder.” The first set saw the Crusaders jump to a 10-3 lead. They would maintain that advantage most of the set and led late 22-16. DSU came back and took the lead 25-24 on two Huddleston service aces. But DSU could not close out and NNU scored four out of the five final points to get the first-set win.

The Blazers took the next two sets, winning the third easily. “I felt we had them,” said head coach Robyn Felder. “We played well the third set, passing well and countering their attacks.”

But the fourth set was all NNU. The deciding fifth set again saw the Crusaders jump out to an opening 5-2 lead. “We came out flat in each set we lost,” said Felder. “They started out with big leads. We can’t win when we do that, especially when we play even better teams we will face in the PacWest.”

DSU fought back to tie the set at 12-12 but again NNU closed with three straight points to take the set and match.

“We lost to a team we should have beaten,” said Daniel. “We will take what we can from it, put it behind us and get ready for the next match.”

The next match came the following day against Cal State-Monterey Bay. DSU was back in form and swept the Otters 25-14, 25-18, 25-23. The ‘Blazers led each set nearly from beginning to end.

Dixie State opened the 2016 regular season on the losing end of a 3-0 result at No.6 Colorado School of Mines Friday night in Golden, Colo.

The Orediggers broke open a scoreless match midway through the first half with two goals in the span of about one minute to vault out to a 2-0 lead. CSM then tacked on an insurance goal near the end of the 80th-minute to put the match away. 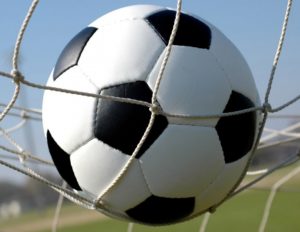 Dixie State fell to 0-2 after Metropolitan State University of Denver rallied for a 2-1 win over the Trailblazers Sunday afternoon in Denver.

DSU tallied its first goal of the season in the 22nd-minute as senior midfielder Sean Jenne bent in a free kick into the right side of the frame to stake the Trailblazers to a 1-0 lead. The Roadrunners, who fired 15 first-half shots (seven on goal) answered with the equalizer early in the 35th-minute.

They struck again two minutes later to give MSUD the one-goal advantage. DSU, which was held to just the Jenne shot in the opening stanza, attempted six shots in the second half, with two on goal.

MSUD outshot DSU for the match, 22-7, including a 10-3 edge on goal. Moises Medina led the Trailblazers with two shot attempts, one on frame, while goalkeeper Trella was credited with seven saves.

DSU continues its current road-swing next week heading up to Big Sky Country to play in the Montana State Billings-hosted Rimrock Men’s Soccer Classic. DSU opens play against MSUB on Friday, Sept. 9, and will play the University of Mary on Sunday, Sept. 11.

Dixie State opened the 2016 regular season on a sour note as the Trailblazers were shut out at Concordia Portland, 2-0, Thursday night at a soggy Tuominen Yard.

The Cavaliers opened the scoring in the 21st minute as Sydney Van Steenberge tucked home a low shot into the left side of the goal to stake Concordia to a 1-0 lead. The CU kept the one-goal advantage until midway through the 86th minute when Kayla Braunthal took a quick pass and netted a shot from the middle of the box to put the match away.

Concordia outshot DSU 16-12 overall, including a 9-3 edge on goal. Forwards Darian McCloy and Alexis Torres paced the Trailblazers with four shots apiece, while the duo accounted for all three DSU shots on frame. Goalie Angelica Ciucci was credited with seven saves in a losing effort.

The Falcons tallied the lone goal early in the match. Dixie State had its chances as the Trailblazers fired three shots on frame later in the stanza, but could not score. DSU managed just two total shots in the second half and could not get one in the net.

Seattle Pacific outshot DSU 7-6 overall, including a 5-4 edge on frame. Forward McCloy accounted for four of DSU’s six shots with three chances on goal, while Ciucci finished with four saves.

Dixie State will return to friendly environs by opening home play with two matches at Legend Solar Stadium. DSU will play Humboldt State on Thursday, Sept. 8 at 7:30 p.m., followed by a match against preseason No. 24-ranked Sonoma State on Saturday, Sept. 10 at 12:30 p.m. 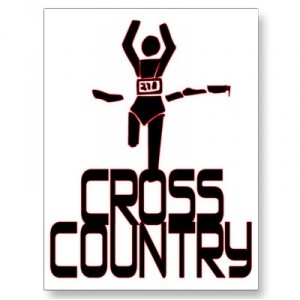