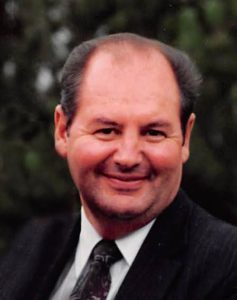 The world became a brighter, happier place when a baby boy was born to Fred Edis & Mary Lambert Taggart on Feb. 13, 1942.

Bryan Lambert Taggart, 74, passed away Sept. 4, 2016, at his home in Fairview, Utah, from a long battle with Parkinson’s disease. He was born Friday, Feb. 13, 1942, in Logan, Utah.  He grew up with his sister and brother, Toni & Tim, in Lewiston, Utah, where their family owned a registered Holstein dairy farm and learned the value of hard work!! Bryan attended Elementary & Jr. High in Lewiston and North Cache High School where he graduated. He also graduated from LDS Seminary in 1960. In his years as a youth, besides being No. 1 hand on the farm, he loved being a Scout and took Scouting seriously, reciting the Scout Oath often and still does.

Bryan attended & excelled in many BSA & 4H activities, winning state honors in many of them. Bryan commented that with dairy, Scouting, 4H and FFA in high school, he didn’t have time to get into trouble. He attended Utah State University briefly before serving an LDS mission to the Northwestern States from 1961-1963. After his mission Bryan joined the U.S. Army Reserve and continued in that service for six years, obtaining the rank of Staff Sergeant. He resumed his studies at USU in accounting and ag-economics.

While in college Bryan met and married Sharon Mary Nosack in March of 1966 in the Logan Temple. They raised seven children in Lewiston: Gina, Julie, Duane, Kristie, Rebecca, Scott and Jana while working the dairy farm and land, milking cows, moving sprinkler pipe, raising a wonderful garden and enjoying the fruits of their labors. As a family they enjoyed camping, fishing and being in the out of doors. The children loved being pulled by a tractor, driven by their Dad, with a snow sleigh called the “screamin’ demon” …. what a thrill!! In 1972, Kathy Pinto, age 9, a Navajo Indian placement student, came to join the Taggart family and remained with them for over 20 years.

After 17 years of living on the farm, it became necessary to sell the dairy and move to a warmer climate. Bryan and Sharon settled in St. George, Utah, where he began driving a school bus for Washington County and continued for 23 years. Bryan began his accounting career for Savage, Esplin & Radmall in St. George, where he worked for 28 years until retirement in 2008, due to health reasons. Those 28 years were full of treasured memories, hard work and many hours of service.

Bryan was a faithful member of The Church of Jesus Christ of Latter-day Saints. He held many positions throughout his life. Being in the service of others was important to him and when he could no longer do so, it became difficult for him to accept.

After 26 years of marriage, Bryan and Sharon divorced in November of 1992. Bryan met and married RuLea Heaton Brooksby in November of 1993. She was the light of his life along with her nine beautiful children. They lived in Santa Clara for 18 years before relocating to Fairview, Utah, in 2012. The move was very challenging for him due to his illness, but he enjoyed being back to a peaceful and beautiful farming community.

In lieu of flowers, a donation to the Taggart Family Fund at Mountain America would be greatly appreciated. Thank You!