ST. GEORGE — Sunday morning brings many things: leisurely breakfasts, relaxing in pajamas or getting ready for church. Throw a porcupine into the mix and the morning suddenly gets a little prickly.

One family down by the Red Cliffs Mall found that out just before 10 a.m. as they discovered a porcupine in their backyard. A call was placed and St. George Animal Control officer David Vane was dispatched to the house.

“I used a catch pole,” Vane said, “put it on him, put him in a box and came up and released him.”

Despite the urban legends, Vane says porcupines do not shoot their quills.

“They just hit you with their tail. That tail, they can move that pretty good. They can whip that and you just don’t want to be in range of it.”

Porcupine quills typically lie flat until a porcupine is threatened, according to National Geographic, then leap to attention as a persuasive deterrent. Although they can’t shoot them, the quills do detach easily. They have sharp tips and overlapping scales or barbs that make them difficult to remove once they are stuck in another animal’s skin.

“Probably halfway to Oak Grove,” Vane said laughing. “No, not that far. It was out there past the reserve; came off down into a ravine and just turned him loose.”

There are many species of porcupine, which is actually classified as a rodent, the North American porcupine being common to Utah. According to Wild Aware Utah, the porcupine feeds mostly on the ground during the summer, eating grasses, forbs and succulents, often along waterways. They can also be drawn to things that are salty.

“On occasion porcupines can be attracted to the wood handles of tools, wheelbarrows and gloves because of salty sweat absorbed in those items,” Wild Aware states. “If you have these attractants around your property porcupines may come looking for a snack.”

Besides the threat of quills, Wild Aware noted, a porcupine around your property today could attract its predators to your property tomorrow – coyotes, cougars and bobcats.

Collection, importing and possessing porcupines is controlled by the Utah Wildlife Board. If you come across an undeterred porcupine on your property, contact the nearest field office of the Division of Wildlife Resources, animal control or 911 for assistance in removing the animal. 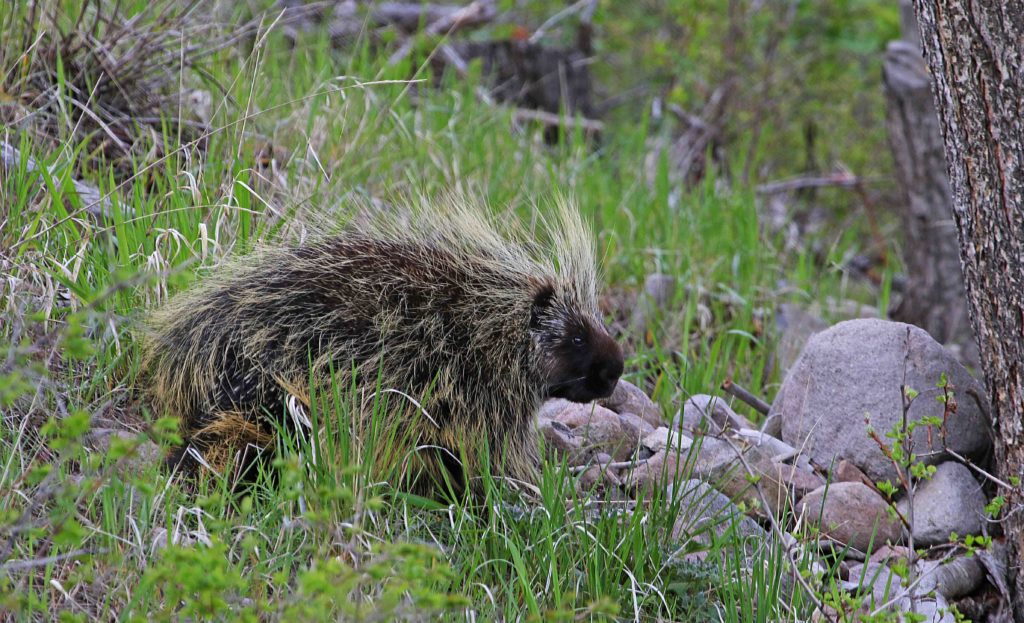 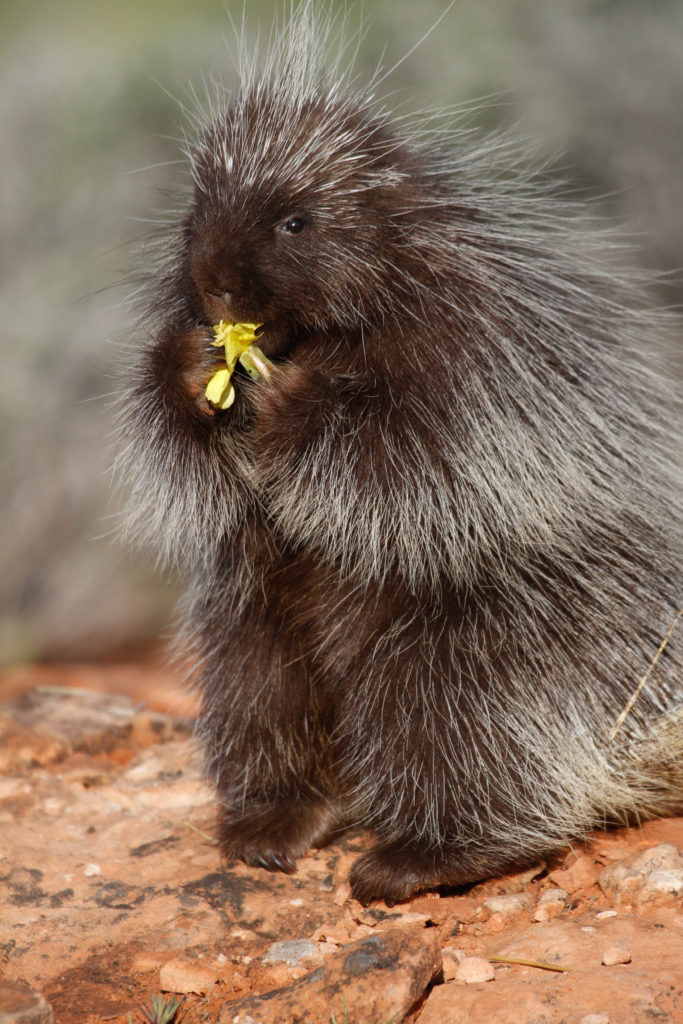 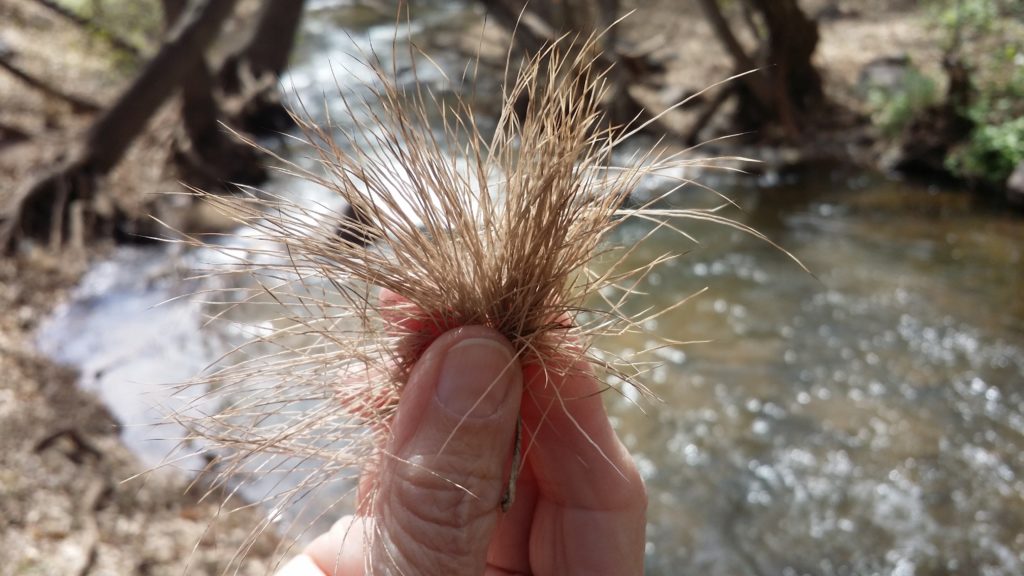 Quills detach from the porcupine easily, have sharp tips and barbs that can lodge into a predator's skin. These quills were found along a creek beside the campground area of Baker Dam Recreation Area, Utah, March 27, 2016 | Photo by Joyce Kuzmanic, St. George News 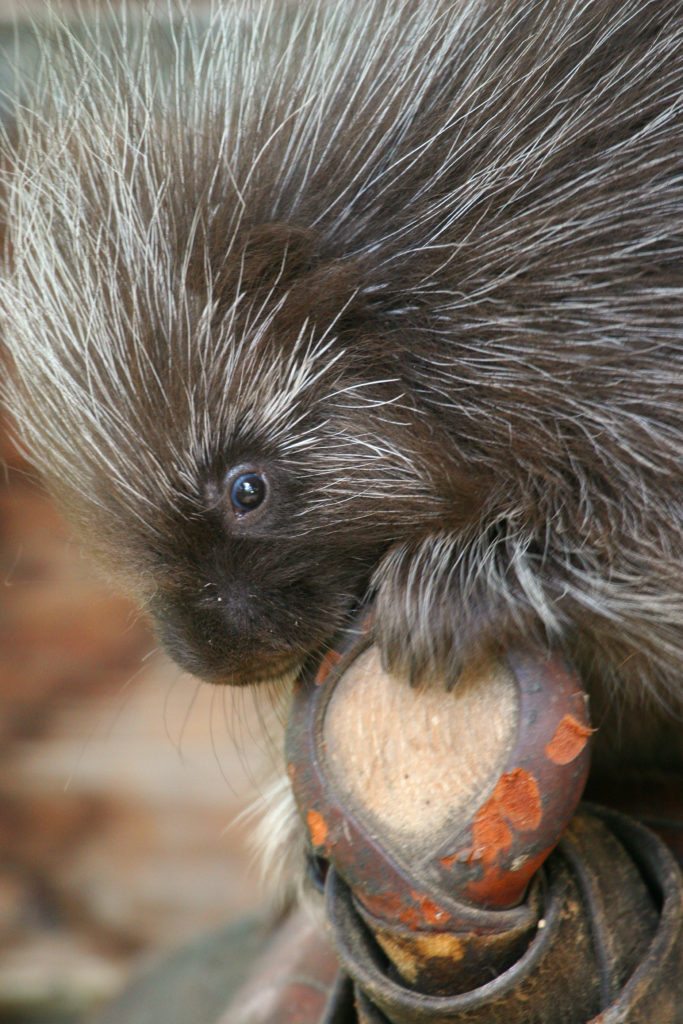 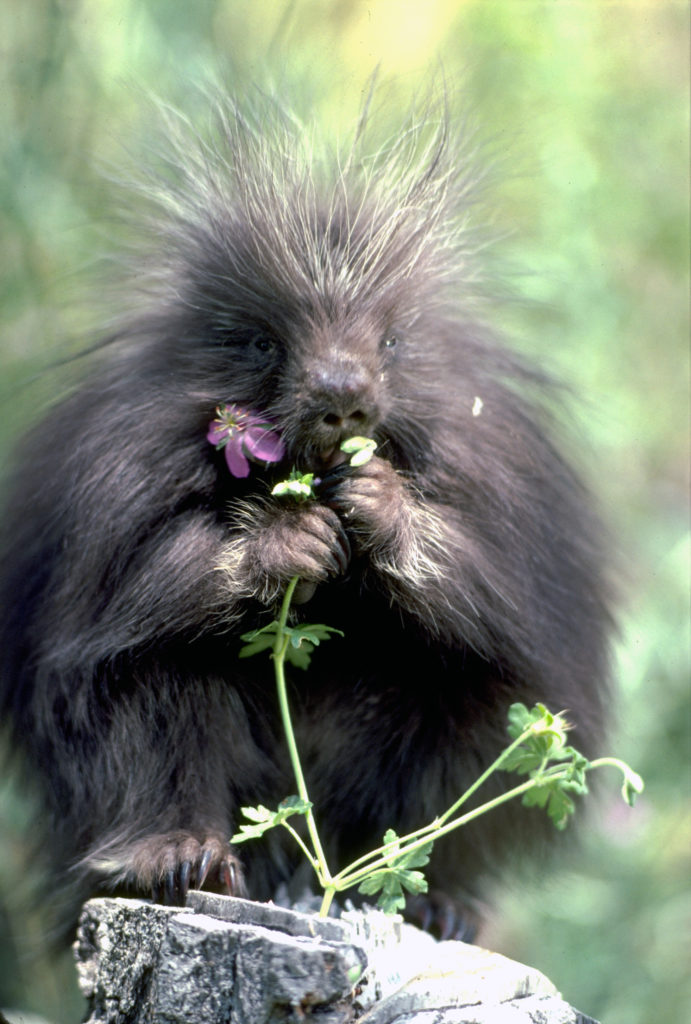 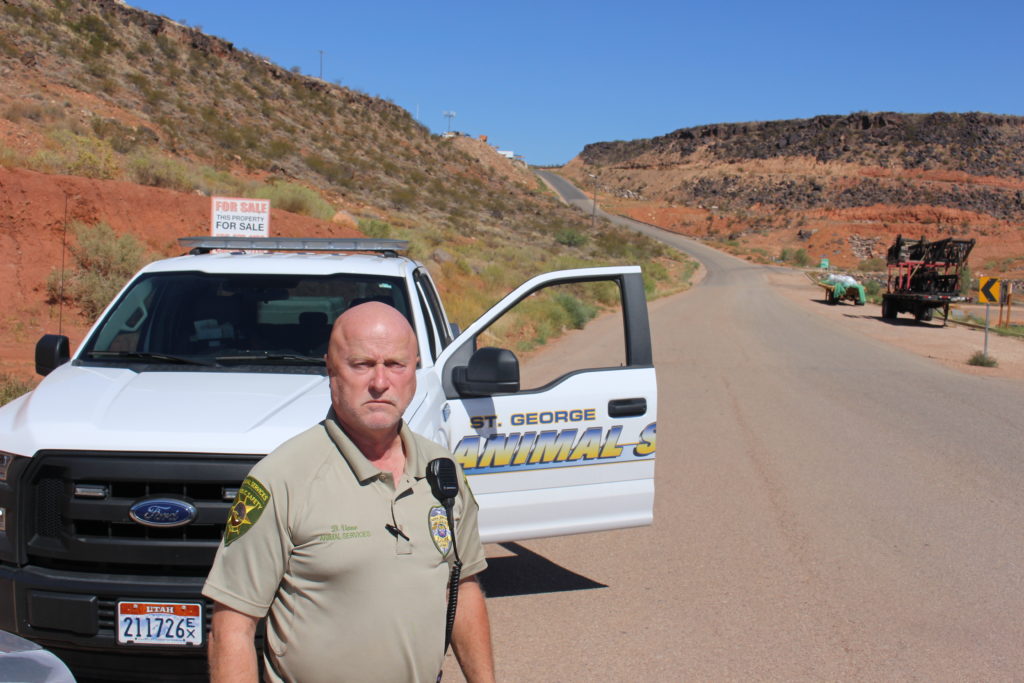 "I wrote my first word when I was very young. I enjoyed this so much I decided to write many more words." A native of Pacific Palisades, Calif., Ric is the weekend editor of St. George News, returning after a three year absence. Ric was bitten by the news bug as a staff writer and associate editor of the Palisades High School Tideline. After school he entered the media as a radio personality, both playing music and reporting news. Ric moved to St. George in the 1980s and was the morning personality on all three major AM stations in town. An avid amateur radio operator, Ric also plays with the Rock Dox, showcasing his skills on keyboards, bass and guitar. Ric lives in the center of St. George with his partner Terri, two snoring dogs and too many neurotic cats.

Should I break the window? Police address what to do for animals locked in hot cars

Traffic advisory: State Route 18 at Dammeron Valley closed both ways due to fire