WASHINGTON COUNTY — Labor Day weekend plans were altered when a truck pulling a travel trailer slid sideways on Interstate 15 when the driver lost control coming down a steep grade.

Both occupants walked away uninjured from the crash that occurred around 1 p.m. Friday. Traffic was backed up for miles as debris was cleared from the roadway.

Emergency personnel were dispatched to the reported rollover a few miles north of Exit 16 on I-15, Utah Highway Patrol Trooper Jesse Williams said.

As officers responded they found a pickup truck laying on its side with a severely damaged, overturned trailer several feet away, the trooper said. The camper had been ripped from the truck during the crash.

Both northbound lanes of traffic were completely blocked when officers got there.

After checking on the vehicle’s two occupants and finding them uninjured, emergency workers started clearing debris while the trailer was pulled to the side of the interstate using a Utah Highway Patrol truck. Officers were then able to open a lane for traffic that was by then backed up for miles.

The pickup was towed from the scene, however the trailer required a Landoll Lowboy wrecker. The body of the trailer had been split wide open during the crash.

The driver told officers he and his wife were heading north on the interstate and as they entered the steep down grade near mile marker 19 the trailer they were towing started to fishtail. Once it started they could no longer control the vehicle, the trooper said.

Once the driver lost control the truck and trailer began sliding and then rolled over onto the roadway. The couple walked away uninjured because both were wearing their seat belts, the trooper said, adding, “or this wreck could have been so much worse.”

“Once we arrive at a crash we want to know that people are safe. Even if their vehicles are destroyed those can be replaced, but people can’t be,” Williams said.

As it turned out, the couple, who wished to remain anonymous, were on their way to an annual family reunion being held near Manti, Utah, they said. Both expressed their gratefulness at being able to walk away from the crash, but said they suffered a loss of a different kind.

“We’ve gone to this reunion every year for over 30 years,” the woman said, “and this is the first year we will miss it.”

Once the Lowboy arrived, the trailer was loaded, removed from the roadway and the scene cleared.

According to crash statistics compiled by the Utah Department of Public Safety, a 10 year study showed that Labor Day is the second deadliest holiday, only surpassed by the Fourth of July. Coming in third is Pioneer Day.

In 2015 the Labor Day weekend saw more traffic-related fatalities than any other holiday that year when four people lost their lives on Utah roadways.

“This is the start of the holiday weekend,” Williams said, “and a significant contributor to many crashes, particularly on the interstate, is speed.”

Williams went on to say:

“Even if it takes five more minutes, just slow down. That way you will get to wherever you are going, instead of possibly being involved in a crash – which could mean you won’t arrive at all.”

Traffic was impacted for more than three hours, one witness said, largely due to the amount of debris from the shattered trailer, which took emergency workers more time to clear. 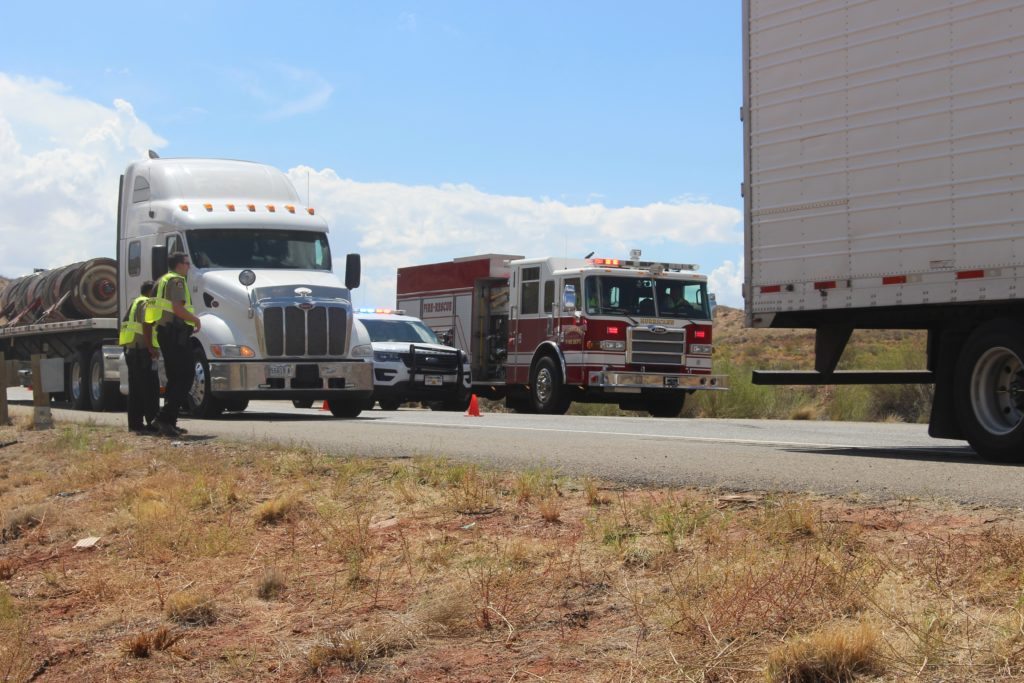 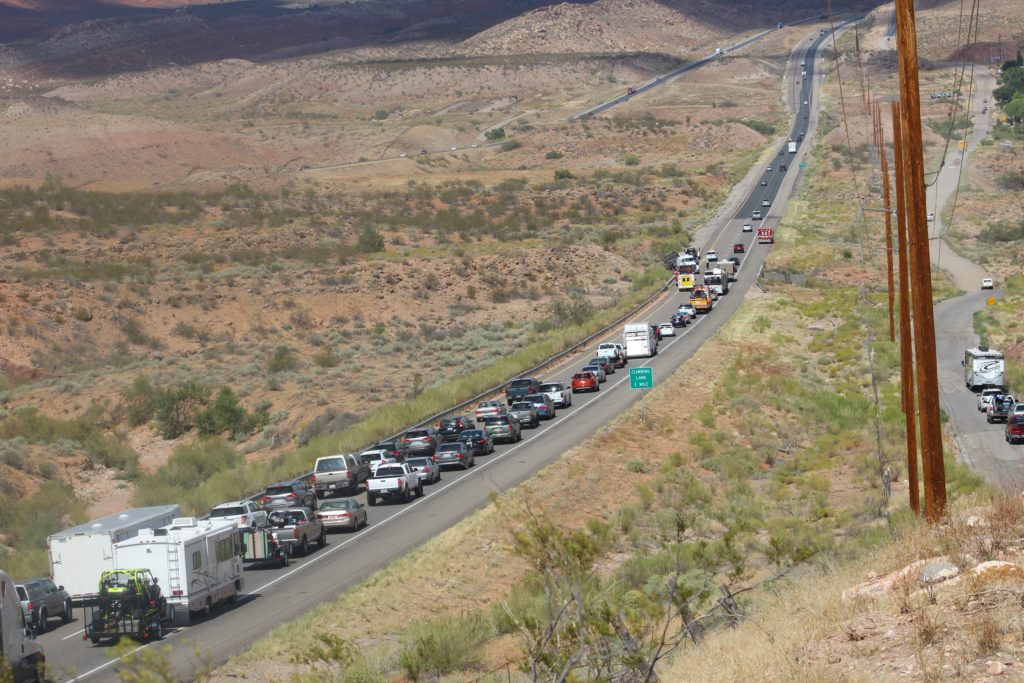 Cars were lined up in both northbound lanes on I-15 after a rollover involving a truck and travel trailer, Washington County, Utah, Sept. 2, 2016 | Photo by Cody Blowers, St. George News 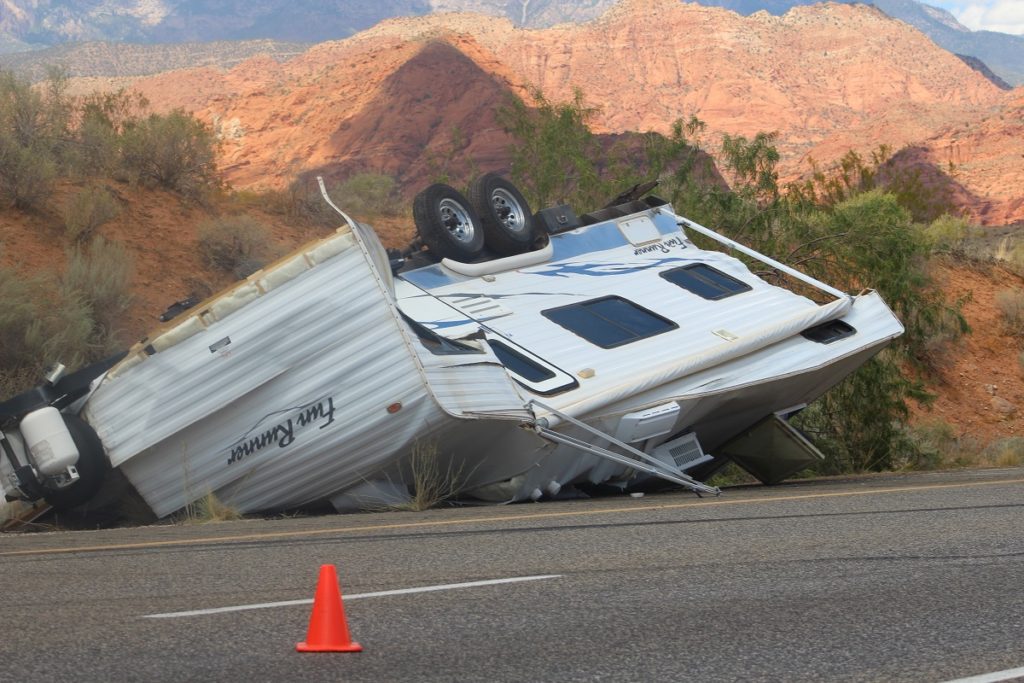 A travel trailer was destroyed after separating from a truck during a rollover on Interstate 15 Friday, Washington County, Utah, Sept. 2, 2016 | Photo by Cody Blowers, St. George News 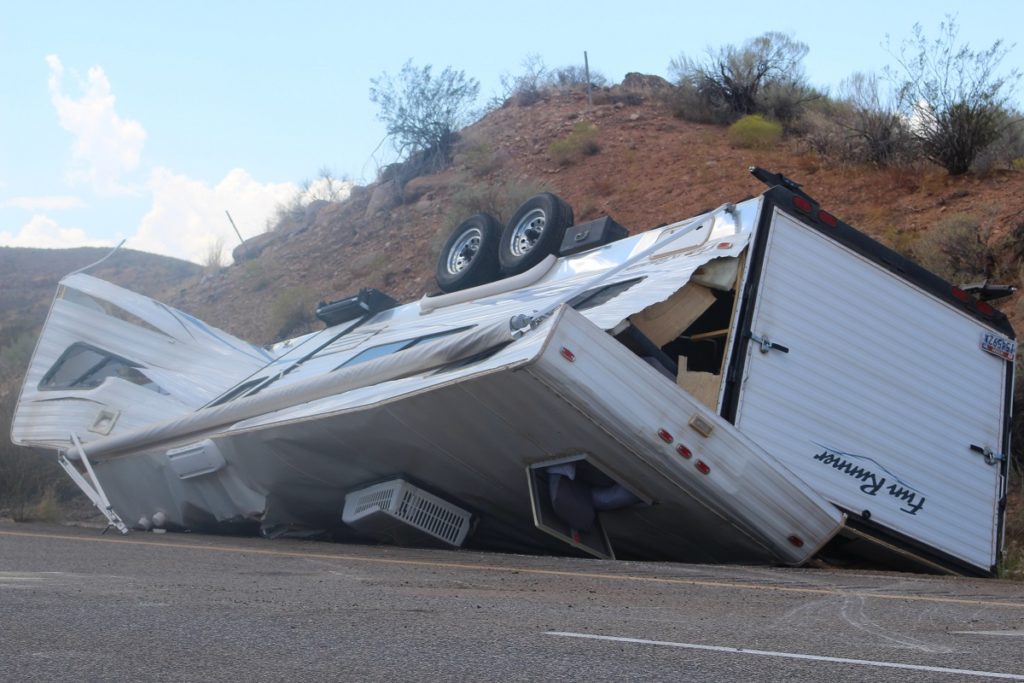 A travel trailer was destroyed during a rollover on I-15 Friday, Washington County, Utah, Sept. 2, 2016 | Photo by Cody Blowers, St. George News 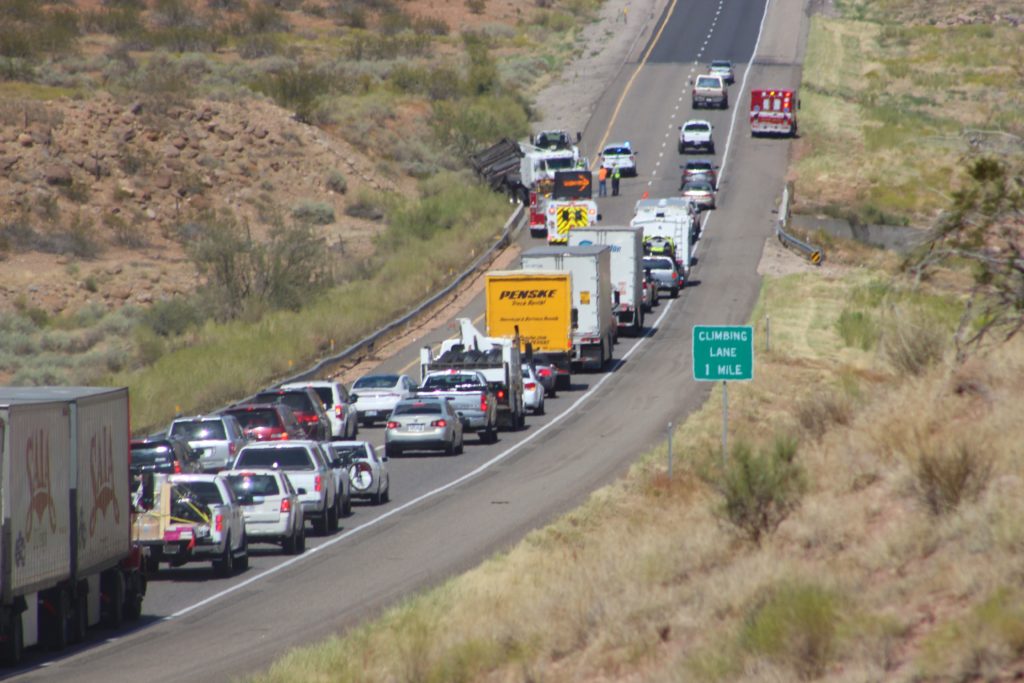 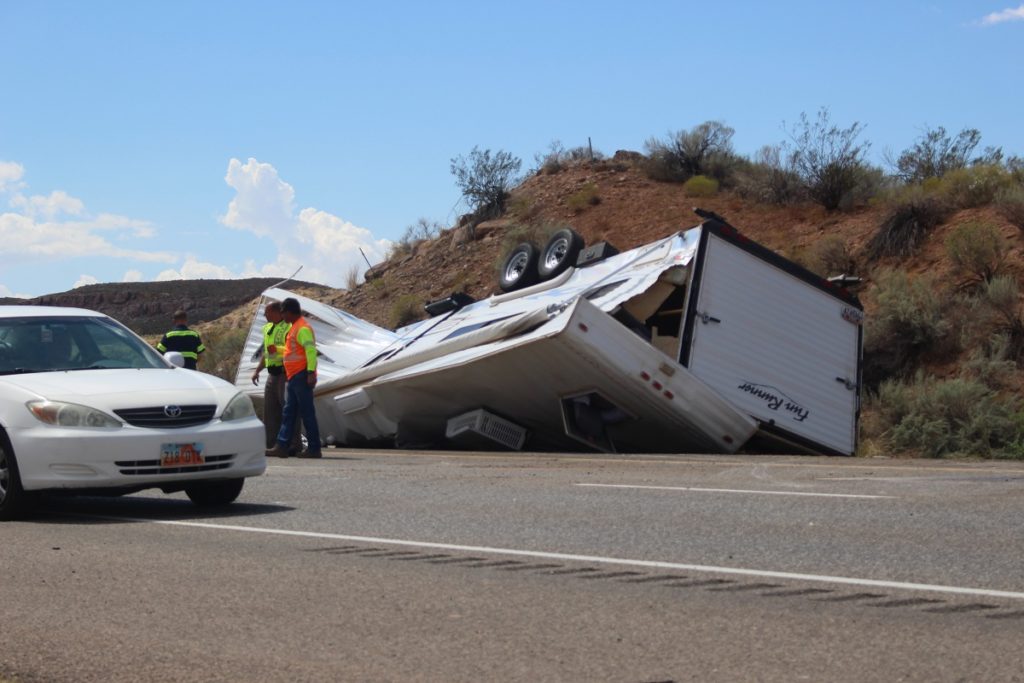 A multi-agency response was required and a travel trailer was destroyed during a rollover on Interstate 15 Friday, Washington County, Utah, Sept. 2, 2016 | Photo by Cody Blowers, St. George News

2 in critical condition after being ejected in highway rollover