ST. GEORGE — After almost 27 years, the title of Utah High School Rodeo Queen has returned to Southern Utah. In June, McKinley Drake of St. George was crowned as ambassador for the Utah High School Rodeo Association. She will be the queen of the “rough-and-tumble” events for the 2016-17 rodeos and will appear at the 82nd annual St. George Lions Dixie Roundup Rodeo in September. For Drake, this is a journey that started when she was still a toddler.

Winning a rodeo queen competition takes more than just wanting to be queen or bedazzling the judges by wearing glittered outfits. It represents hard work and an important, exciting time for the girl chosen.

At the Utah High School Rodeo Finals in Heber City in June, Drake was awarded the title of Miss Utah High School Rodeo after placing first in the categories of test, horsemanship and interview and placing second in appearance, personality, modeling and impromptu. She also received High Point Honor for the most points earned during the rodeo season.

Participants in the contest have to commit to spending a considerable amount of time in a professional manner. They represent the Utah High School Rodeo Association and their title not only at rodeos but also parades, public events, interviews and charity occasions. Drake, who said she is a cowgirl first, was up to the challenge.

Drake started rodeoing young because of her love of horses. She sat on the back of a horse at age 3 and was fortunate enough to have her own about the time she started school. She named him Freckles, as he was a very spotted old Arabian.

She said she tried to never be discouraged even when rodeoing seemed too hard. After a particularly good throw from her horse at an event, she waited for her time. The rodeo announcer said, ‘Give that girl a hand. She had a lot of try,’ but she was still given a 10-second penalty for breaking the barrier.

Drake learned early on that crying is a waste of time. Just learn to do better, she would tell herself, there’s always another event.

While many of the rodeos where she competed blur together, one evening stands out. She remembered meeting a beautiful rodeo queen. Mounted on her Appaloosa, the queen wore a glittering crown on her hat and a banner that read “Miss Utah Rodeo.” She took time for Drake and cheered and congratulated her for her hard work and courage. Drake knew that one day she would be in a queen contest.

“I doubt that rodeo queen remembers the day and certainly doesn’t know the impact that she had on my life,” Drake said. “She was friendly, supportive and encouraged me to keep participating in the sport and to try the queening contest.”

This was advice Drake took to heart. There have been sacrifices along the way. She had to choose between soccer and rodeo, a decision she contemplated for only “about a second,” she said. Additionally, dance and piano lessons went by the wayside after her freshman year in high school. Because of the love for rodeo, she said she doesn’t feel like she has sacrificed.

“When you are doing something you love, you just work hard at it.”

During summer, Drake often awakes at 5 a.m. and heads to the barn to ride and practice. During school days, she rides one horse before sunrise and then a couple of horses after her homework is done with barn lights on. Part of training is riding different horses for different events.

When she was training for the National High School Finals Rodeo in July at the same time as performing at the Gunlock Rodeo, she often wouldn’t get home until 1 a.m.

“Riding several hours a day and working on perfecting my sport is like any other sport,” Drake said. “I get out of it what I put into it. Rodeoing teaches me life skills: determination, perseverance and responsibility.”

Drake competes in many of the rodeo events, including barrels, pole bending and breakaway roping. She added team roping and cutting to her event list this year.

One of her favorite rodeos is the Gunlock Rodeo. This year, she competed three nights in a row in two events: team roping and breakaway. When another competitor’s horse came up lame, Drake was first to offer her horse so her contender could compete in the breakaway roping event. Her friend took first place on Drake’s horse that night.

With her busy rodeo schedule, Drake still maintains a 3.9 GPA and is a member of the National Honor Society at Desert Hills High School. She participates in the National FFA Organization and HOSA-Future Health Professionals club. She is also on the debate team and won at the region debate tournament last school year. She also won at the region and state Science Olympiad last spring.

Drake said she is fortunate to have a family who loves rodeo and not only cheers for her but also participates with her. On July 13, Drake left St. George with the support of her entire family on the way to Gillette, Wyoming, for the National High School Finals Rodeo, known as the “world’s largest rodeo,” in pursuit of the national queen title.

Drake returned home with $350 in scholarship winnings, the Spirit and Integrity Award and the great honor of third attendant. The Utah girls’ team was also awarded more points than any other girls’ team in the nation.

One of Drake’s favorite quotes is “Hard work puts you where good luck can find you,” and at just 16 years old, it is clear that she is just getting started.

Catch McKinley Drake at the Dixie Roundup, other rodeo events

The St. George Lions Dixie Roundup Rodeo will be held in the Dixie Sunbowl Sept. 15-17.

As Miss Utah High School Rodeo Queen, McKinley Drake will be riding in the Dixie Roundup on Thursday night, Sept. 15, and then participating in the Sevier Rodeo the next night. She plans on being back in St. George again Saturday night for the final evening of the Dixie Roundup.

For the remaining rodeo season, Drake’s schedule takes her to Oakley and Vernal in August and Panguitch, Salina and Cedar City in September. She will have a short break until October, when she will continue with the “Dixie 6 High School Rodeo,” an event that take place over the course of three weekends at the Washington County Fairgrounds. 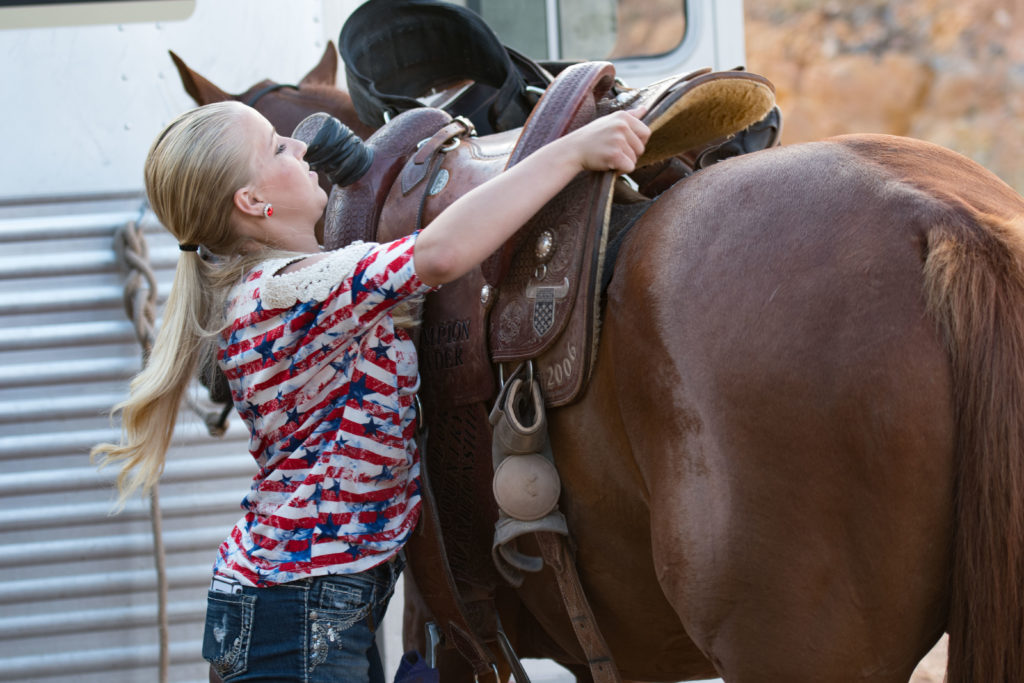 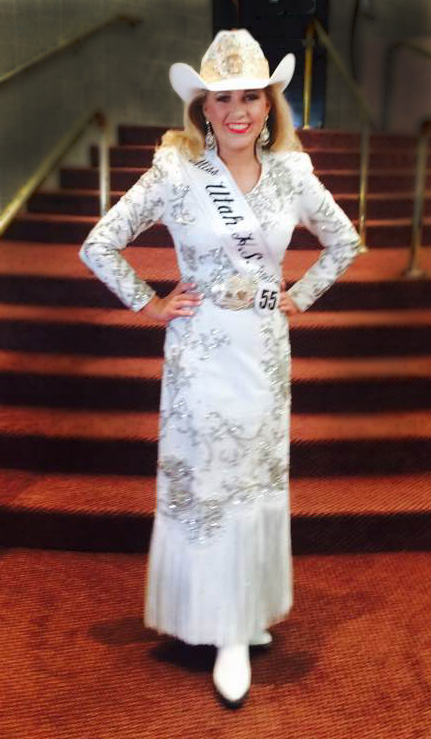 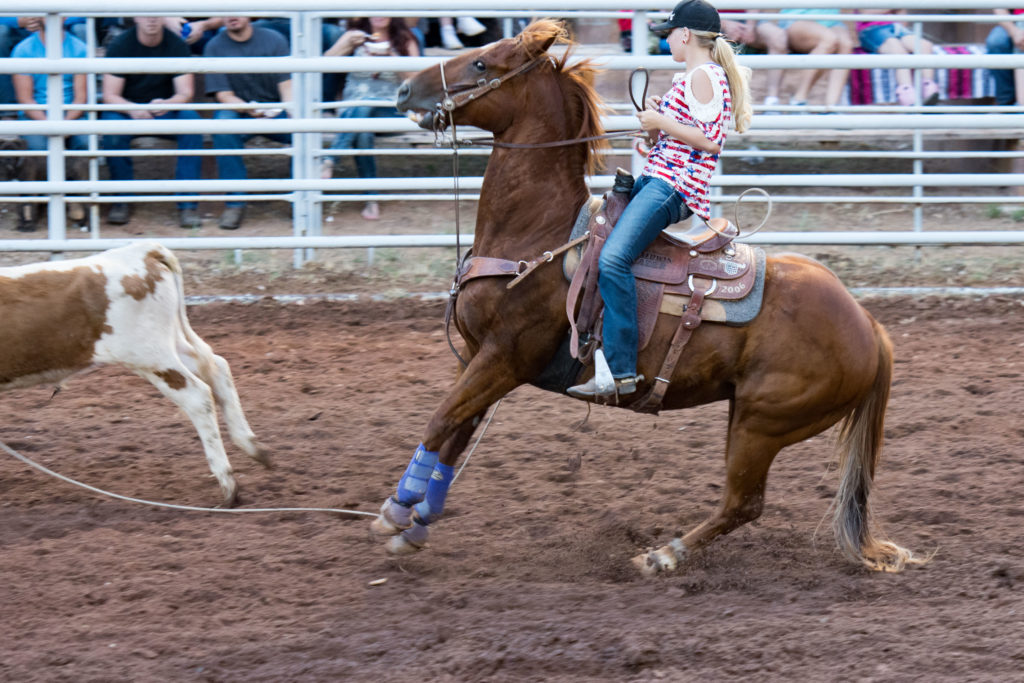 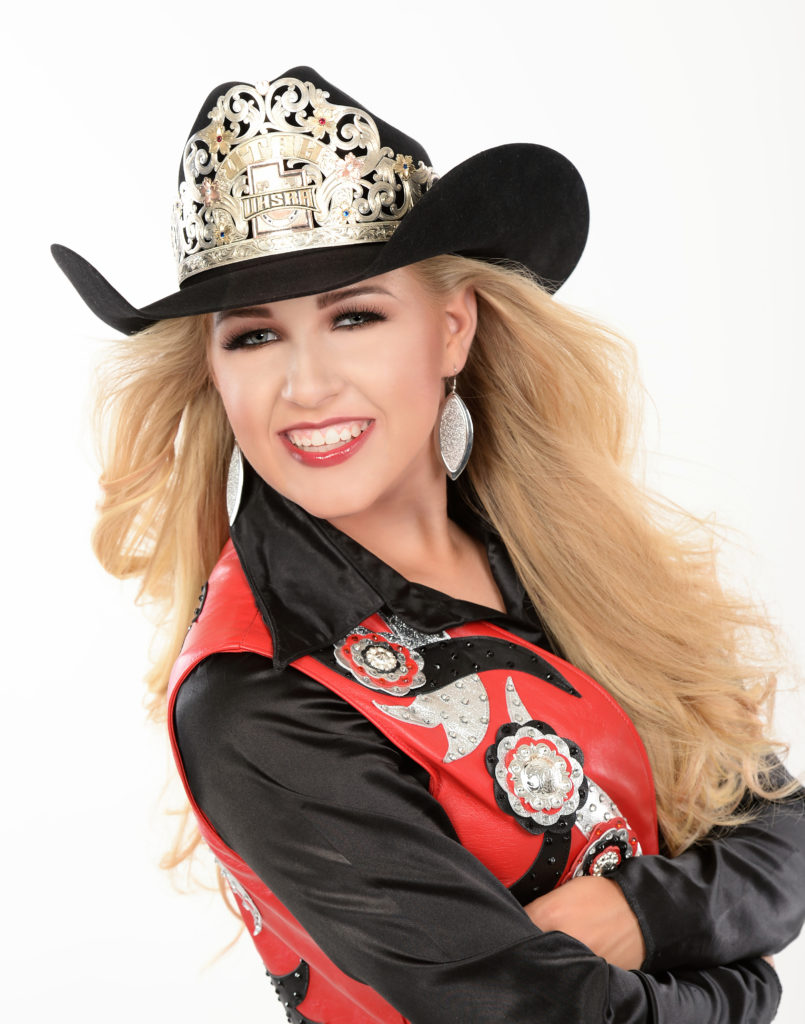 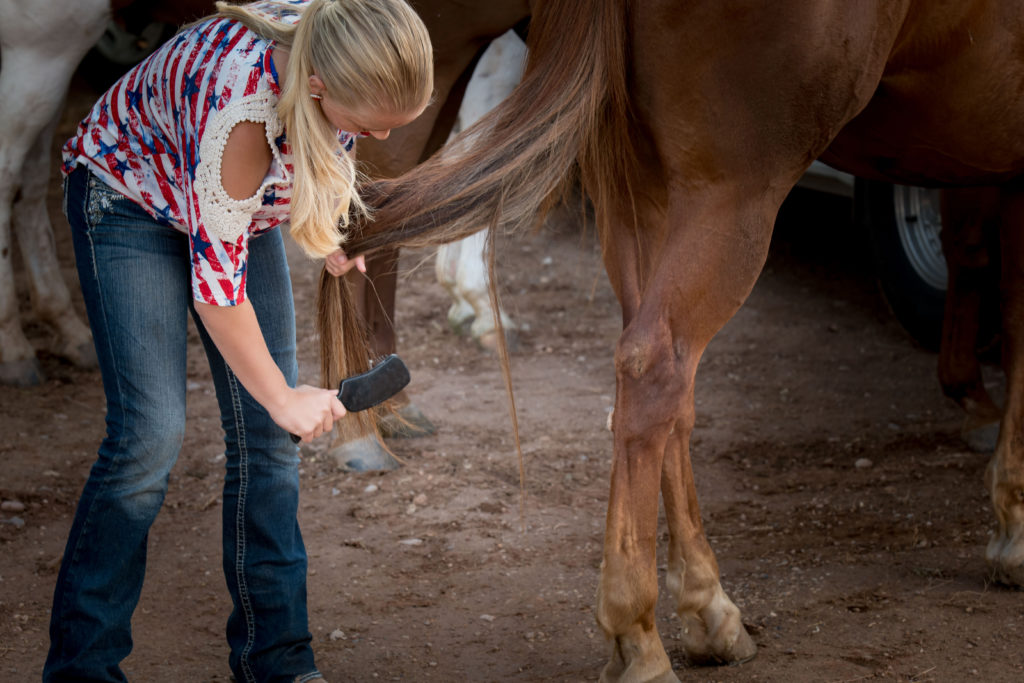 See prior features in the series: “Branding day; today’s cowboy,” “Fishing day; the B-4-Reel and a really bright trout at Otter Creek,” “History day; Virgin Town walkabout, once ‘a dreadful place’,” “Way-stop day; take a step back in time at Cove Fort,” “Hot hiking day; Fruita, an oasis in the desert of Capitol Reef” and “Railroad day; Caliente is born, dies and revives.”

'Everything she does is full of passion'; Desert Hills High School dancer earns national award

Performance Player of the Week: Honoring some of the 'diamond sports' seniors | Sponsored by Ken Garff St. George Ford