ST. GEORGE — Phones. What would we do without them?

Our entire life seems to be run by our smartphones – texts, social media, calendars and appointments, games, apps, to do lists are all housed on these handy devices. 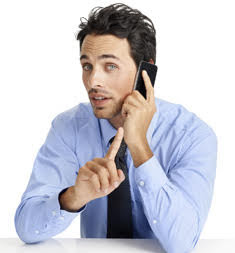 Interestingly, the younger generation today haven’t been raised using phones as telephones – a device you actually speak into.

Smartphones are training all of us to use alternative forms of communication, to the point where a ringing phone is a cause for concern. Tweets of 140 characters, emails, text messages, SnapChat, WhatsApp and so on. And, while those over the age of 30 are “training” in this brave new world, the 20-somethings and younger have been brought up on this way of communication.

The art of talking on the telephone, not unlike the art of letter writing, has gone the way of the dodo bird.

Yet, we are finding that when it comes to communicating clearly and succinctly, avoiding miscommunication and building relationships, there is very much still a place and need for the phone call. So brushing up on our phone etiquette and skills is not such a bad idea.

Here are a few tips to remember before you pick up that phone and dial:

Some of these tips might seem obvious but the key to etiquette is to remember that perception is reality. If someone perceives that you are being rude, you are being rude, whether you think you are or not. If you’re not sure how to behave, simply imagine the roles reversed. Would you want someone snapping gum in your ear while you were on the line? We think not.

Submitted by Joel Schwartz of Parlor.me.

Joel Schwartz is the founder of Parlor.me—the first and only Social Talking Network that will soon release it’s revolutionary 4.0 update. Parlor connects people that share the same interests, want to talk about the same topic, and do so in a one-on-one private conversation.  It’s a great place to connect with friends and make new ones. Popular discussion topics include politics, sports, advice, religion, music, games, celebrities and much more. Parlor offers users the ability to connect on a deeper, more personal level than other digital social networks.