Upon arrival officers found four vehicles smashed together in the northbound lane with several people standing outside of the cars.

During the investigation officers determined that what appeared to be a four-car crash was actually two separate collisions, Ence said.

The first crash occurred between a green Honda Accord and a silver Chevrolet Equinox. The woman driving the Honda was stopped at 500 North on Bluff Street when the traffic light turned green.

Just as the woman released the brake to proceed north on Bluff Street her car struck from behind by the Equinox. That collision disabled both vehicles in the left hand lane.

Meanwhile, a gray Mazda traveling behind the Equinox was able to stop in time to avoid a collision, but was rear-ended seconds later by a white Chevrolet pickup truck hauling a trailer.

That secondary collision then pushed the Mazda into the Equinox, which collided a second time with the Honda, Ence said, making it appear as though all four cars crashed in a single collision.

Minor injuries were reported by the vehicle occupants, but all declined transport to the hospital.

Two citations for following too close were issued shortly after the collision; one to the driver of the Equinox and the second to the man driving the pickup truck. 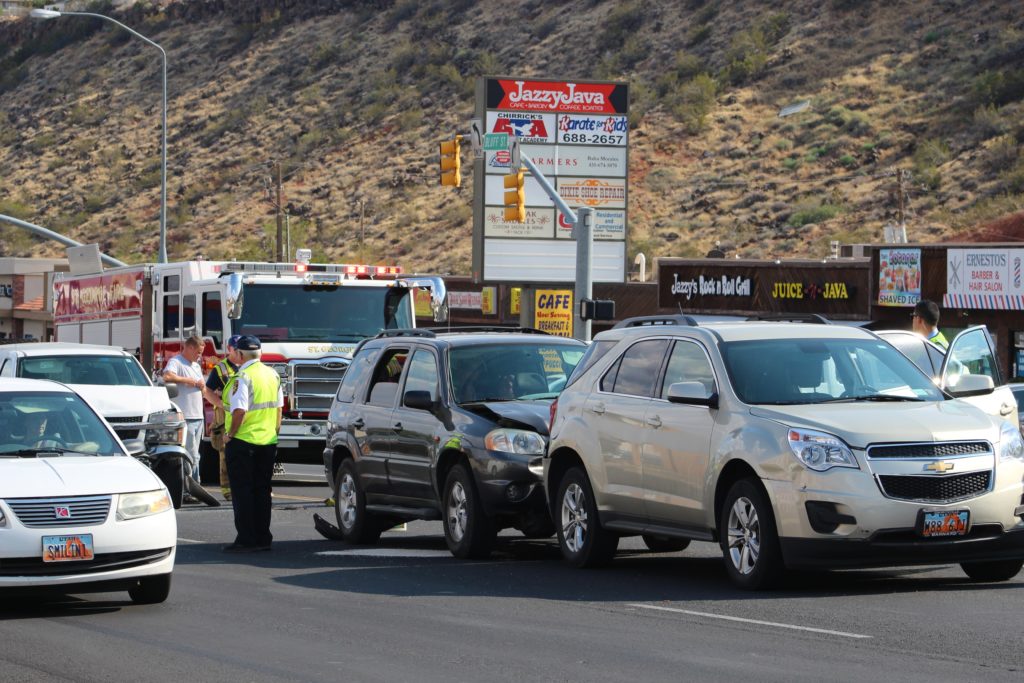 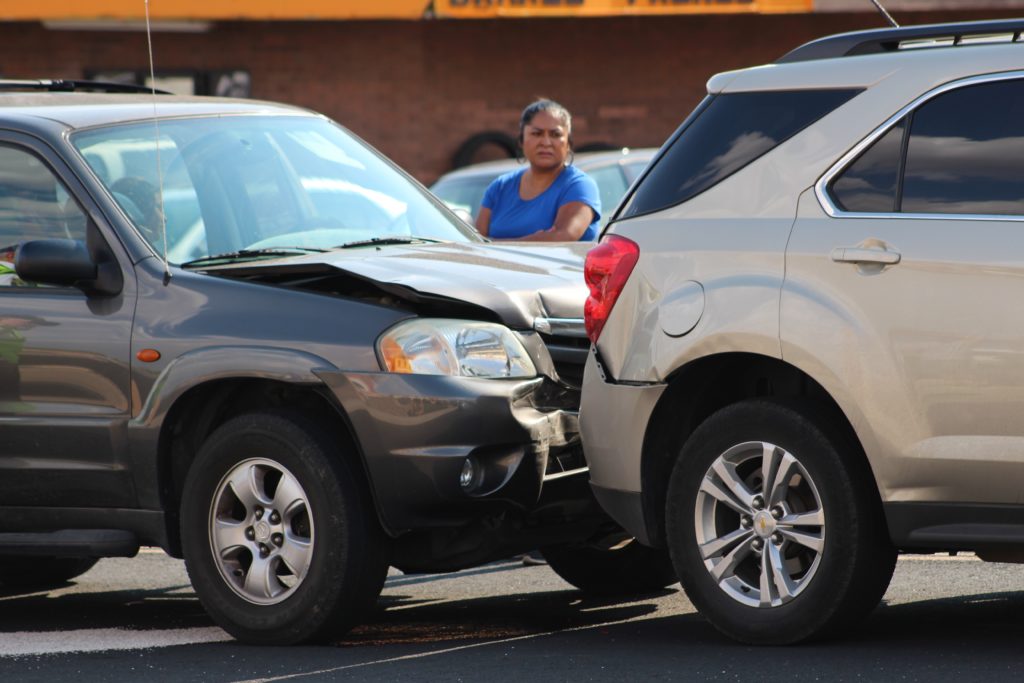 The Mazda was struck from behind and pushed into the silver Equinox in one of two crashes that occurred seconds apart on Bluff Street Thursday, St. George, Utah, Aug. 25, 2016 | Photo by Cody Blowers, St. George News 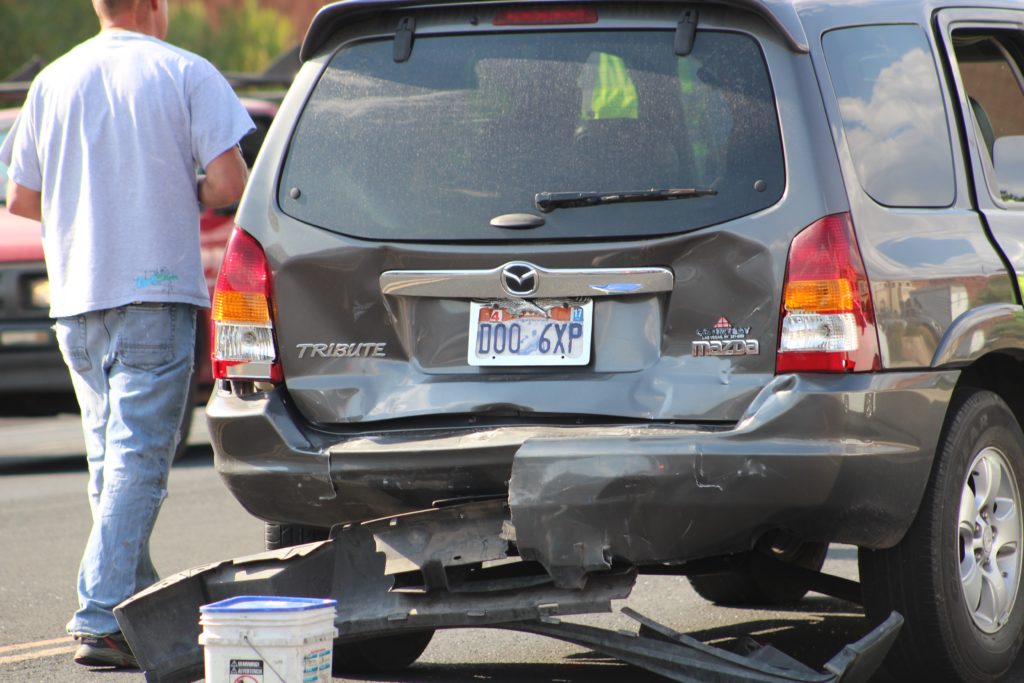 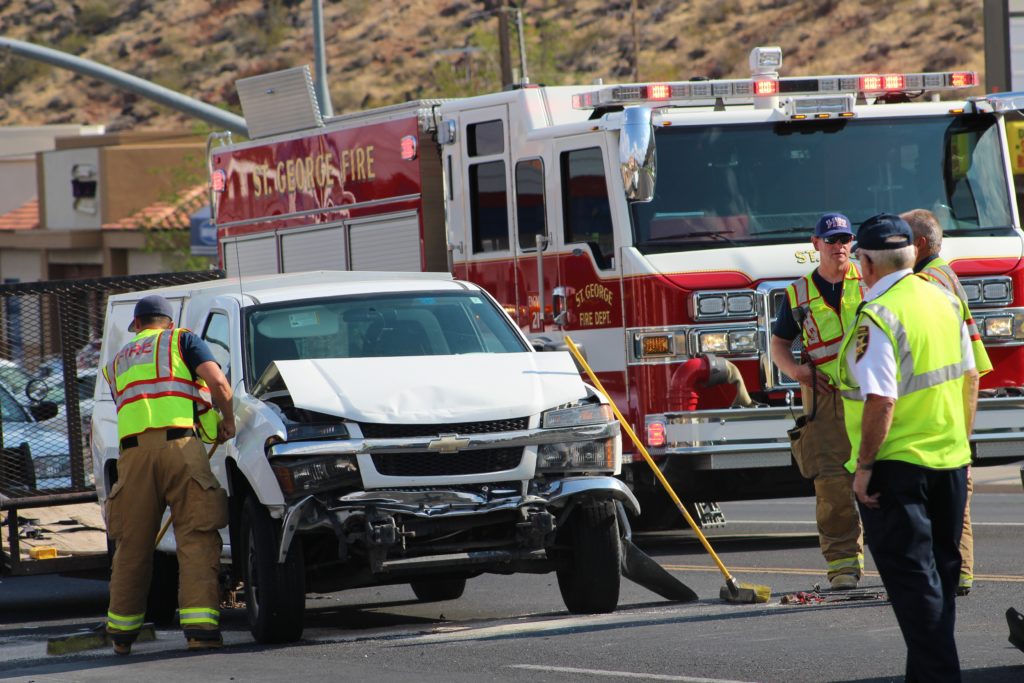 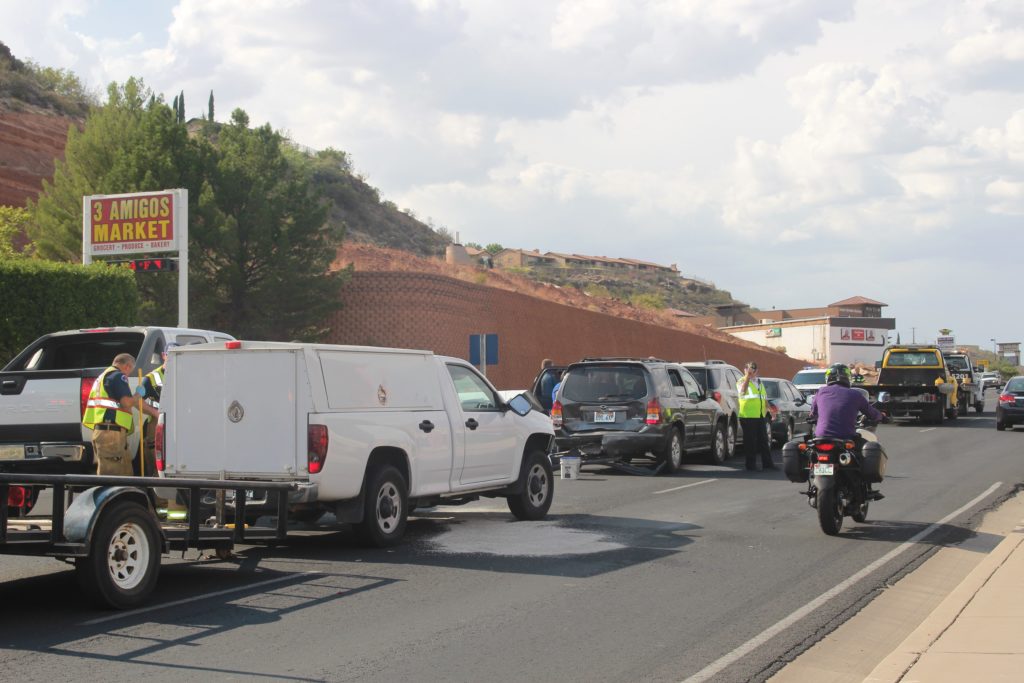 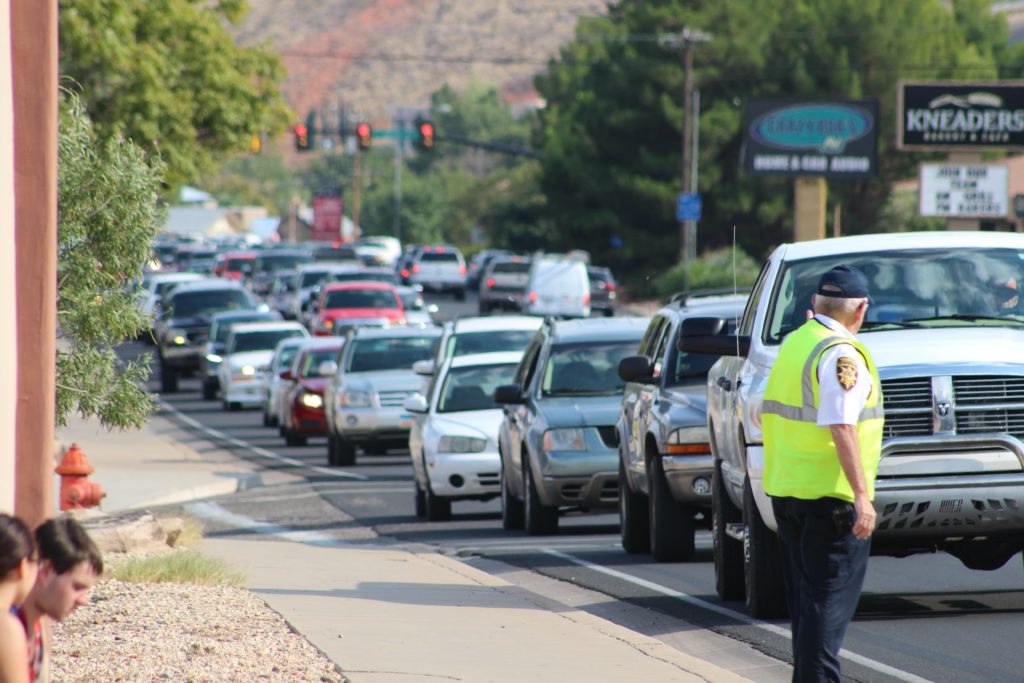 Traffic is backed up as far as the eye can see in the aftermath of two collisions that happened seconds apart on Bluff Street Thursday, St. George, Utah, Aug. 25, 2016 | Photo by Cody Blowers, St. George News

Relationship Connection: I’m tired of caring for my stepdaughter when her father should be doing it