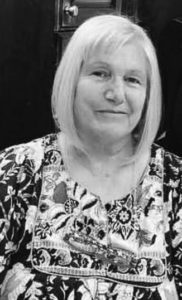 Kathryn W. Rasmussen passed away peacefully at home surrounded by her family on Aug 9, 2016. She had struggled with cancer and kidney failure multiple times and finally was taken due to complications that arose because of her failing kidney.

Kathryn, Kate to friends and family, was born in San Francisco on Feb. 3, 1949, to Fred and Lourie “Lauri” Wood. She had two brothers, Mark and Hal. She attended high school in San Francisco and then moved to Utah in 1969 to attend BYU as a music major. In Utah she fell in love and married Kenneth Rasmussen in 1970 and together they had two boys, Kelly J. Rasmussen and Levi S. Rasmussen.

Those who knew Kate knew that nothing was average about her. She was an amazing and generous person who insisted that the world meet her on her terms. She was never one to conform to what some might expect, nor would she ever accept that something was out of her reach to accomplish. The lives of her sons, their families and her friends were constantly enriched, complicated, and entertained by her constant desire to not stand still. She was someone who would simply not take no for an answer.

Kate adored animals, and this love formed the basis for many of her hobbies, charitable activities, and even employment at times. You could often find Kate on the side of a road in St. George, under a pop-up tent petitioning for stronger animal rights or better care. “Aunt Kate” would also arrive at homes throughout Southern Utah to pet-sit while owners were away. She knew each and every pet by name, temperament and favorite food. 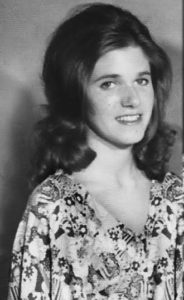 Near the end, Kate was able to spend time with family, strengthen bonds, build new memories and let folks know that she was still in charge of this “thing.” In her death, as in life, she set her own rules, and passed with a calm and grace that was remarkable.

Kate is survived and missed by the following: Kelly and Heather Rasmussen and their daughter Alexandria Rasmussen. Levi Rasmussen and his son Leon Rasmussen. Her brothers Mark and Hal Wood. Innumerable friends, acquaintances and pets.

By her wishes, she was cremated and will be permanently laid to rest in the city she always wished to return to, San Francisco.

Arrangements have been entrusted to the care of Utah Valley Mortuary.