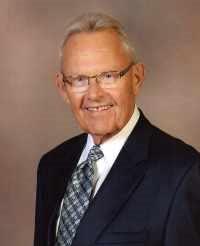 After leading the life of a perpetual bachelor, Jay met the love of his life, Andrea Jacqueline Dawson, and they were married in the Washington, D. C. Temple on February 7, 1976. They were happily married for 40 years and raised three children together:  Jayson, Kimberly, and Steven. Their son, Steven, passed away in 2005.

After college Jay worked for Fireman’s Fund Insurance Company, where he began in sales, traveling the western regions, claiming he did more business with agents on the ski slope than in the office.   He became Regional Vice President of Fireman’s Fund and retired in 1999.   During those years with the company, the family lived in Arizona, Colorado, California, and Utah.

Jay had a lifelong love of music and held many church musical callings throughout his life.  He was exceptionally talented at the organ and piano along with leading the ward choir. He was an active member of The Church of Jesus Christ of Latter-day Saints.

Along with music, he also loved being outdoors.  In the summer you could find him driving the boat on the lake, towing his kids and all of their friends on the wakeboard. He was also an exceptional snow skier and taught all his children from a young age how to ski.

Jay was most especially known for his outgoing personality and incredible sense of humor.  He was the life of the party and could walk into a room and make friends with everyone he met.  He loved telling humorous stories, pulling pranks and enjoying life.

He is preceded in death by his mother and father, two infant brothers, Ralph and Lynn Edwards, and his beloved son, Steven Delos Edwards, who was waiting on the other side to welcome him when he passed.

With gratitude his family acknowledges the wonderful staff at Dixie Regional Hospital and the many doctors who rendered him such loving attention through the years.