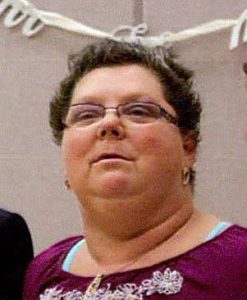 Laurie Ann Houser was born May 7, 1965, in Aberdeen, South Dakota, to Delwin C. Stabnow and Mary Carnicle. The family moved to Murray, Utah, where Laurie attended high school at Murray High before she dropped out, but she later completed her GED. The family moved again to Castlerock, Colorado, where she met Dennis Houser. She then moved to Denver, where they were married. Her son, Aaron James Houser, was born on Nov. 13, 1986.

Laurie worked as an usher in the Colorado Rockies from 1997-1999. She also worked as a cashier for several different companies from the time she was 18 until 2003 or 2004. Dennis Robert Houser passed away June 9, 2001, leaving Laurie a widow with their son, Aaron. They moved back to Utah in 2010.

She is survived by her son, Aaron James Houser (Jessica), and brothers Delwin Lawrence Stabnow and David Stabnow (Liz).

The family would like to thank Encompass (especially Dana Slater), Cedar City Hospital, IHC and Dixie Regional Medical Center (especially Dr. Ferguson and Dr. Saifee) and all their staff.

Donations can be made to U.S. Bank and to a GoFundMe account set up in her name (Laurie flew to heaven).