ST. GEORGE — Every year, several local youth participate in a citizenship program that starts with spring training and ultimately takes them to a 10-day “summer camp” experience at Camp Pendleton, California. On Saturday, four of the seven participants in this year’s “Devil Pups” youth program and their families attended the monthly general meeting of the Utah Dixie Detachment 1270 Marine Corps League, who are the supporters and supervisors of the program.

The meeting started with a hearty breakfast at the St. George Dixie Elks Lodge 1743 for the participants and family, and from there, all adjourned to the general meeting where the youth were acknowledged and asked to give a report of their experiences participating in the program.

Preparation for Camp Pendleton starts in the spring with early morning and Saturday workouts supervised by volunteers from the Utah Dixie Detachment. Bill Fortune, public information officer for the detachment, said this preparation narrows the field from the start of the program to those who end up attending the camp.

“They start with about 15 to 20 kids,” Fortune said. “By the time they get through running all their exercises and get physically ready to go down to Pendleton, there are usually about eight or nine of them.”

Tate, the only girl from Southern Utah to attend the camp, told St. George News she joined the Devil Pups program at the prompting of a friend she made in the Dixie High School Air Force junior ROTC program.

“She had been the only girl to go through the Devil Pups program last year,” Tate said. “She told me, ‘I want you to be the girl I recruit into the program, because not very many girls get to go.’ … As soon as I heard about it, I thought I had to do this.”

The rigor of the program was what interested Tate the most at the beginning.

“I couldn’t resist,” Tate said. “It’s ten days to train with Marines at a camp that is so hard to get into.”

However, previous to the program, Tate was no stranger to hard work, being the only girl on the junior ROTC armed drill team.

“I spin the 8 1/2 pound rifle,” Tate said, “and we go to national competitions yearly.”

Following their training, the Devil Pups “ship out” to Camp Pendleton, leaving at about 2 a.m. and driving all night to arrive at Camp Pendleton between 8:30 and 9:00 a.m. That’s when the drill instructor-type shouting begins, led by active duty Marine volunteers. Participants are quickly organized and prepared for their stay.

These young people sacrifice a lot to do this program, Fortune said. They exercise hard and give up many privileges, such as cell phones, for their stay to acquire this experience at the most challenging of camps in the country.

Once at the camp, participants compete with youth from other areas of the country.

“From what I understand, our kids always come out pretty much on top,” Fortune said. “They’re well-trained before they get there.”

On the 10th day, those who have made it through get to climb “Old Smokey,” where a special ceremony takes place and they are awarded the challenge coin, an experience that was especially poignant for one of the younger Pups, Braxston Summers.

“It’s a big ol’ hill, and it’s tough to make it up,” Fortune said. “And out of the events, he liked that the best … It’s kind of emotional, because they made it.”

For Tate, one of the most enjoyable experiences of the camp had to do with a change in her perception. She said:

The most enjoyable was the fact that we had different girls and boys from all over the West Coast trying to come through this camp. In the beginning, you’re thinking it’s just an individual challenge, like this is just for you, but you get on the third day, and you realize you’re not going to make it through this camp by yourself. And you grow into a family … I am proud to say that I have 306 brothers and sisters through this program.

The character that is built from these experiences propels them into future achievements in their schooling and especially the Air Force junior ROTC program. Two previous Devil Pups from years past, Cole Cutner and Jack Wright, were recently recognized for being selected to attend a junior ROTC special leadership camp in Oklahoma this summer.

The program motivates students for the future, Fortune said.

When they complete that, they feel like they’ve accomplished something. It tests them on their own personal discipline. It helps point them in the right direction. They make their choices from there. This isn’t a recruitment tool for the Marine Corps. It’s just a program using some of the techniques to motivate the kids.

“I came out with a whole different outlook on the world,” she said. 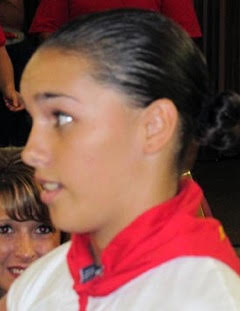 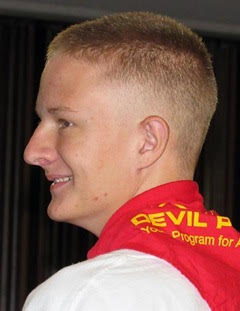 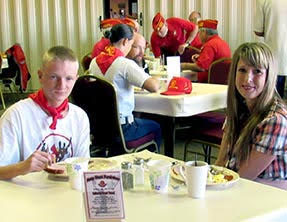 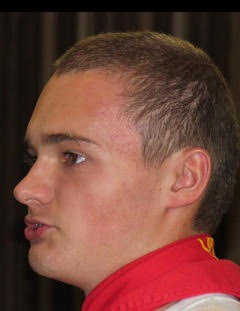 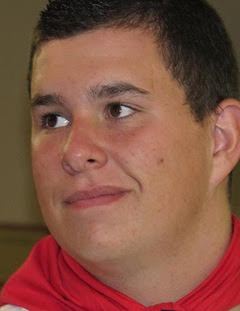