Officers responding to a report of a rollover near Exit 13 on the northbound side found the semi partially off the roadway and resting on its side, with the driver’s side of the truck facing upward, Utah Highway Patrol Sgt. Jake Hicks said.

All of the occupants were outside of the truck when emergency personnel arrived. The driver told officers he was unable to keep the truck on the roadway because of an equipment issue with the steering, Hicks said.

Emergency personnel tended to the semi’s occupants, who sustained minor injuries in the crash but declined transport to the hospital.

Meanwhile, a work crew and forklift arrived and unloaded the contents of the trailer. Soon after a commercial wrecker moved into position and attached cabling to the semi and pulled it off the roadway.

The trailer must be empty at the time it’s lifted, otherwise the trailer could split open or the cab could be ripped away from the trailer.

Cooper’s findings showed that all equipment appeared to be in good working order prior to the crash, including the steering mechanism, Hicks said. Any damage the inspector found was caused by the crash, as opposed to being the cause.

The cause of the crash was driver fatigue, according to Cooper’s investigation.

Six hours after the incident was reported the damaged semi and its contents were towed, the roadway was clear of debris, and the produce was donated to the local Utah Food Bank.

According to Hicks, two good things came out of the crash.

“First, all four occupants were wearing their seat belts, so they sustained only minor injuries,” he said, “and second – the Utah Food Bank received an unexpected donation.” 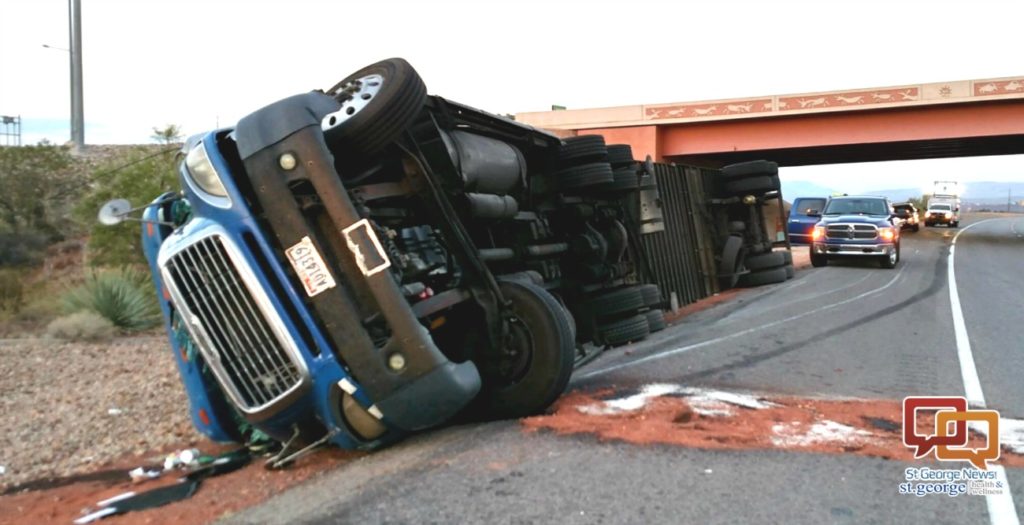 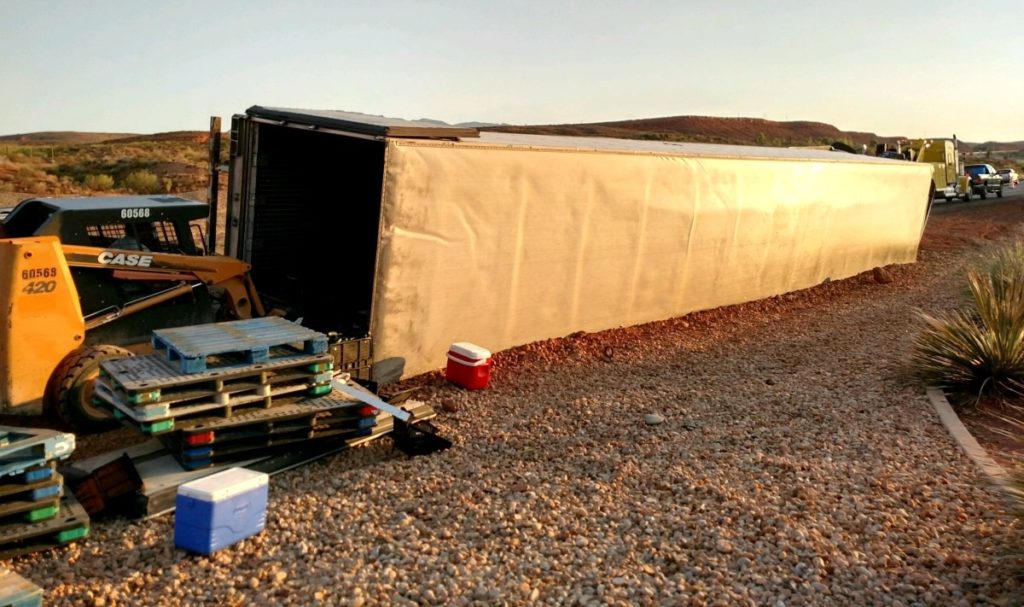 A damaged semitractor-trailer was unloaded before it could be pulled to an upright position, Interstate 15, Washington, Utah, Aug. 18, 2016 | Photo courtesy of Todd Abbott, St. George News

Wind whips 3rd trailer of FedEx semi-tractor on its side; NB I-15 in Gorge closes for hours