HURRICANE — A driver’s attempt to avoid something running across the roadway ended in a rollover just off State Street late Wednesday. Minor injuries were reported.

Just after 10:30 p.m. officers were dispatched to state Route 318/5300 West just north of State Street in Hurricane to a reported rollover. When emergency personnel arrived, they found a 1997 Honda Civic upside-down in a ditch.

The 35-year-old female told officers she was southbound on SR 318 when the accident happened. A few hundreds yards before State Street, she saw something run across the road, Buell said, and she swerved to avoid whatever it was in the roadway.

Then the woman overcorrected after swerving, which sent the vehicle careening off the roadway and into the ditch where it rolled and crashed upside down. The driver was able to exit the vehicle and call 911.

The woman reported to emergency personnel that she had minor injuries, police said, but declined to be transported to the hospital.

“Luckily the woman was wearing her seat belt,” Buell said, “or she could have been seriously injured in the crash, particularly in a rollover.”

The vehicle suffered extensive damage and was subsequently towed from the scene. The driver was cited for unsafe lane travel. 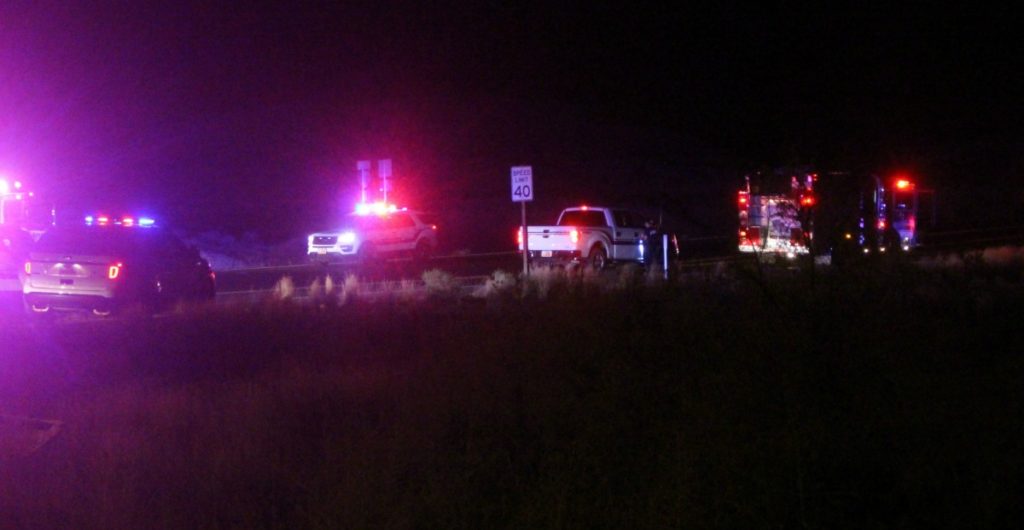 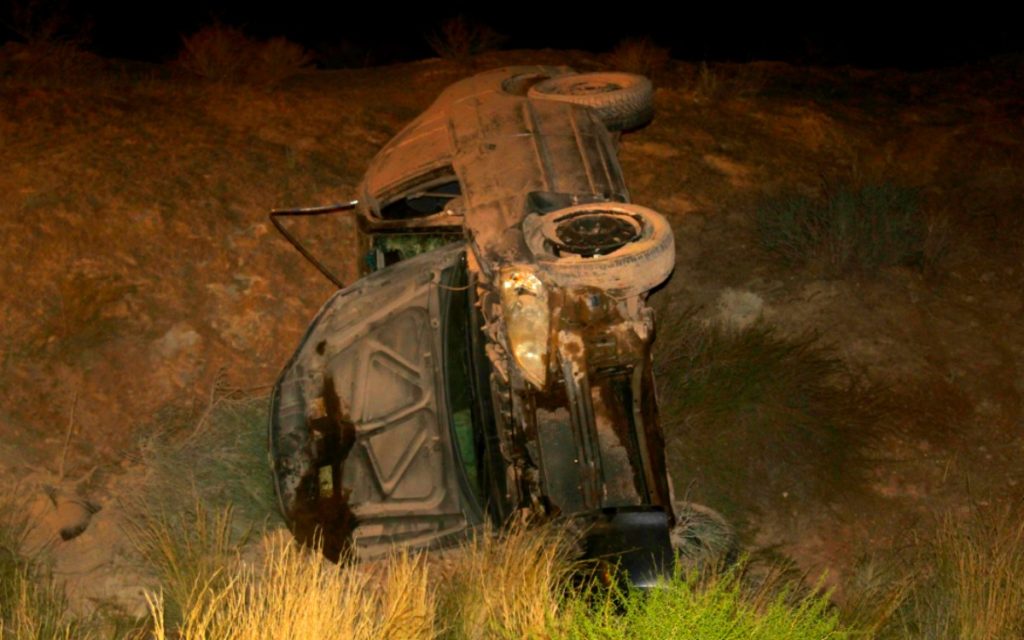 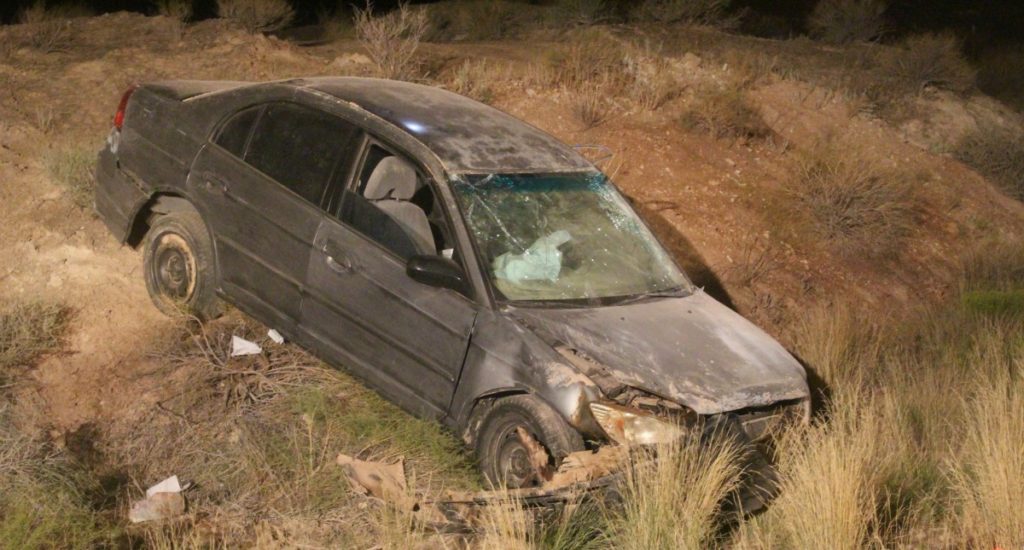 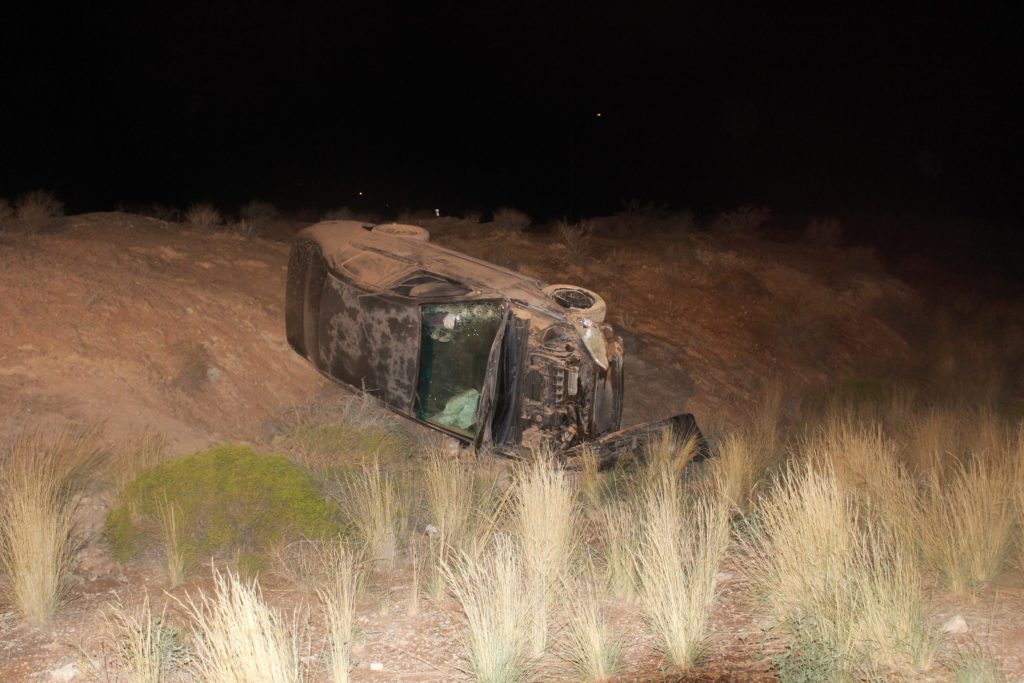 Dirt bike crashes onto rider after getting snagged in sand