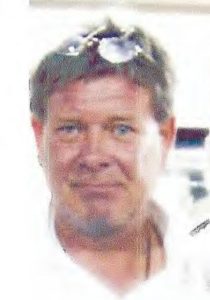 Cameron L. Sexton left this earth peacefully holding the hands of his brother and sister-in-law on August 12, 2016. Cameron was born to Royal Donraven Sexton and Marilyn Arta McDowell on March 7, 1956, in Van Nuys, California. He grew up for part of his life in Cedar City and graduated in Salt Lake City, Utah.

Cameron’s greatest joys were when he was a tow truck driver in Las Vegas, Nevada. Cameron had many joys including working in the battery factory and working as a mechanic. He met many people including some celebrities who all loved and adored him.

Cameron’s pastimes were working on computers, talking on the phone for many hours with family members, and helping others that were in need.

He is preceded in death by his mother Marilyn McDowell William Orton, his brother Paul W. Sexton, step-brother Tyler Orton and by his grandparents.

We would like to thank the hospice team for everything that they did to help Cameron and especially Bob, Hailey, Craig and Penny. Thank you very much.