After scoring 41 runs in the first two games of pool play at the Little League Softball World Series, Snow Canyon managed just one run and four hits against the team representing Central USA and took a 3-1 loss. It is the first loss of pool play for the Utah team.

“We never really did figure their pitcher out,” said Snow Canyon coach Markay Thorkelson. “It wasn’t her speed or anything like that. She wasn’t really doing anything we haven’t seen before, we just never got it going.”

The one run was almost enough for Snow Canyon, which scored in the bottom of the third on an RBI double by Sydney McCaul that plated Ginny Deming. That lead stood up until the top of the sixth. It was a couple of uncharacteristic mistakes by Snow Canyon that opened the door for the team from Grandville, Mich., to take the lead.

The rally started with a leadoff walk issued by Jenna Thorkelson. It was her only walk of the game.

After a strikeout, Central’s Kylee Dillard bunted to try and move the runner over. But the throw on the bunt was over the first baseman’s head and went into right field, putting runners at the corners with just one out. The next batter, Ellen Derrer, singled to left field to tie the game at 1-1.

Jamie Vander Meer, who had been very good pitching for the Michigan team, then stepped up to the plate and tagged a hard single to left that scored both runners and made it 3-1.

“We really hurt ourselves with those two mistakes (the walk and the error),” Markay Thorkelson said. “It was Jenna’s only walk and it was our only error, but they were very costly.”

Vander Meer retired Snow Canyon in order in the bottom of the sixth to record the win.

Ginny Deming had two hits for Snow Canyon, with McCaul and Kambrie Stuart the only other Utah players to record a hit. Jenna Thorkelson was able to throw a runner out at the plate in the fifth to temporarily preserve the lead.

Markay Thorkelson said the left side of both infields played well in the game and specifically praised Jael Wilde at shortstop and Michigan’s Derrer at third base for their outstanding play. Vander Meer pitched well, striking out six and issuing no walks and the Michigan team committed no errors, with Jenna Thorkelson allowing just five hits and that one walk with three strikeouts.

With the victory, Central will take the No. 2 seed into tournament play Monday. There is one more day of pool play, but Snow Canyon will take a forfeit rather than play on Sunday as most of the team is LDS and voted to not play on the Sabbath before the tournament began.

Snow Canyon will go in as the No. 3 seed from Pool B Monday and will play in the 10 a.m. (PST) game against the winner of Sunday’s Oregon-New Jersey contest.

The team from Greater Helotes, Tex., will most likely be the No. 1 seed from Pool A as that team, representing the Southwest, is 3-0 and will be heavily favored in its final pool play game. The Southeast team, from Salisbury, N.C., is 3-0 in Pool B and will be 4-0 as it is the beneficiary of the Sunday Snow Canyon forfeit.

For results and standings, go here. 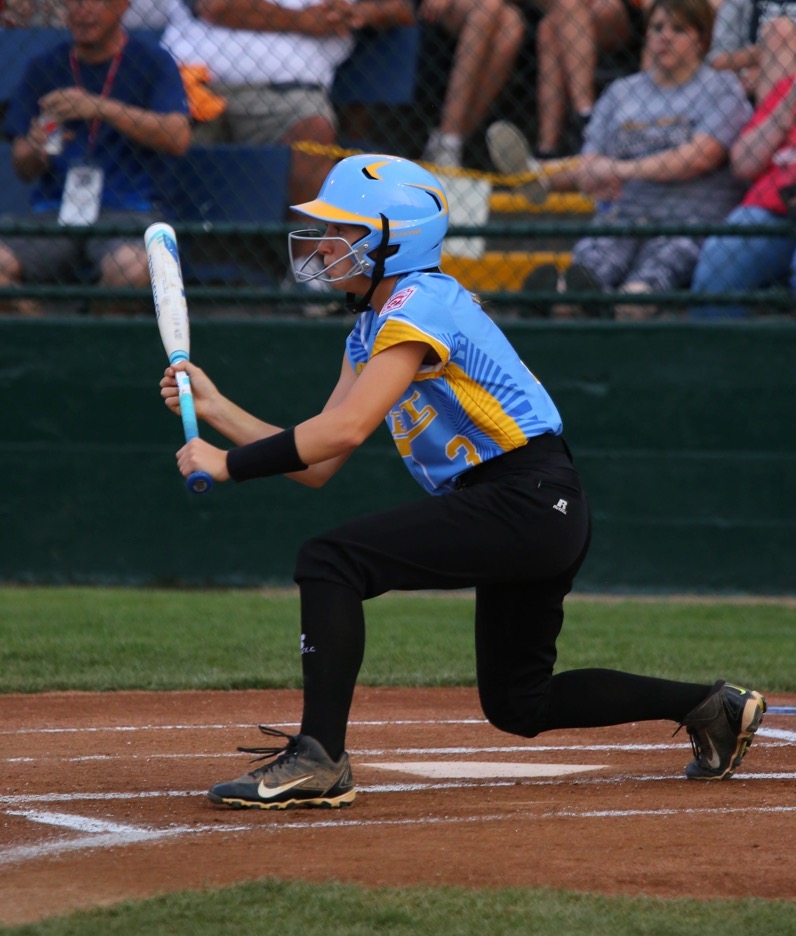 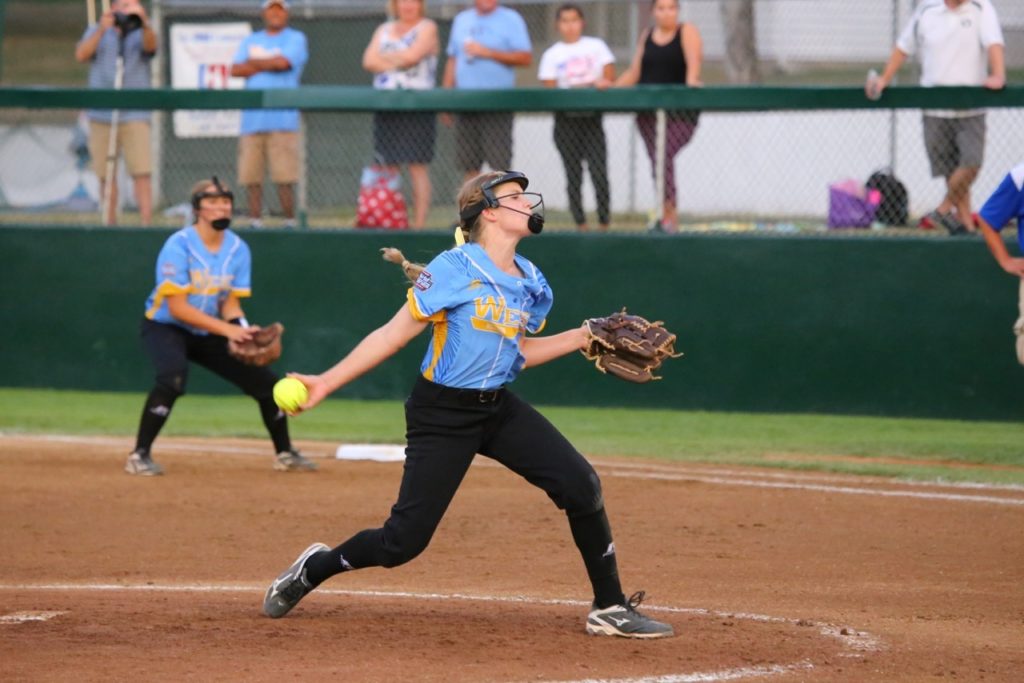 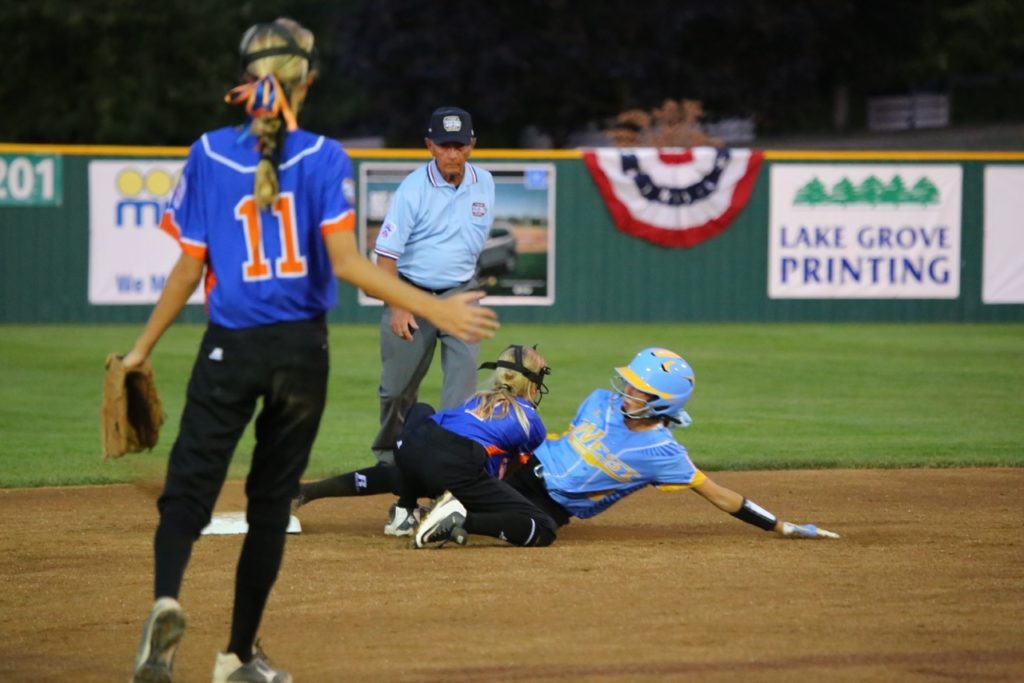 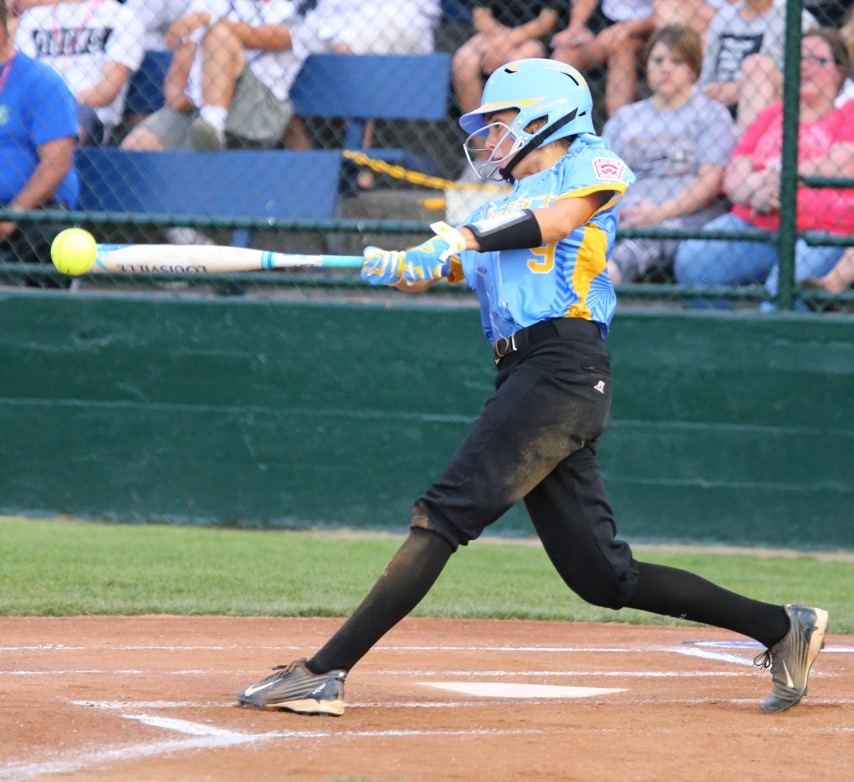