PORTLAND — If Snow Canyon coach Markay Thorkelson was worried about her team being nervous in the Little League Softball World Series, she needn’t have been. These girls came to play. 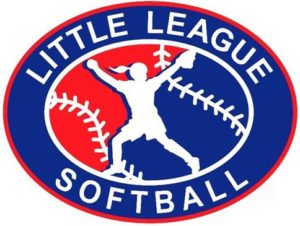 Representing the state of Utah and the USA’s West Region, Snow Canyon trounced the Asia Pacific representative from the Philippines 22-1 in the first game of the LL softball World Series Wednesday afternoon in Portland.

“I was nervous being that it was the Little League World Series,” Thorkelson said. “I was afraid they would be a little shell-shocked. But in that first inning, they just stepped in the box and started going at it.”

The Snow Canyon squad scored at least two runs in each of the game’s mercy-rule shortened four innings, including jumping to a 7-0 lead in the top of the first before the team from Makati City, Philippines, had even had a chance to bat.

“It doesn’t seem to matter where we are or who we’re playing, they just come in and do the job at the plate,” Thorkelson said. “We’ve done a lot of hitting this summer. I could tell in the spring that they were having a lot of fun hitting against each other. And then when we were all on one team and went to Cedar (for the state tournament), they were just awesome.”

The game started with the first four Snow Canyon batters reaching base. Sydney McCaul and Kendra Wilde singled and Tyler Mooring loaded the bases with a walk. Addison Lacayo then made it 1-0 with an RBI walk to score McCaul. Kambrie Stuart, who had four RBIs in the game, followed with a sacrifice fly to make it 2-0 and then Jenna Thorkelson hit a hard grounder in the hole on the left side for an RBI to make it 3-0.

But Snow Canyon was just getting started. Anyssa Montano singled home another run to make it 4-0. McKenna Staheli walked and then Virginia Deming made it 5-0 with an RBI double. McCaul then got her second hit of the inning, bringing home Staheli and Deming and making it 7-0.

“That was a big boost for Jenna (Thorkelson) to go out and pitch and already have a big lead,” Markay Thorkelson said. “It actually really helped to settle everyone down.”

Jenna Thorkelson gave up one hit in the bottom of the first, but then Snow Canyon added five more runs in the top of second to put up a 12-0 lead. Thorkelson, Landis, McCaul, Wilde and Mooring all had RBIs in the inning.

Asya Tuprio had an RBI single for the Philippines in the bottom of the second to make it 12-1, but the Utah team then scored eight more in the third to push the advantage to 20-1. Stuart had a two-run triple to deep right field in that rally.

“Kambrie Stuart has been amazing behind the plate for us — she’s a wall back there,” Thorkelson said. “Plus she had that sweet triple that kind of put things away for us.”

The softball World Series is divided into two pools, with the top four teams in each pool playing an eight-team single-elimination tournament. Snow Canyon is in Pool B with Asia Pacific, Canada, Central USA and last year’s champion, Rowan Little League from Salisbury, NC, representing the Southeast.

Utah plays Canada Thursday with an off day on Friday, followed by a Saturday night game (7:30 p.m.) against Central and a Sunday afternoon game (4 p.m.) against North Carolina.

The eight-team championship tournament begins Monday with match-ups based on seeding from pool play results. The semifinals are Tuesday and the softball World Series championship is Wednesday, Aug. 17, at 6 p.m. Both the semifinals and the championship will be telecast on ESPN2.