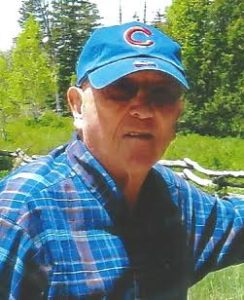 Claron Wood Bradshaw ended his journey here on this earth July 31. His journey began Oct. 20, 1927, in Cedar City, Utah, with Sherwin and Maree Wood Bradshaw. Claron was the oldest of five children and spent his days filled with joy in the small town of Cedar City.

Claron attended school and graduated from BAC, now Southern Utah University, majoring in accounting. Soon after graduation, Claron met Verlynn Wallace, and they were later married on Dec. 26, 1950. Together they had three beautiful children: Mont, Jeff and Lyn Bradshaw-Ryan.

Claron, having started work at the age of 13 in the automobile industry, decided to continue this career path, moving to St. George and buying the Ford franchise. During Claron’s 35 years of doing business in St. George, he sold cars all over the Southwest and loved a good ‘haggling’ session. Claron was such a good car dealer that he was featured as salesman of the year on the cover of Time Magazine, but more importantly, Claron used his success to help others and to enhance his community.

Claron spent many days on Kolob hunting and fishing. He loved the outdoors and the serenity it brought him. Claron shared the love of the outdoors with many around him and opened his cabin on Kolob to many. Claron had many successes in his life, but he will tell you the best decision he ever made was that of being a member of Alcoholics Anonymous. He had a goal of ‘graduating from the program’ and did so with 55 years of continuous sobriety.

Claron experienced many obstacles in his life’s journey, one of which was the loss of his beloved wife, Verlynn, in February 1986. After this event, he met Claudia Van Buskirk, and on Aug. 5, 1986, they were married, which brought four more children into his world. Together Claron and Claudia had many adventures and continued to trudge the road of happy destinies. A majority of these adventures were to contribute to their communities and raise awareness of social justice, continued higher education and empower those who were finding their own voice. Claudia stayed tirelessly by his side until his last breath, dedicated to keeping him in the home to be surrounded by love.

Claron was preceded in death by his parents, Sherwin Bradshaw and Maree Wood-Bradshaw, and a wonderful stepmother, Ruby Bunderson; his sisters LuRae Garn and Mauran Webster; brother Paul Bradshaw; and sons Jeff Bradshaw and Damon Van Buskirk. Claron is survived by his loving wife of 30 years, Claudia Bradshaw; daughters Lyn Bradshaw-Ryan, Taunya Van Buskirk-Bronson, Alicia DeMille and LaOr Bradshaw; sons Mont Bradshaw and Braden Van Buskirk; among this great lineage is 23 grandchildren and 20 great grandchildren and 3 on the way; and a brother, Jerald Bradshaw.

There are numerous people who have extended love, support, compassion and fudge nickels to the Bradshaw Family, too many to name; however, our deep appreciation is extended to you. Additionally, the care from Zion’s Way Hospice for their support at this time, noting Michelle Smith, for her compassion and humor.

In lieu of flowers, the family requests donations be made in Claron’s name to the Doctor’s Volunteer Clinic in St. George, Utah.