SAN BERNARDINO, Calif. — Offensively, it had not been the best tournament for Snow Canyon Little League’s Kambrie Stuart. 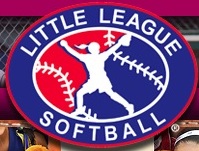 “I knew that we needed a hit, and we to get some runs in so I believed in myself that I could do it,” Stuart said.

Stuart stepped to the plate in the fourth inning of a scoreless game and smacked a sinking line drive for an RBI double to propel Snow Canyon LL to a 3-1 victory over Missoula, Montana’s Garden City LL in the semifinals on Thursday morning.

Utah’s 11- and 12-year-old champions move on to play either Hawaii or Arizona in the tournament championship game at 7 p.m. (PST) Friday night.

“We’re going to go at it tomorrow,” Snow Canyon LL manager Markay Thorkelson said. “We’d love to play a morning game again and just wake up and go. That’s how we like things.”

“It’s been fun. A great ride so far,” Thorkelson said.

Stuart drove in Anyssa Montano from second base with the game’s first run, her hard-hit flare just under the glove of Montana’s right fielder.

The ball was gathered quickly by the defense, sent back to the infield and Montano eluded a play at home, only to slide past the plate. She quickly crawled to a 1-0 lead before Montana’s catcher could react.

“Everybody’s just screaming,” Thorkelson said. “We know that the momentum has come up, and we knew we’re it it.”

Tavie Landis drove in another run in the fifth when her ground ball found its way through the right side, scoring Stuart. Sydney McCall, who had two hits for the second consecutive game, scored Utah’s third run on a wild pitch in the sixth.

Snow Canyon’s workhorse, Jenna Thorkelson, pitched five almost perfect innings until the sixth, when Montana got two runners on base and scored one on Thorkelson’s only wild pitch of the game.

“When we’re on the field we just have to get three outs. ‘Three outs!’” Thorkelson said. “I just kept pitching and we got it.”

Thorkelson finished with a one-hitter with one walk. She got a strikeout – her 34th of the tournament – to end the game.

“She’s crazy out there on the mound, and I don’t think they know pressure,” Markay Thorkelson said. “Watching them, I don’t think it flusters them.”