LAYTON — After scraping by with some close, and perhaps lucky, wins at the American Legion state tournament the past few days, the St. George Sentinels decided to not leave anything to chance on elimination Thursday. In a pair of lopsided victories, St. George scored six runs in the first inning of each game and now finds itself in the AL championship game. 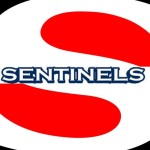 “We challenged them yesterday to come out and pick it up,” said Sentinels coach Shane Johanson. “And they really did. They came out strong today and you can tell everyone wants this.”

In the first game, Brooks Barney had five RBIs and the Sentinels rode that early 6-0 lead to an easy 14-3 five inning mercy rule victory. Alec Flemetakis got the win on the mound and Kash Walker was 2-for-2 with a pair of RBIs.

“Our pitching was good today,” Johanson said. “Of course, it’s a little easier when you start out with a six run lead. Plus, it seemed like the other teams we faced were starting to run out of pitching.”

The second game, also an elimination contest, saw St. George jump out early once again, with Ryke Erickson leading the charge with three hits, including two doubles, and three RBIs. Makai Maclellan was the beneficiary of the early lead and he made it stick with a solid outing on the mound as St. George mercy-ruled Grantsville 12-2. Barney knocked home two more runs and Kory Taigen scored three times and ripped a double.

“We took a huge step forward today,” Johanson said. “Everyone was hitting the ball. It was a good day. Hopefully we have one more gear for tomorrow.”

The Sentinels, now 20-12 on the summer season, will face Cache Valley in the American Legion championship game at 3 p.m. Friday at Layton High School. If St. George can win that one, it will force a winner-take-all if necessary game immediately following the first game.

Johanson said Barney will start the first game, with all hands on deck for the second contest.

The Sentinels finished second in state in 2014 and third last season.

American Legion: Sentinels settle for third at state with late-night loss to Layton