ST. GEORGE — Two older people were injured Sunday when their car was T-boned by a a young man running a red light who later said asthma may be why he didn’t see the light turn red.

Just after 4:30 p.m. Sunday, officers and emergency personnel were dispatched to the intersection of 400 East and 100 South in St. George where a two-car collision was reported, St. George Police Officer Lona Trombley said.

Upon arrival, officers found two damaged vehicles near the intersection. Upon checking with the occupants of both vehicles, an older couple in a Chevrolet four-door told emergency personnel they were injured, Trombley said.

Officers investigating the collision found that a 20-year-old man driving a white Subaru was traveling south on 400 East; as he approached the intersection, he told officers, he didn’t realize the light turned red and may have had asthma-related issues at the time.

The woman in the Chevrolet had a green light and started through the intersection just as the driver of the Subaru ran his red light striking her vehicle on the passenger side, sending both vehicles spinning in the roadway.

The 71-year-old woman driving the Chevrolet reported pain in her knee and hips, the officer said, while her 76-year-old passenger reported he was in pain as well.

Both were taken by a family member to Dixie Regional Medical Center in St. George to be evaluated and treated for any injures resulting from the crash.

Both the driver of the Subaru and his female passenger declined transport to the hospital.

The man driving the  Subaru was cited for failing to obey a traffic device, Trombley said.

All  occupants were wearing seat belts at the time of the collision. Both vehicles were rendered inoperable from damages and towed from the scene. 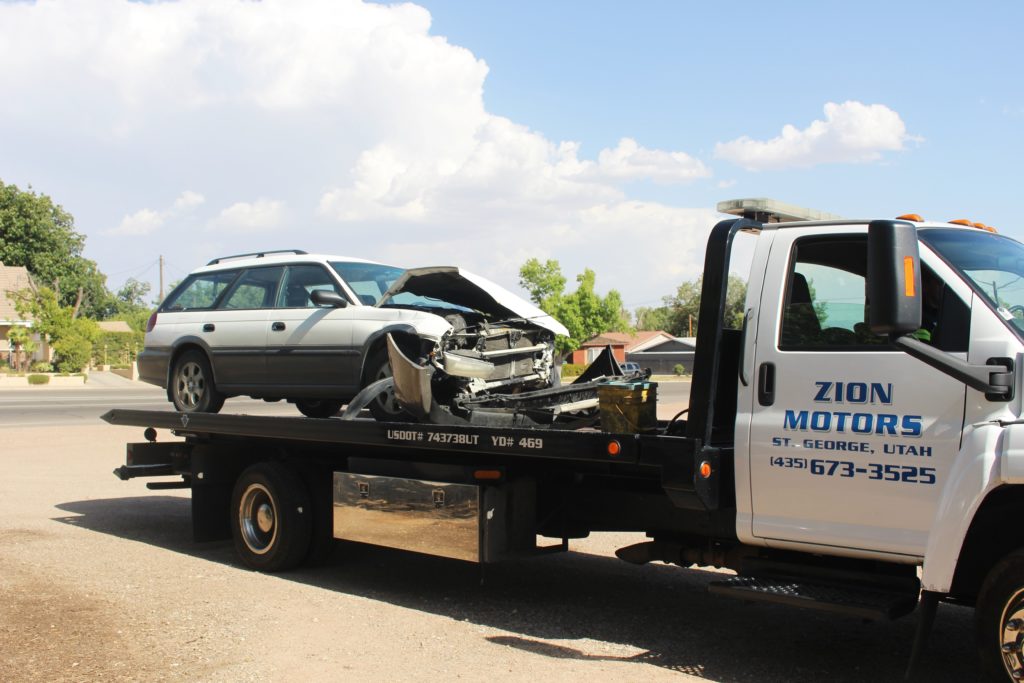 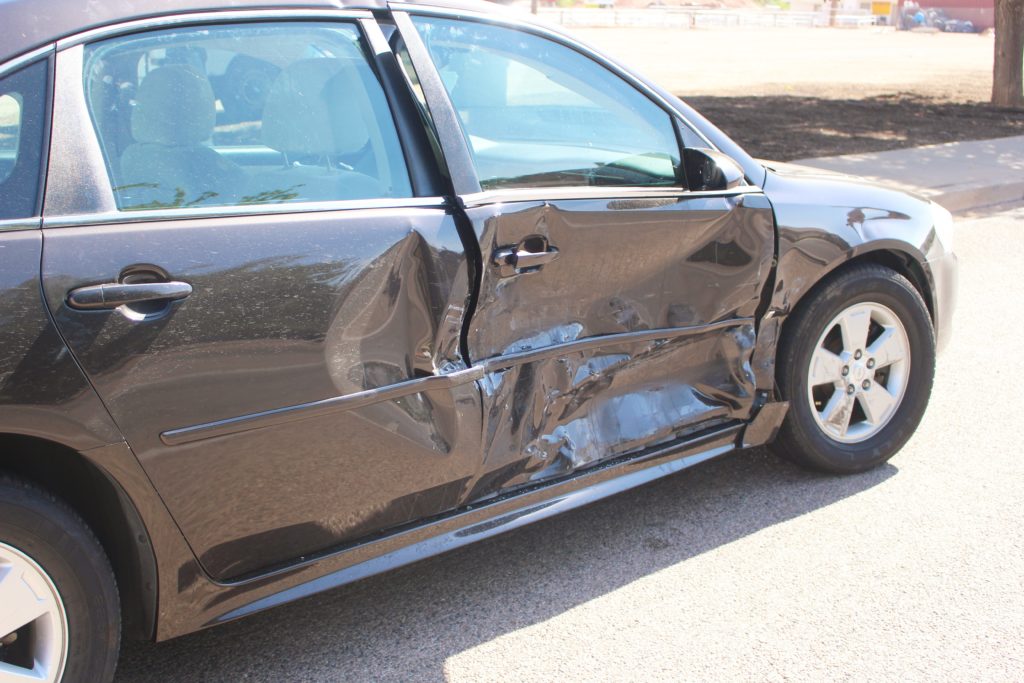 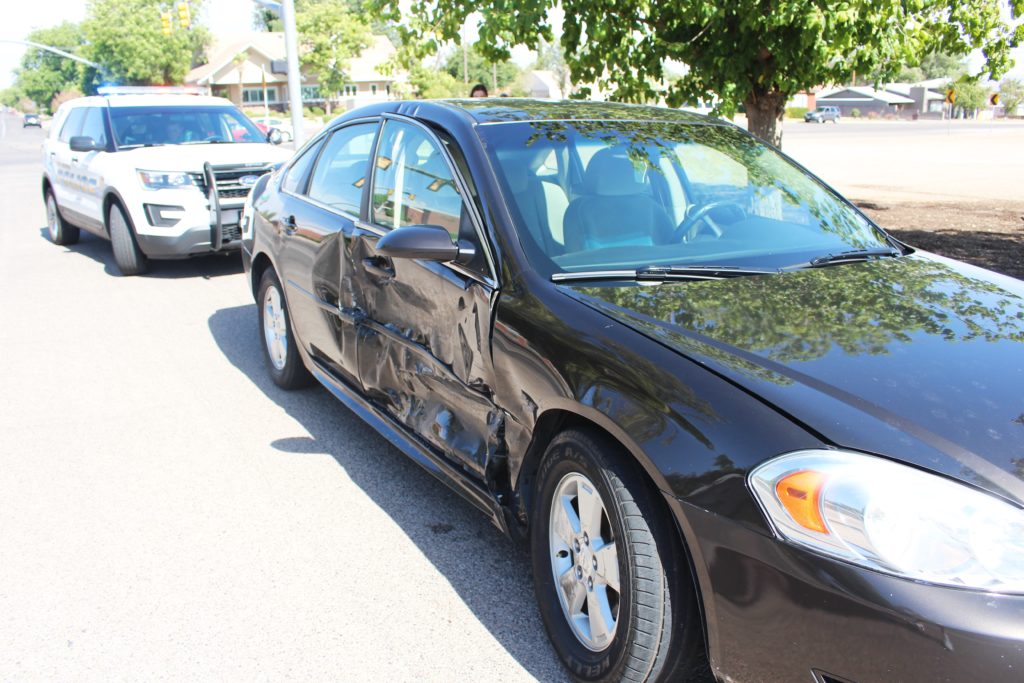 Dump truck slams into SUV with 3 children on board