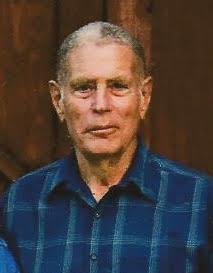 Bill was born to William Stewart Fife Jr. and Lois Smith Fife in Chicago, Cook County, Illinois on April 15, 1937. He was their first son, second child in a family of nine children; two sisters (Dorothy Elayne and Miriam) and one brother (Joseph Allen) died as infants. He grew up with: Richard, Keith, Roger, Kathryn, and Bruce Fife. As his father attended medical school, they moved from Salt Lake City, Utah, to Stockton, California, Detroit and Huntington Woods, Michigan, Gridley, California, and Sacramento, California, where Bill graduated from El Camino High.

During high school Bill joined the Air National Guard. He signed up for the Navy serving his country from 1957-1961. In 1958, three Argus explosions were shot into the air from his ship. The story was leaked to “The Providence Journal” on March 19, 1959. Project Argus missiles were one of the best kept U.S. military secrets since World War II. Bill was discharged March 31, 1963, as an Aviation Electronics Technician Third Class. His superior wrote that he was, “A man of excellent moral character and ability, his loyalty and devotion to duty while in the U.S. Navy was important to those who worked with him.”

Bill served in the Southern Australia Mission from 1961-1963. At BYU he met Emma Hafen. They were married Dec. 30 1964, in the Salt Lake Temple, with his grandfather Joseph Fielding Smith officiating. Graduating from BYU in May 1968, they moved to Ivins, Utah. 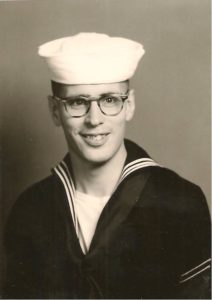 A faithful member of The Church of Jesus Christ of Latter-day Saints, Bill served as a home teacher since the age of 14; released only due to Alzheimer’s disease. Bill was coordinator of the LDS servicemen stationed in Corpus Christi, Texas, during the Navy and Elder’s Quorum Secretary at BYU. He was the first Executive Secretary in the Ivins ward.

Loving father to four daughters and one son, he often helped care for sick children when they were younger; helping patiently when his wife Emma was ill, and giving loving support to his eldest daughter Jennifer when she suffered with leukemia. Bill always said the hardest thing he would have to face was to have one of his children die before him. He was put to the test on the December 25, 1994, when his firstborn Jennifer died. Years later while suffering from Alzheimer’s disease he still remembered and missed his beloved daughter.

Bill taught his children to drive a car, grow a garden, and get wood for winter. He encouraged his children to do their best in life; to be good students, good citizens, and enjoy life. He was pleased that his son achieved his Eagle rank and his daughters achieved their Young Womanhood Recognition Awards. He danced with them on special occasions, even though he didn’t like dancing and felt he had two “left feet.” He loved BYU football games, scouting, camping, hunting, fishing, hiking, telling jokes and stories, teasing and music. He took accordion and Karate lessons when his children were growing up.