ST. GEORGE – There’s a burgeoning members-only social club in the St. George area that gathers monthly throughout most of the year to enjoy preferred wines, arts and more recently to raise funds for local arts. According to its media release this week, the St. George Wine Club has distributed nearly $10,000 in its first fiscal year as a nonprofit organization.

The funds were given to support local arts, performing artists, education programs and underserved members of the community throughout Washington County, club Co-Director Doug Hamilton said in the release, with proceeds from the monthly social gatherings.

The St. George Wine Club was founded in 2011 by Phil Loomis, a retired high-tech executive who relocated from Seattle to Southern Utah with his wife, Kit. Seeking to connect with friends who shared their passion for fine wines, the couple originally invited neighbors to visit their home and sample their favorite vintages.

Within a year, as those friends invited other friends, the original group grew to approximately 50 people meeting monthly at each other’s residences.

Since those early days, the club has followed a similar tradition: Each month members bring a bottle of their preferred wine and an appetizer; and they make a small donation to cover the cost of plates, glasses and other expenses.

In August 2014, Loomis recruited St. George newcomers Doug and Marianne Hamilton – both Silicon Valley transplants – to take over management of the club. Given the growing ranks of retirees from other states who enjoy wine, the membership of the club has since seen rapid growth.

All performances are coordinated by musician and music promoter Gordon Strang.

The Hamiltons, longtime volunteers and supporters of the arts wished to make a contribution to their new community, the club’s news release states, so they transitioned the club into the SGWC Foundation, a 501(c)(3) nonprofit entity.

The foundation is registered with the A.R.T.S. Inc. organization administered by the Roene B. DiFiore Center for Arts and Education, which handles all the club’s financial transactions. The center then distributes what the club’s news release called  “micro-gifts,” each averaging $500, to area charities each month.

“We are delighted that the St. George Wine Club has chosen to direct its proceeds to so many worthy organizations in the community,” Ernie Doose, executive director of the DiFiore Center said. “Local musicians also have benefited from the support of the Wine Club, which hires some of our best artists to perform each month. With the continued growth of the St. George Wine Club, and the generosity of its members, we anticipate that the giving levels will increase over time.”

The Southern Utah Song Writers Association promotes local singer-songwriters and performers in our area via workshops, the Ancestor Square Spring and Fall Concert Series, and Musicfusion, an educational forum in our local schools. Each of these events is largely free to the community and only made possible through grants, sponsorships, member dues and donations.

The St. George Wine Club’s generous contribution to our organization allows us to continue these meaningful programs, with the possibility of augmenting them. Their gift to SUSWA is, in reality, a gift to the community, because that is truly who benefits in the end.

Membership in the St. George Wine Club has always been and continues to be free.

The St. George Wine Club is currently enjoying summer recess and will resume its social calendar in September. For information about membership, visit www.stgeorgewineclub.org, refer to the club’s Facebook page, or send email to [email protected]. 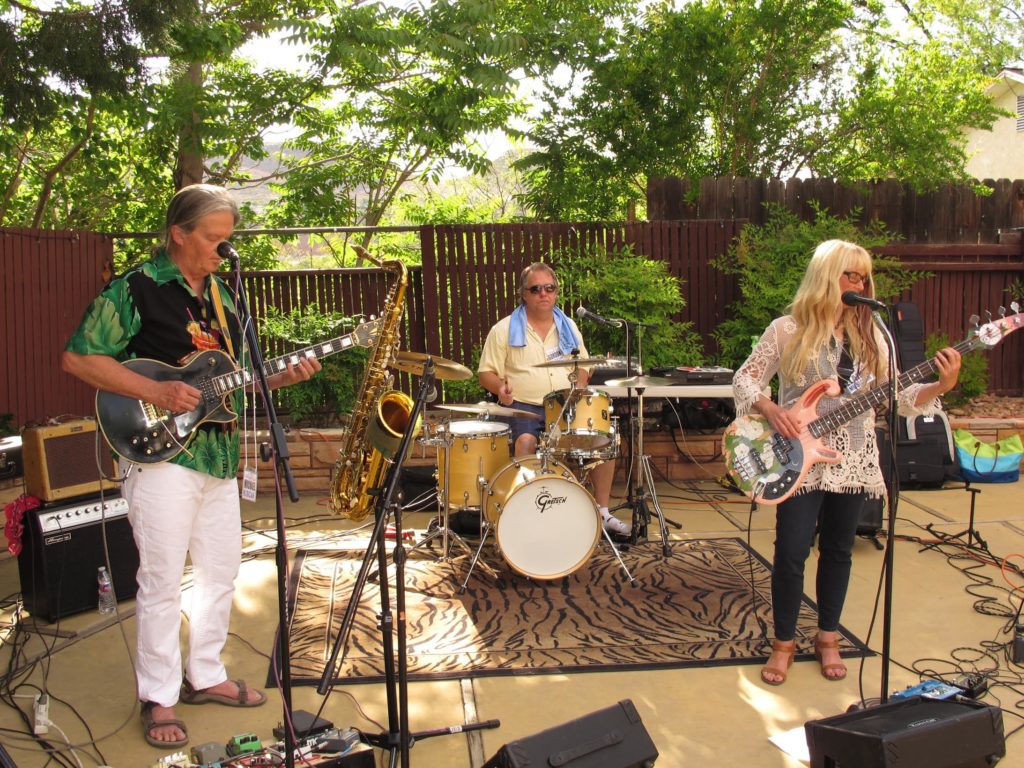 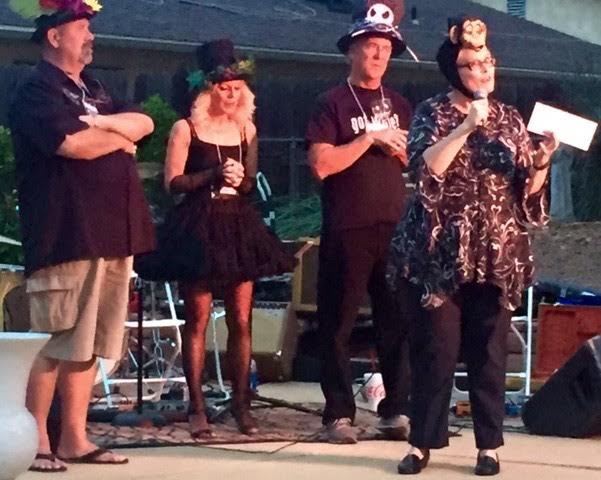 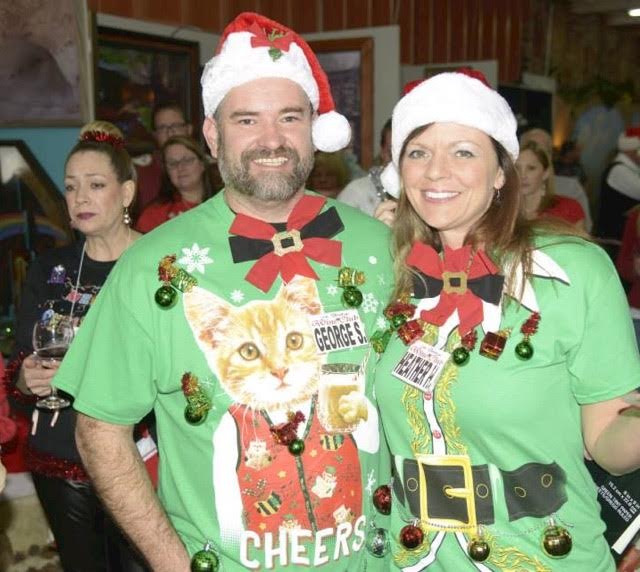 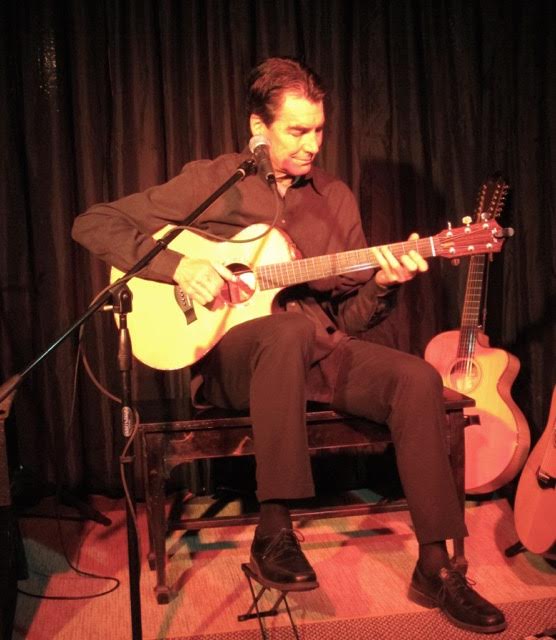 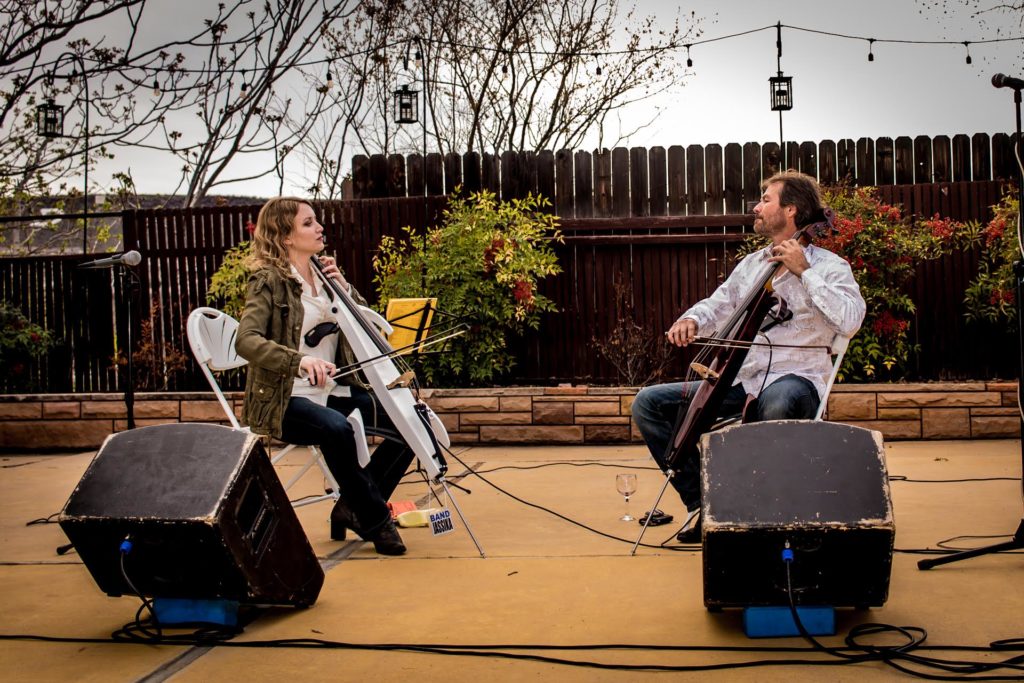 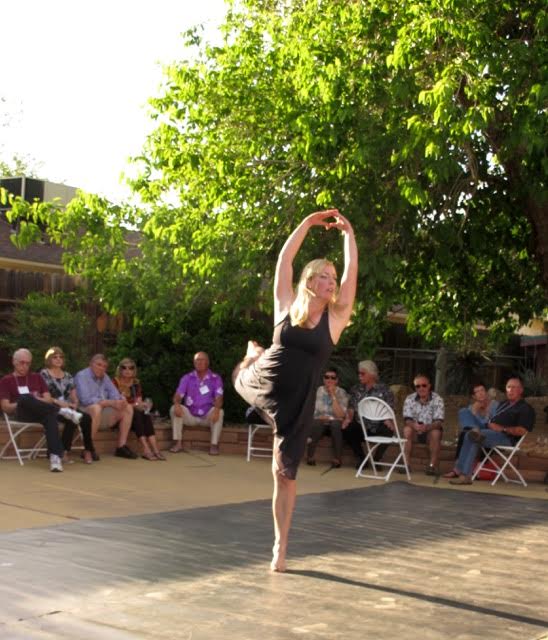 St. George Dance Company Director Summer Belnap Robertson and her dancers created a special piece to accompany the “Art in the Garden” exhibit at the DiFiore Center for Arts and Education; here St. George Wine Club members are treated to a preview of the performance, St. George, Utah, date not specified | Photo courtesy of Marianne Hamilton, St. George News

After COVID-19 pause, Art Around the Corner brings sculptures to downtown St. George