HURRICANE — A two-car collision in Hurricane Friday evening sent one man to the hospital while all others involved in the crash walked away uninjured – including 3 children.

At approximately 6:45 p.m. officers were dispatched to a two-car collision in the intersection of state Route 9 and Telegraph Street, Hurricane City Police Officer Jeff Adams said.

As officers and emergency personnel arrived they found a turquoise 2005 Saturn 4-door sedan, Adams said, smashed into the rear bumper of a 2003 Chevy Express van.

As officers approached the Saturn they found the driver, a 33-year-old male, injured in the driver’s seat of the vehicle, he said.

“The man apparently struck the windshield during impact,” Adams said, “and was bleeding from a head wound when we found him.”

Officers also found three children, a 10-year-old male and two females, ages 8 and 4, Adams said, sitting in the back seat. All three were shaken but uninjured.

“Thankfully the children were properly restrained in the back seat,” Adams said, “or the accident could have been much worse.”

The man driving the Saturn was subsequently transported to Dixie Regional Medical Center in stable condition, the officer said, to be treated for his injuries.

During the preliminary investigation officers determined that the Saturn was travelling eastbound on SR-9, and approaching the intersection with Telegraph Street. The driver of the van — also eastbound — was stopped at a red light. The driver of the Saturn did not slow as he arrived at the intersection, and had to slam on his brakes, sending his vehicle into an uncontrolled skid. The Saturn continued skidding until it crashed into the rear of the van that was still stopped at the traffic light.

At the point of impact the Saturn driver was thrown forward and his head cracked the windshield, resulting in a head wound that required medical treatment.  According to police the man wasn’t wearing a seat belt.

The driver of the van was wearing his seat belt and reported he was uninjured.

Both eastbound traffic lanes were impacted for approximately 45 minutes, Adams said, and were completely blocked immediately after the crash.

Officers then diverted both eastbound lanes into the left turn lane at the intersection, allowing cars to go through until the vehicles were towed and debris was cleared. 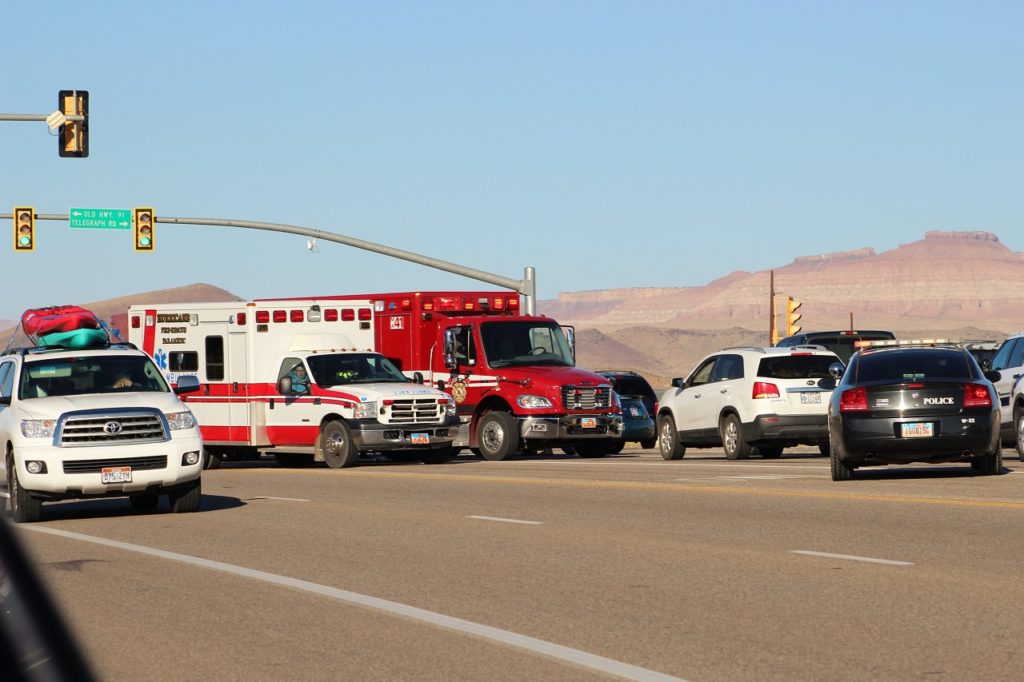 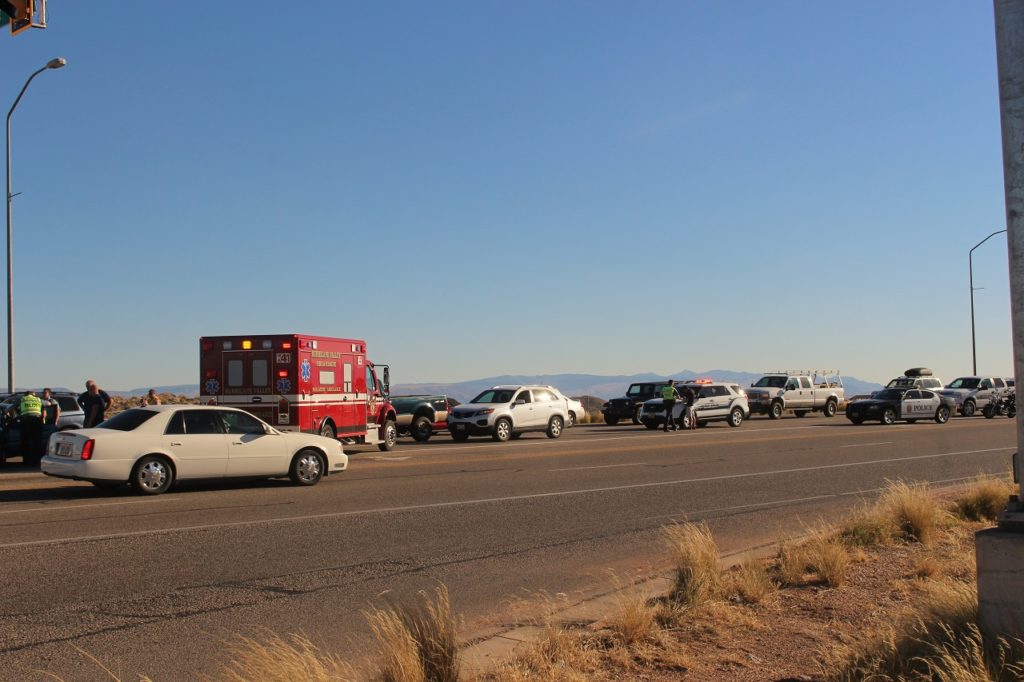 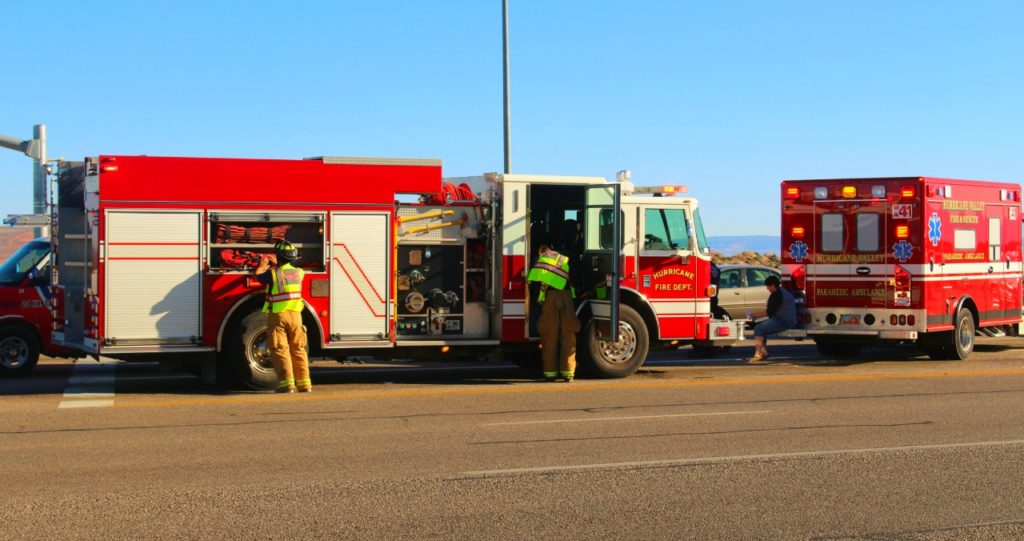 Driver transported in serious condition after T-bone collision in Hurricane