ST. GEORGE — Another two-car collision in St. George Friday evening joined the ranks of the nation’s most common type of collision reported on U.S. roadways.

Of the 6 million car crashes reported last year in the country, about 40 percent, or 2.5 million of them, were rear-end collisions, according to the National Safety Commission.

Upon arrival emergency responders found a disabled white Hyundai Sonata in the eastbound lane of 100 South, with a dark gray Toyota 4-door smashed into its rear bumper.

Both drivers were out of their cars when officers arrived. Minor injuries were reported with one occupant in the Toyota suffering from a tongue that was bitten during the crash, McDaniel said.

After speaking with witnesses officers determined that the woman driving the Hyundai approached the intersection as the light was turning from green to yellow, he said, and the woman stopped before entering the intersection.

Meanwhile the man driving the Toyota thought the woman would go through the yellow light and increased his speed to make it through right behind her.

The man then slammed on his brakes once he realized the Hyundai was stopped, but was unable to avoid the vehicle and slammed into the rear of the Hyundai.

The driver sped up as he approached the intersection, closing the distance between the two vehicles even more, while at the same time the woman driving the Hyundai was braking, making the collision inevitable.

“That half second made all of the difference,” McDaniel said.

All occupants were wearing their seat belts at the time of the crash, and there was no airbag deployment.

Both vehicles suffered extensive damage and were towed from the scene.

The man driving the Toyota was cited for following too close, the officer said.

Statistics from the National Highway Traffic Safety Administration show that every eight seconds there is a rear-end collision in the United States. Although the occupants in both vehicles involved can be injured, those in the front car generally suffer the worst injuries because they don’t have time to prepare for impact. 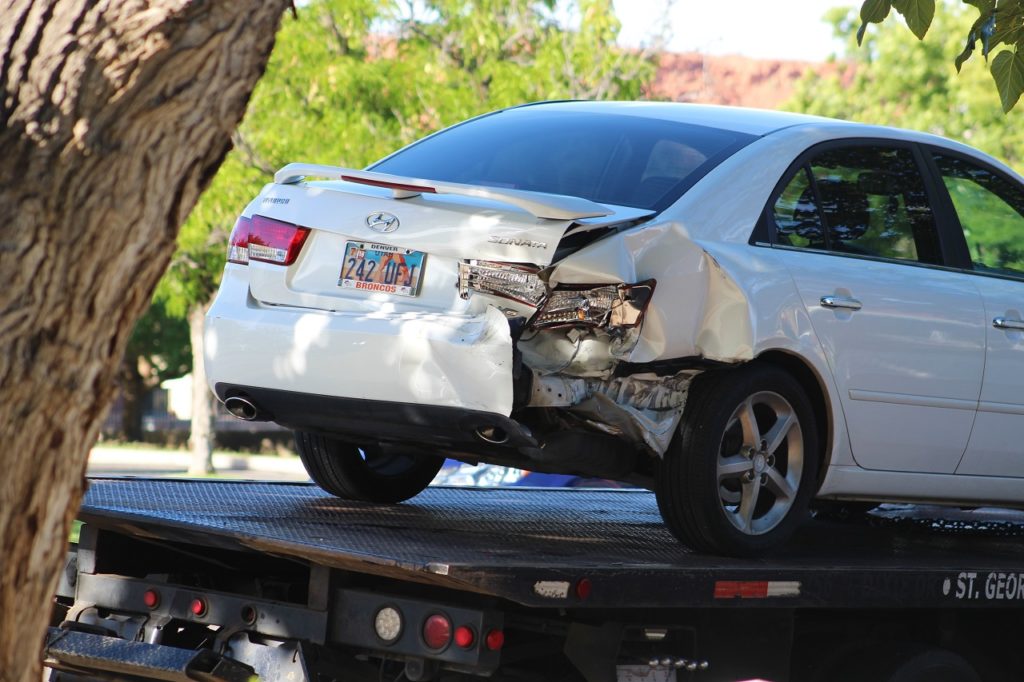 A white Hyundai Sonata was towed after a collision on 100 South at the intersection of Main Street in St. George, Utah, July 8, 2016 | Photo by Cody Blowers, St. George News 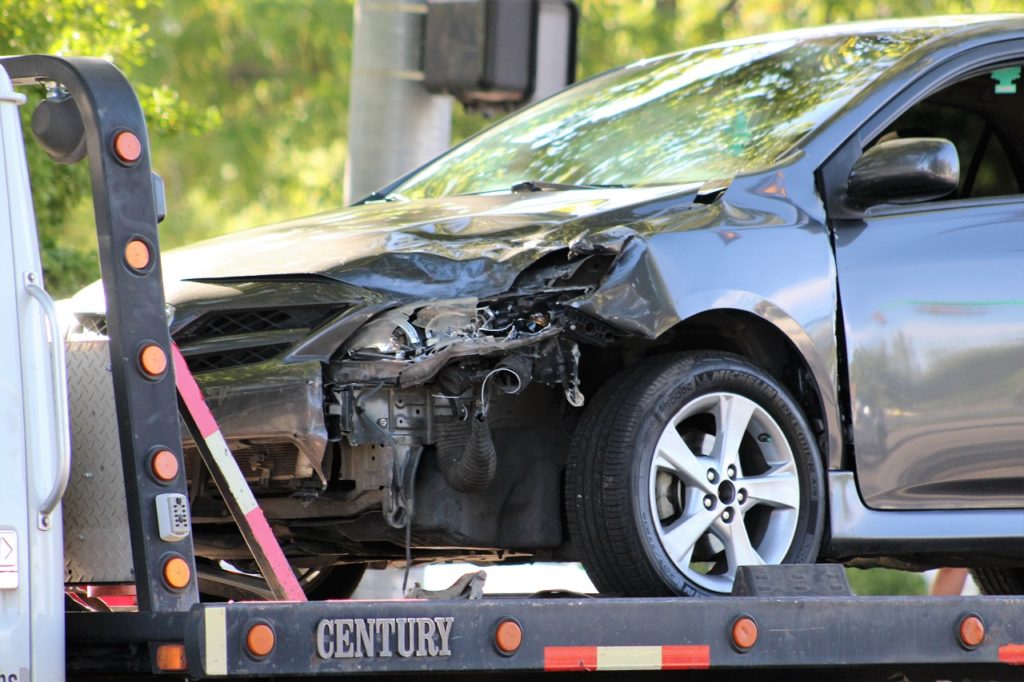 A gray Toyota four-door passenger car collided with a Hyundai on 100 South at the intersection of Main Street in St. George, Utah, July 8, 2016 | Photo by Cody Blowers, St. George News 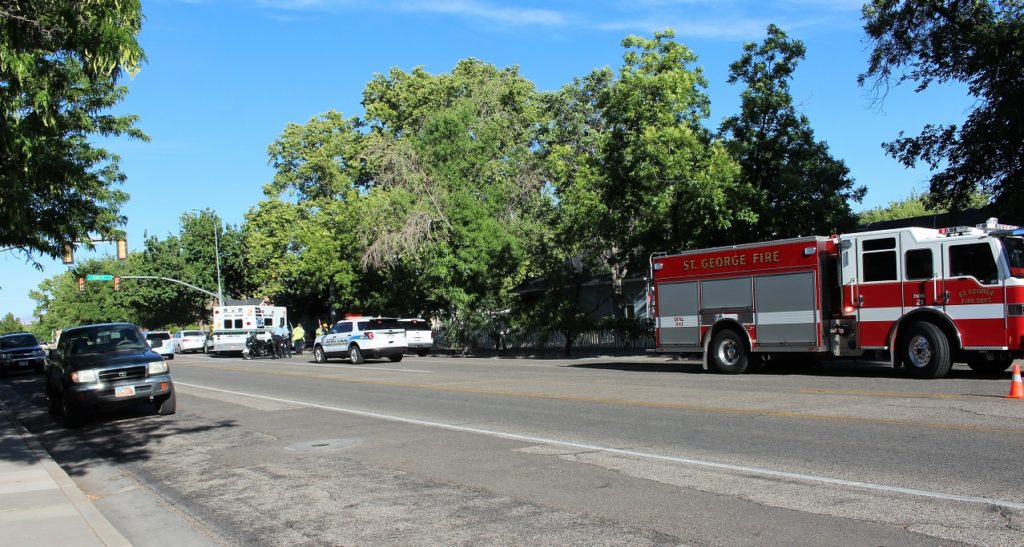 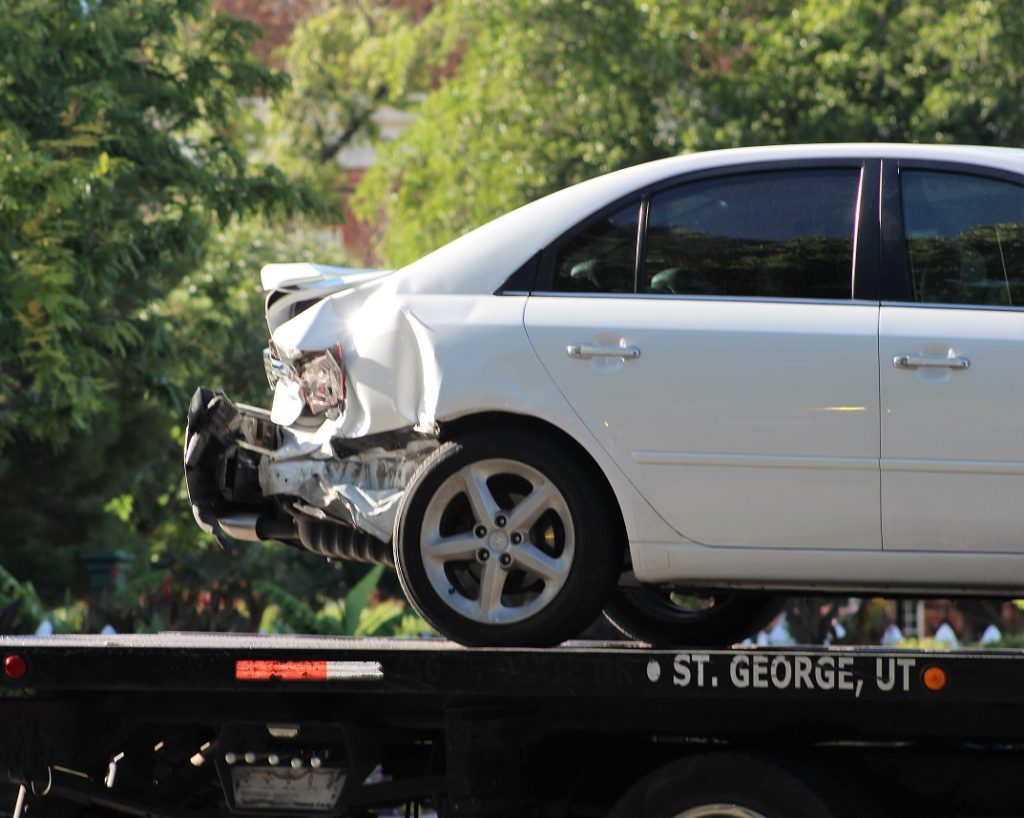 A white Hyundai Sonata was towed after a collision on 100 South at the intersection of Main Street in St. George, Utah, July 8, 2016 | Photo by Cody Blowers, St. George News

Back-to-back crashes cause major traffic snarl on I-15

Dirt bike crashes onto rider after getting snagged in sand