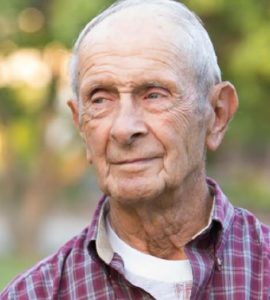 Orin Douglas Heideman, known as Heidie, passed away on June 29, 2016, of natural causes. He had been a resident of Toquerville, Utah, for 66 years. He was born in Romulus, New York, on August 20, 1920, to Dora Alexander and Ben Heideman. His mother died when he was 1 ½ years old and his father later married her friend, Theo Amsbury, whom Orin loved dearly. He had one sister, Eunice Dansbury Gingree. Since his father was a Presbyterian minister, they moved frequently throughout the Midwest.

Heidie studied political science and history at the University of Dubuque in Iowa. With the onset of World War II, he was drafted in the Army Air Corps. He flew 35 missions over Europe where he was a tail gunner flying B17s and B24s. He was a Purple Heart recipient.

He met Dixie Dee Kleinman at a dance in Santa Clara when he was on leave from Nellis Air Force Base in Nevada. They were married August 7, 1946.  They were sealed in the St. George LDS temple after he joined the church in April 1990. After living in Carlinville, Illinois, for four years, they moved to Toquerville, which they called home for the next 66 years. He always appreciated the warm, accepting welcome he received from the people of the community.  Orin and Dixie are the parents of three sons and three daughters, the grandparents of 15 grandsons and 15 granddaughters, and 70 great-grandchildren.

Heidie worked at the Iron Mines in Cedar City, the Hurricane Mesa and the Nevada Test Site including Area 51.  Locally, he served on the Toquerville town board and was a precinct chairman of the Republican Party for 20 years. Orin and Dixie were named the Republican volunteers of the year for their years of service in various capacities. Orin served on the Human Services Committee for the Five County Association of Governments for many years. 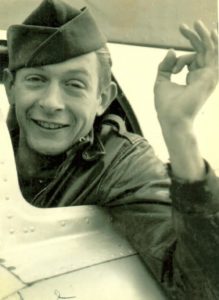 Heidie’s most notable gift was his ability to see the good in all people. He was everyone’s friend. He was a great supporter of local young men who were involved in athletics. He also loved spending time at the cabin on Kolob.

He is preceded in death by his wife, Dixie, and is survived by his children, Doug and Debra Heideman, Kent and Barbara Heideman, Paul and Carylee Heideman, Kay and Lynn Chamberlain, Jean and Don Jones, Ann and Mike Spilker and his grandchildren.